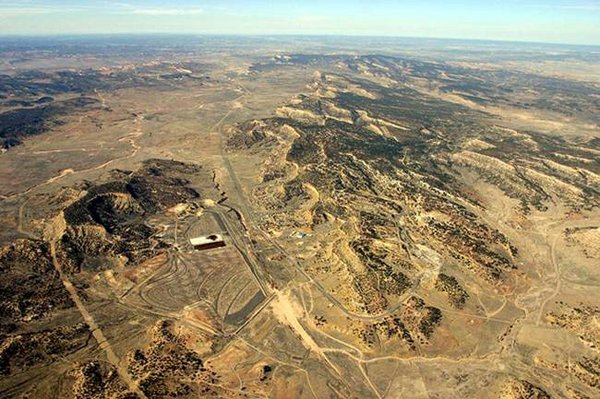 “Many Navajo people like the community members of Red Water Pond Road were raised and lived most of their lives amid mining activity or near abandoned uranium mines,” said Navajo Nation President Jonathon Nez in a press release on Friday. “Men worked in the mines without protection, their mothers and wives washed their clothes which were covered with radioactive dust, and their children played in ponds which were filled with radioactive effluent. Today, you heard firsthand accounts of how their lives have been adversely impacted by the uranium mining that was vital to the security of the United States.”

From 1944 through 1986, nearly 30 million tons of uranium ore were extracted from Navajo lands under leases with the Navajo Nation, according to the U.S. Environmental Protection Agency (EPA). During the Cold War, the federal government aggressively extracted uranium ore to make atomic weapons and when it ended, so did its extraction, leaving more than 500 abandoned uranium mines on the Navajo Nation today.

After the public meeting, the NRC held an official meeting to discuss the 2020-2029 plan to address the impacts of uranium contamination on the Navajo Nation. In October 2007, the EPA, the NRC, Bureau of Indian Affairs (BIA), the Department of Energy (DOE), and the Indian Health Service (IHS) developed a coordinated plan to address uranium contamination in consultation with the Navajo Nation, called the Five-Year Plan.

The 2020-2029 plan is an extension of the original Five-Year Plan, which aims to identify next steps in addressing the human health and environmental risks associated with the legacy of uranium mining on the Navajo Nation.

Mia Montoya Hammersley, Staff Attorney for New Mexico Environmental Law Center (NMELC), wrote in a Native News Online opinion piece in January, “[a]s with other environmental injustices, Indigenous communities and communities of color like mine have shouldered the greatest costs of nuclear weapons development, from uranium mining to nuclear testing. To those who believe the Trinity test was a necessary cost to safeguard our national security, the time has come to recognize and compensate downwinder communities for their sacrifice.”

The NMELC represents the Red Water Pond Community on the Navajo Nation and has worked with community members to ensure the protection of land, water, and air.

While the NRC's visit was unprecedented, they will "have to take significant and substantial policy initiatives to remedy the decades of the NRC's human rights abuses," NMELC Staff Attorney Eric Jantz told Native News Online. "Placing a moratorium on issuing new licenses to process uranium in communities that are already burdened by historic uranium development waste until historic waste is cleaned up to standards that the communities agree to is one such concrete step. Whether the Commission's visit was a sincere first step toward meaningful change or just another dog and pony show remains to be seen."