NICOA Brings Attention to Social Isolation and Loneliness Among Elders 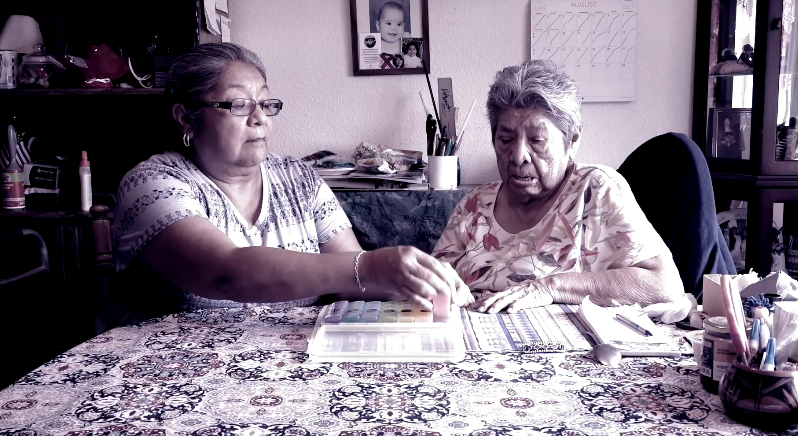 ALBUQUERQUE, N.M. — The National Indian Council on Aging (NICOA) on Tuesday launched a national campaign to address the issue of social isolation and loneliness among American Indian and Alaska Natives. The campaign aims to educate Native families about the health concern and recommend available resources.

The Connected Indigenous Elders campaign targets caregivers, youth and tribal leaders to engage and remind them that they all play an important role in our elders’ mental and physical wellness.

According to the Centers for Disease Control and Prevention (CDC), about one-fourth of adults 65 and older are considered to be socially isolated. Older adults are at increased risk for loneliness and social isolation because they are more likely to face factors such as living alone, the loss of family or friends, chronic illness, and hearing loss.

One study showed that prolonged social isolation can produce staggering effects that are as harmful as smoking 15 cigarettes a day and more harmful than obesity.

“We know that elders who are socially connected live longer, have less health problems and can have some protection from mental health issues such as dementia and Alzheimer’s,” NICOA Executive Director Larry Curley (Navajo) said. “Our elders are our culture and language keepers – they are the foundation of our communities.”

NICOA is focused on reducing isolation among American Indian and Alaska Native elders, he said.

“It’s hard to find data specific to American Indians and Alaska Natives. However, we did a focus group in New Mexico and we found that many of our elders and caregivers were dealing with stress from isolation.” Rebecca Owl Morgan (Eastern Band of Cherokee), NICOA’s project coordinator, told Native News Online.

“Covid has only heightened the challenges faced by people who live in rural remote areas. We know senior centers where our elders go for meals were shut down which means they were even more isolated. They did not have their friends to talk to and we began to see a decline develop when people cannot have that connection with others. We are real social creatures as humans,” she said.

Morgan says NICOA is always exploring ways to improve its programming to better serve Native American elders. The three-month campaign launched today is one such means.

Funded by a grant from the CDC Foundation, the campaign points to resources such as how to detect depression and tips for elders on how to stay socially connected on connectedindigenouselders.org. The website also contains information for caregivers, who are often family members juggling work, children and multiple responsibilities. The campaign encourages self-care among caregivers, who will be encouraged to enter an online contest for a drawing for personal care products.

Audio and video public service announcements about the issue, which intensified in many tribal nations during the height of COVID-19, will play on tribal radio stations across the country, including on Indian Health Service’s waiting room cable service, GoodHealthTV.

“A lot of Native people don’t know about services for elders that are available to them that already exist. We try to educate them about those services,” Morgan said.

#ConnectedIndigenousElders also persuades youth, who will also be encouraged to enter into an online contest on how they engage with their elders, to learn from and help take care of tribal knowledge keepers. Tribal leaders as decision-makers for elder programs will also be engaged.

For more information on the #ConnectedIndigenousElders campaign, go to www.connectedindigenouselders.org.