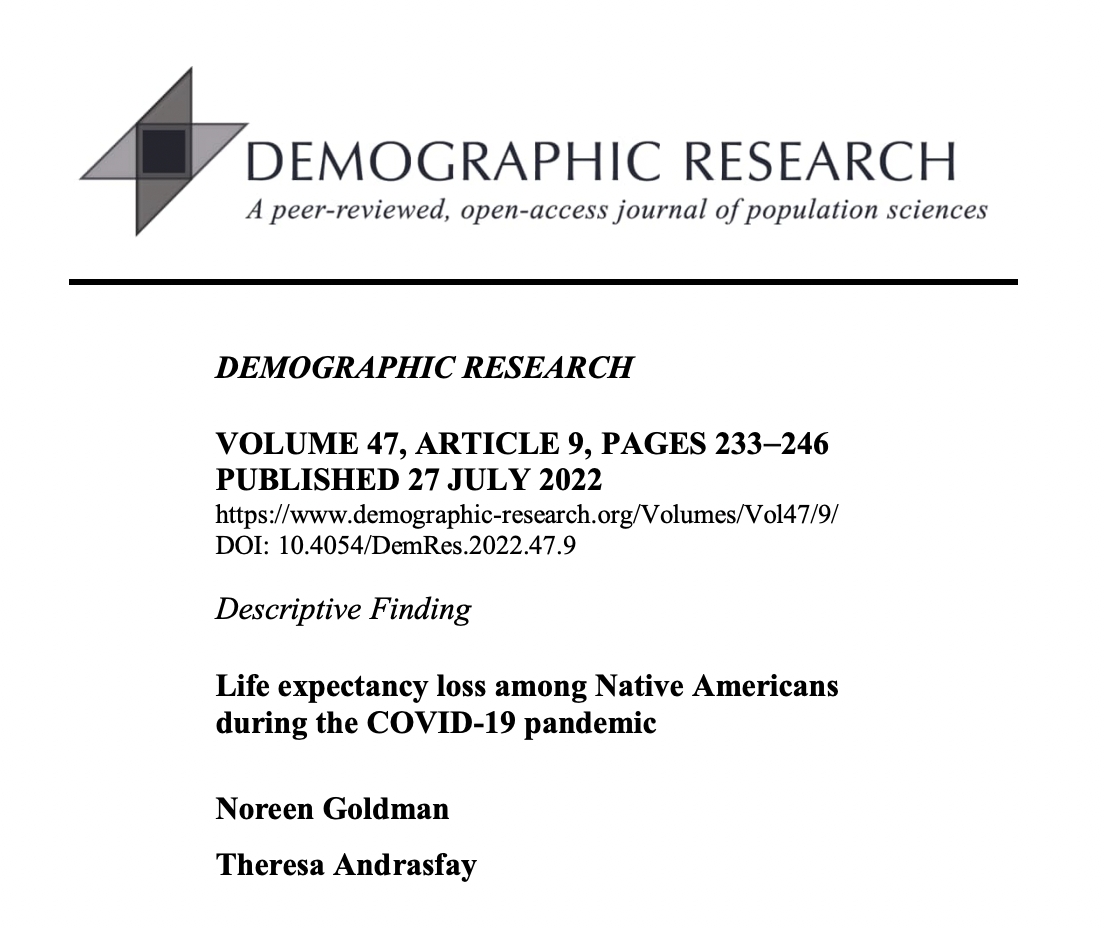 A study published on July 27, 2022 by researchers Noreen Goldman and Theresa Andrasfay shows a decline in life expectancy for Native American people during the COVID-19 pandemic.

Goldman and Andrasfay write that based on their research of two separated data collections, there is an estimated loss in life expectancy, at birth, for Native American people. Their work was published in peer-reviewed journal Demographic Research.

“We estimate that life expectancy at birth in 2020 and 2021 has declined to approximately 67 and 65 years, respectively, shockingly low values in a high-income country,” the study states. “These levels of life expectancy are far below those in every country in the Americas with the sole exception of Haiti.”

According to their research, underreporting of Native American race on death certificates made it difficult to find an accurate number, in the databases they studied.

“Before adjustment for racial misclassification, there were 4,265 Native American deaths in 2020 and 4,615 in 2021 for which COVID-19 was the underlying cause,” they write. “The median ages of these deaths declined from 69 to 65 years over this period, which, combined with the increase in numbers of deaths, suggests, contrary to expectation, that the loss in life expectancy at birth may be greater in 2021.”

In their study, they write that Native Americans are defined as those self-identifying in the U.S. Census as American Indian or Alaskan Native, excluding those also identifying as Latino.

Native Americans are 2% of the U.S. population, according to the Census Bureau.

They also state in the study: “As with the US population at large, it is also likely that detrimental health-related behaviors, such as smoking, drinking, and drug use, became more frequent during this time. There is already evidence of a more than 40% increase in fatal drug overdoses among Native Americans in 2020.” That number, they state that number exceeds increases for Whites and Latinos [in fatal drug overdoses].”

To read the study in full, please visit Demographic Research.