Data Genocide, Maternal Mortality, and a Return to Tradition 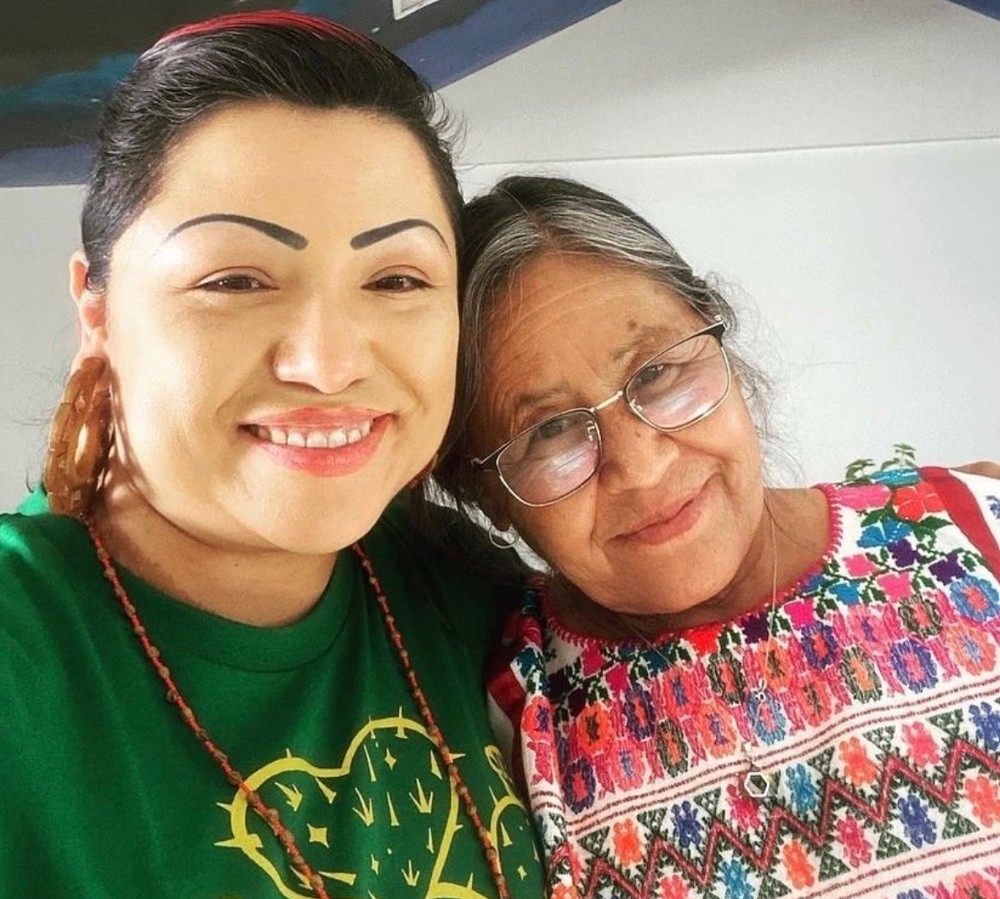 Chef Maria Parra Cano had just given birth to her third daughter. During a sacred time where parents connect with their newborn children, Parra Cano would be bedridden, at-risk of having a seizure, stroke, organ damage and even death. Parra Cano was diagnosed with postpartum preeclampsia, a serious disease that is related to high blood pressure.

In her prior pregnancies, she developed gestational diabetes and hypertension, or high blood pressure. Both went away within weeks of giving birth. However, the damage was done and Parra Cano, in between her second and third pregnancy was diagnosed with stage four liver disease.

According to a research review by Jennifer L. Heck, hemorrhage, cardiomyopathy, and hypertensive disorders - like gestational hypertension, eclampsia and postpartum preeclampsia - may account for nearly half of all pregnancy-related deaths for American Indian and Alaskan Native (AIAN) people.

Maternal mortality for Indigenous people during birth and within the first year postpartum is disproportionately high, yet little data seems to exist. A recent report by the Centers for Disease Control (CDC) about maternal mortality failed to include any statistics for American Indian and Alaska Native communities.

In an email, a representative from the CDC’s Media Office stated that “AIAN maternal mortality data was not included in this report since the number of deaths was too low for a rate.”

Abigail Echo-Hawk, director of the Urban Indian Health Institute, further explained that it is often the practice of the CDC to not include statistics for American Indian and Alaska Native people for fear of breaching confidentiality, which the CDC calls suppression for confidentiality. The other reason could be because the number isn’t high enough to calculate to provide reliable data, called suppression for reliability.

In addition, Echo-Hawk says the numbers and data for Indigenous people isn’t small, it’s just not being recorded correctly. This is an ongoing issue not just for maternal mortality but other data sets, too, including COVID-19.

“The reason they have such a small number of cases is because we have rampant racial misclassification of American Indians and Alaska Natives in data sets,” Echo-Hawk said. “In vital statistics, which is what they [the CDC] use, there are estimates up to 40% for racial misclassification of American Indian and Alaska Native peoples.”

Indigenous people are often misclassified by hospitals as white or hispanic.

“They may visually look at them, and decide what race and ethnicity they are,” she said.

The lack of data around issues that impact Indigenous people have far reaching consequences.

“At the Urban Indian Health Institute, we classify this as data genocide,” Echo-Hawk said. “Data is being used as a tool to make our community invisible. By making us invisible, the needs, the resources, that are treaty and trust responsibilities from the federal government are not fulfilled, because they say that we don't have the numbers.”

While conducting research for her article, “Maternal Mortality Among American Indian/Alaska Native Women: A Scoping Review,” Heck, assistant professor at the University of Oklahoma College of Nursing, found it difficult to find data sets.

“American Indian just had a little asterix or a dash or just nothing or sometimes it wasn't even a category,” Heck said. “It was just white, Black and other.”

“Unless we are raising our voices for our people who birth, they're going to die in silence and we cannot, as a community, allow that to happen,” Echo-Hawk said. “Our cultural values tell us that they are the most important in our communities, the life givers. We need to ensure that the lives of them and those that are birthing are the ones that we are fighting for every single day.”

“Indian Country is stepping up and is doing everything we can but we need the treaty and trust responsibility upheld. And the data is key to that,” Echo-Hawk said. “We have to show not only the disparities, but we need to be able to track the resiliency and outcomes of these incredible organizations and people who are working to end not only maternal death, but we have incredibly high rates of infant deaths within our communities.”

Beyond data sets and in community, Parro Cano is part of the growing movement of Indigenous people stepping up to end maternal mortality in the Indigenous community. Going through challenges during pregnancy, labor and delivery, and postpartum, were the reasons Parra Cano co-founded the Cihuapactli Collective, in Phoenix, Arizona, which provides a support system for birthworkers, parents and community.

During her first pregnancy, Parra Cano felt very alone, as she had just lost her mother months before.

“I felt very disconnected in a sense,” Parra Cano remembers.

Soon, she put a call out asking for community help and the call was answered. At first it was just a coffee and chat with other urban Indigenous people in Phoenix that blossomed into the collective.

The collective and her husband prepared plant-based ancestral foods for her while she was bedridden. They made her different tea remedies and helped take care of her three children. It was this support that made all the difference.

“What the research says is one thing,” says a post on the Cihuapactli Collective social media. “The preservation of ancestral knowledge is something completely different.”