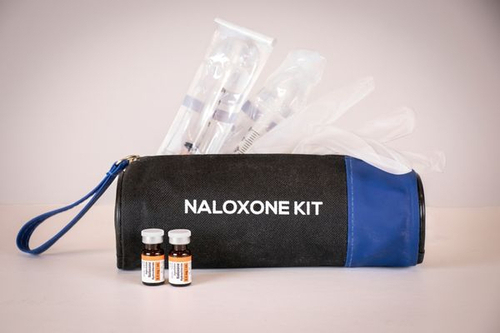 GREAT FALLS, MT — The Blackfeet Tribal Council voted last week to mandate employees from all tribal offices, schools, and businesses — including its Glacier Peaks Casino and Hotel — be trained to administer NARCAN.

NARCAN is a brand name for Naloxone, a medication used to reverse or reduce the effects of opioids.

"The Blackfeet Tribal Gaming Commission reported a drug overdose and exposure to one of our security officers," Lyle Rutherford, Chair of the Blackfeet Tribal Council and the tribe's law and order committee, told Native News Online. "He recommended that it would be in the best interest to look at providing Narcan training not only at the casino but to the entire reservation."

According to the National Institute on Drug Abuse, Naloxone can quickly restore normal breathing to a person if their breathing has slowed or stopped because of an opioid overdose. Naloxone comes in two FDA-approved forms: injectable and prepackaged nasal spray. The drug only reverses overdoses in people with opioids in their systems.

"We have seen a greater need in combatting drug overdoses in the community," Rutherford said. "Drug activity that develops on the west coast, from Seattle, Tacoma, Spokane, eventually [finds] its way here. We knew that fentanyl was coming."

According to the Drug Enforcement Agency (DEA), fentanyl is 50-100 times more potent than morphine. It is pharmaceutically manufactured for the pain management of cancer patients and is often added to heroin to increase its potency. Many illicit drugs are mixed with fentanyl, resulting in drug overdose deaths.

The Blackfeet Indian Reservation is home to 17,321 citizens and is one of the ten largest tribes in the United States. Last year, Rutherford said the Blackfeet's sister tribes in Canada— Siksika, Kainai, and Piikani First Nations — dealt with a drug epidemic.

"They lost a lot of individuals in the last year," Rutherford said. "We passed this mandate to be proactive for our community."