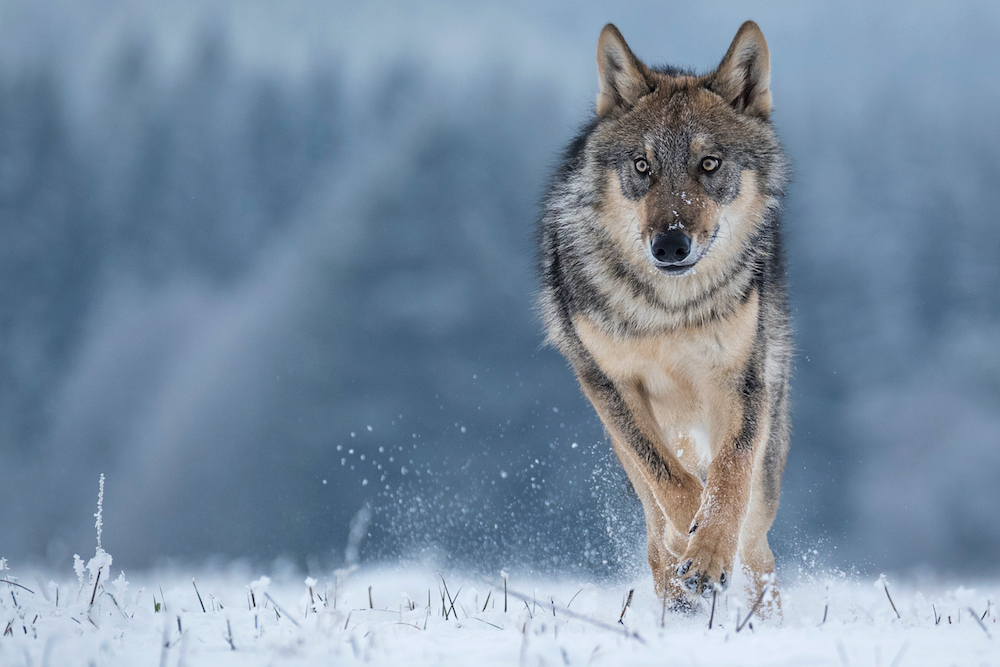 Wisconsin’s Natural Resource Board approved a quota of 300 wolves for the upcoming November hunt, more than double the quota of 130 proposed by the Department of Natural Resources – a recommendation that is also considered by experts to be too high and not supported by scientific data and analysis, according to the legal filing.

This November proposal follows a disastrous February hunt, the Tribes claim. The Ojibwe tribes asserted a treaty-protected right to half of the wolves in ceded territory in Wisconsin in order to protect those wolves from Wisconsin’s rushed and ill-advised hunt. Nevertheless, in just three days, hunters using packs of dogs, snares, and leg-hold traps killed 218 wolves, exceeding both the state and tribal quotas, and killing up to a third of the state's population, according to a news release issued by Earthjustice, which represents the tribes.

[RELATED:  Secretary Haaland, From One Indigenous Mother to Another: If Not Now, When Will You Reverse Trump on Wolves?]

“In our treaty rights, we’re supposed to share with the state 50-50 in our resources and we’re feeling that we’re not getting our due diligence because of the slaughter of wolves in February,” John Johnson, Sr., president of Lac du Flambeau Band of Lake Superior Chippewa Indians, said in a statement. “The out of state hunters are petitioning the courts just so they can hunt, not to protect the resources. The Ojibwe are accountable for everything when we hunt, fish, and gather any resources.

“We’re looking out for the next seven generations of our children. When we know it’s wrong to hunt, we don’t harvest. We step back and assess the damage. We take care of our community in a good way as others should,” Johnson, Sr. said.

“The Ojibwe understand that a healthy wolf population is critical to a healthy ecosystem.  The bands have asserted their treaty-protected rights to their share of the wolves to ensure that a healthy wolf population is protected in Wisconsin.” Gussie Lord, Earthjustice Managing Attorney of Tribal Partnerships, said in a statement. “The state trampled the tribes’ rights, and we are in court today to try to make sure it doesn’t happen again.”

This new lawsuit accompanies an existing challenge by Earthjustice to the Trump administration’s decision to remove wolves from the Endangered Species Act. The U.S. Fish and Wildlife Service made its decision against the advice of scientists who say wolves are still functionally extinct in the vast majority of the places they once inhabited and need continued federal protections in order to survive and recover.

Traditional ecological knowledge and western science both show us that wolves have a legitimate and important ecological role on the landscape. Scientists and the general public have joined the tribes in moving beyond the historical myths that have driven wolf persecution in Wisconsin. The tribes assert that some members of the Wisconsin Natural Resource Board cling to a false narrative that not only weakens the health of ecosystems, but ignores the tribe’s treaty reserved rights.

“Ma’iingan (the Ojibwe word for wolf) is telling us to put into practice the art of listening. We believe there’s a reason why things happen,” said Marvin Defoe, Red Cliff Tribe’s representative on the Voigt Inter-Tribal Task Force. “That listening is part of what’s going on with the world. To the Anishinaabe, the Ma’iingan are our brothers. The legends and stories tell us as brothers we walk hand in hand together. What happens to the Ma’iingan happens to humanity.”