Secretary Haaland, From One Indigenous Mother to Another: If Not Now, When Will You Reverse Trump on Wolves? 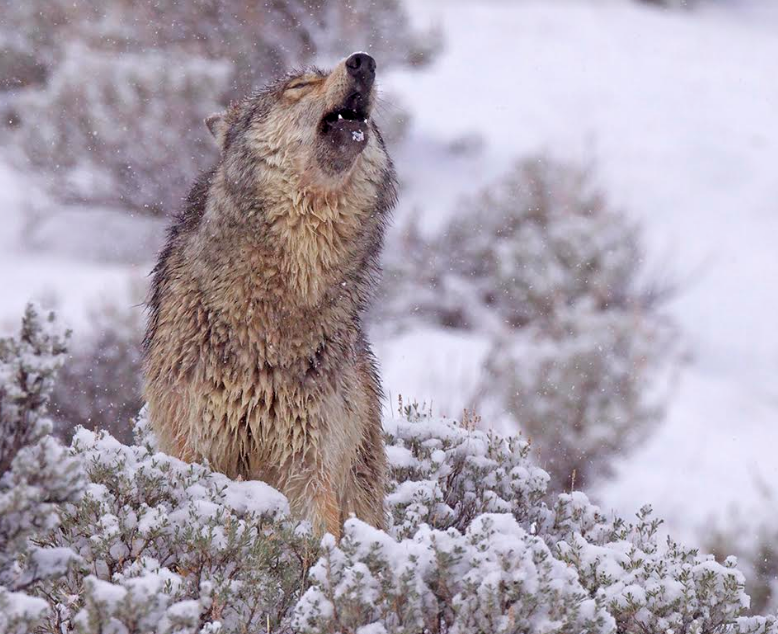 Thanks to a recorded interview made public by Pulitzer Prize-winners Carol Leonnig and Phil Rucker, we’ve learned that former President Donald Trump now has other culprits to vilify in his Big Lie. “Indians that got paid to vote in different places” has been added to his roster of delusion.

In the real world, tribal people have been subjected to decades of voter suppression efforts that after the Big Lie are more blatant than ever. “You took our land. You took our children. Now you’re taking our vote?” That slogan on billboards posted by Four Directions and the Global Indigenous Council tells you exactly where we are.

It’s no surprise or secret how we got here. The Trump Administration routinely ignored its fiduciary obligation to hear and consider tribal voices in federal actions. The Trump rule to delist the gray wolf from the Endangered Species Act (ESA) is one egregious example. This rule was formulated without the mandated “thorough” and “meaningful” government-to-government tribal consultation that is, as Trump’s former Secretary of Interior, Ryan Zinke, testified, “the law.”

Due to the immense cultural significance the wolf holds for a multitude of Indigenous cultures, organizations representing some 200 tribes submitted official communications to the Trump Administration opposing the delisting of the wolf from the ESA. All were ignored. Several of those have just restated their objections to Secretary of Interior Haaland.

Two days before Trump incited the insurrection at the US Capitol on January 6, the wolf rule was enacted. What tribal leaders warned of soon came to pass under the jurisdiction of the Wisconsin Department of Natural Resources, as 86 Members of Congress recently outlined in a letter to Secretary Haaland. “With a quota of 119 wolves,” they wrote, “the hunt was called off after 218 wolves, half of which were females and likely pregnant, were slaughtered in just three days.”

It wasn’t hard to predict. Since 2011, when ESA protections were stripped from wolves in Montana, Wyoming, and Idaho, approximately 3,500 have been trophy hunted and trapped. To put that into context, the Interior Department estimates that the wolf is functionally extinct in over 80 percent of its historic range, with only 6,000 surviving. Now, Montana and Idaho have passed laws evocative of the Old West frontier, aiming to cull remaining wolf populations by 85 percent and 90 percent respectively.

Trophy killing a sacred being like the wolf that is fundamental to our ceremonies and spiritual lifeway is a violation of our religious and spiritual freedoms. We made a short film, “Family,” which offers a vignette of the ancient connection Indigenous people share with the wolf. In its first week of release in July, over 170,000 people viewed it on multiple platforms. That overwhelming public sentiment to reverse Trump’s delisting rule is supported by over 400 scientists, some 115 of which have already written to Secretary Haaland urging her to reinstitute federal protections.

What is happening to the wolf is a social justice issue for tribes. Indigenous people, Black, Brown, and Asian citizens, have been disenfranchised from our public lands, our wilderness areas, and many of our most iconic national parks – all of which are traditional tribal lands. The federal government is still adhering to theories on “land management” and “wildlife management” that were established by white supremacists and eugenicists in the early 1900s, exemplified by Madison Grant. We need to ask why?

“When the mountains next call you or you take a hike in a National Forest, pause to remember that you have entered what was a laboratory for the advancement of eugenicist theory. They ransacked, pillaged, murdered, and sterilized us for your walk in the park. This is the very definition of systemic and institutionalized racism. It is inescapable, but at the same time, largely unnoticed,” writes Rain, the director of “Family,” in his forthcoming book, Psycho/Pathogen. It is essential reading for America’s conscience.

Initiated by the Global Indigenous Council in 2019, over 100 tribes have signed “The Wolf, A Treaty of Cultural and Environmental Survival” which has been lauded as a blueprint for wolf management. It has been reported that Secretary Haaland will receive the treaty from a tribal delegation at the end of September. It is heartening to see so many tribal organizations and tribes now taking the path the Global Indigenous Council established to save the wolf, and by doing so, a critical part of our cultures.

However, we cannot ignore the fact that if Secretary Haaland leaves this Trump rule in place, it will serve to validate his administration’s appalling legacy of dishonoring the federal-Indian trust responsibility, and it will directly contradict President Biden’s “Memorandum on Tribal Consultation and Strengthening Nation-to-Nation Relationships.” Nothing in Secretary Haaland’s record in Congress suggests that she would choose to do that.

This trophy killing of wolves is a manifestation of the continuing assault on Indigenous cultures. Sadly, we are all too familiar with the term MMIWG and the ongoing tragedy. As Indigenous women, we continue to be stalked and hunted too. Change is long overdue. Secretary Haaland, from one Indigenous mother to another, I ask if not now, when?

Crystle Lightning is an award-winning Indigenous actress (Yellowstone/Trickster), recording artist, DJ, and hip-hop MC. She recently won the Canadian Screen Awards Best Lead Actress in a Drama Series for Trickster. A member of the Enoch Cree Nation, she holds dual citizenship with the US and Canada under treaty law. In July she narrated "Family," a film appealing to Interior Secretary Haaland to relist the wolf under the ESA.