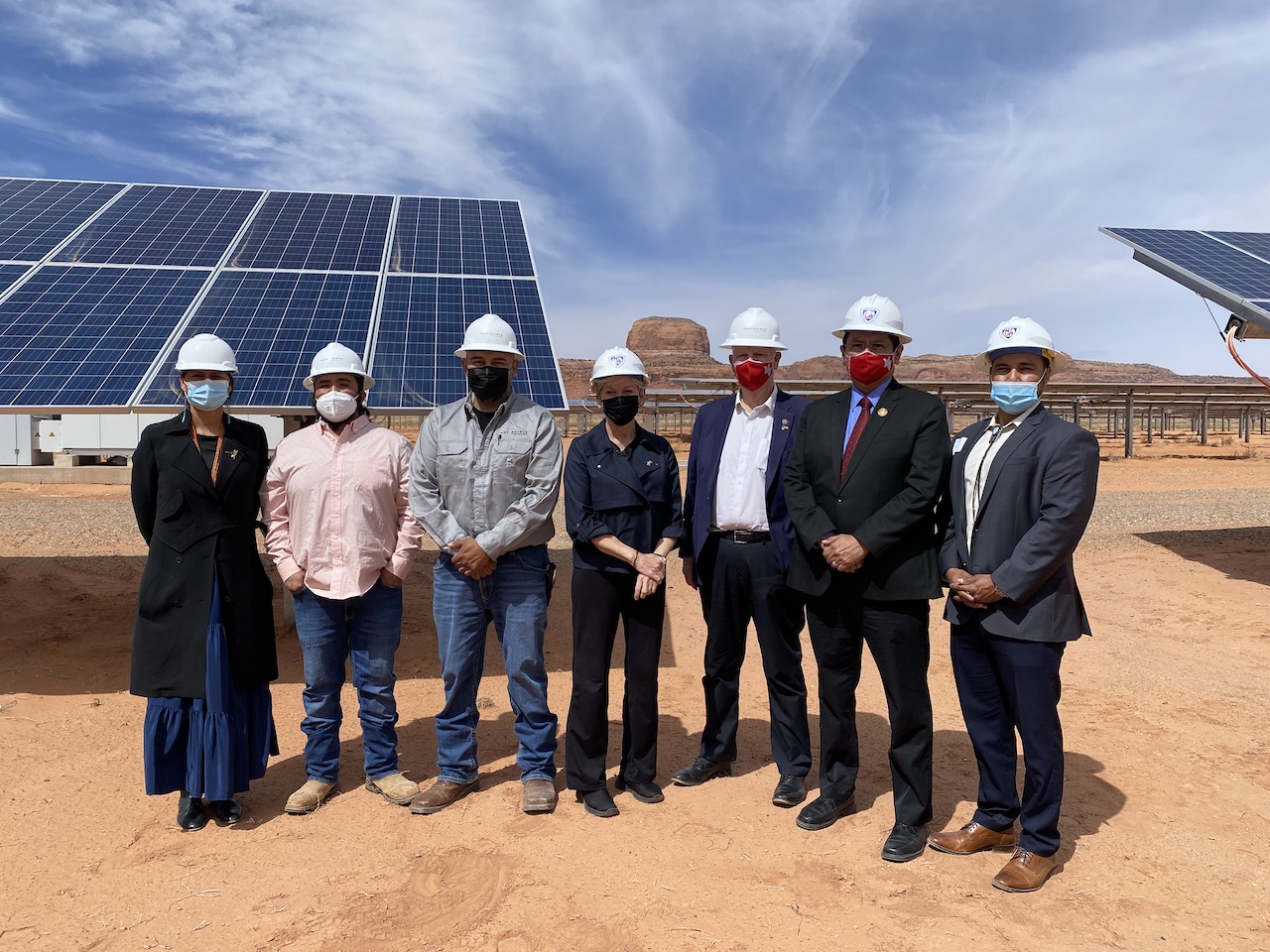 Granholm was joined by Rep. Tom O’Halleran (D-AZ) and Navajo Nation President Jonathan Nez in Kayeta, Arizona, where their conversation centered on the Nation’s recent $1.2 million grant from the U.S. Energy Department to construct a solar microgrid and battery storage to provide clean electricity for 24 tribal homes.

“Through the hard work of the Kayenta community, 24 Navajo families will have clean electricity in their homes for the very first time. This is a remarkable achievement thanks to the collaboration of the Navajo Nation and the Biden-Harris Administration,” Nez said in a statement. “This very productive dialogue also included perspectives and input from the grassroots level.”

Granholm also visited the Kayenta Solar facility that provides over 55-megawatts of solar energy that electrifies approximately 36,000 homes on the Navajo Nation, in addition to the 24 homes in Kayenta that will benefit from the clean electricity project. The project's total cost is estimated to be $2.8 million, with additional funding from the Navajo Nation.

Since taking office, Nez along with Vice President Myron Lizer have supported additional solar facility developments in the communities of Cameron, Red Mesa, and Huerfano to build the Navajo Nation’s cleaner energy portfolio.