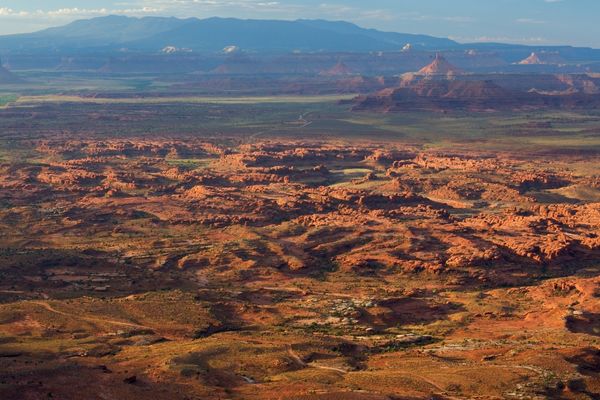 SALT LAKE CITY — On Friday, Dec. 9, the Hopi Tribe, Navajo Nation, Ute Mountain Ute Tribe, and the Pueblo of Zuni intervened in two lawsuits that aim to restore the original boundaries of the Bears Ears and Grand Staircase-Escalante National Monuments in Utah.

In 2017, former President Trump shrunk the boundaries of both monuments, which conservationists and Tribes argue stripped protections of American Indian religious sites.

“Bears Ears sustains life,” Zuni Pueblo Lieutenant Governor Carleton R. Bowekaty said in a statement. “Bears Ears provides food, medicine, cultural items, and ceremony sites. As sovereign nations and Bears Ears National Monument co-managers, we have the right to intervene in these lawsuits. As stewards and people of this land, we hold a responsibility to protect Bears Ears.”

The state of Utah is challenging President Biden’s attempt to restore the original boundaries of both national monuments, saying that the Antiquities Act is illegal. Signed by President Theodore Roosevelt on Jun. 8, 1906, the Antiquities Act was the first U.S. law to provide general legal protection of cultural and natural resources of historic or scientific interest on Federal lands. The law set an important precedent by asserting a broad public interest in the preservation of resources on Federal lands, says the Department of Interior.

President Biden issued a proclamation on Oct. 8, 2021 that “confirmed, restored, and supplemented the boundaries and protection” for Bears Ears after recommendations by Interior Secretary Deb Haaland.

“Restoring the Bears Ears National Monument honors the special relationship between the Federal Government and Tribal Nations, correcting the exclusion of lands and resources profoundly sacred to Tribal Nations and ensuring the long-term protection of, and respect for, this remarkable and revered region,” reads the proclamation.

According to the Center for Biological Diversity, Bears Ears National Monument is home to ancient cliff dwellings, more than 100,000 Native American cultural sites, innumerable historic landmarks, and iconic wildlife such as bears, bighorn sheep and mountain lions. Tribes still have ceremonies within the park and consider it sacred.

President Clinton designated the Grand Staircase-Escalante National Monument in 1996. It’s often described as a “dinosaur Shangri-la” because its dinosaur fossils are not found anywhere else in the world. Since it was protected, paleontologists have unearthed fossils from 21 previously undiscovered dinosaur species.

Between the Trump and Biden proclamations, private interests have attempted to exploit the Bear Ears region, which has drawn people to its location for more than 13,000 years, according to the Native American Rights Fund (NARF). The oil and gas industry requested to exploit 60,000 acres within the original monument boundaries to the Bureau of Land Management, said NARF.

“The two lawsuits seek to eviscerate the Antiquities Act and deprive Bears Ears of the protections it so desperately needs,” said NARF Deputy Director Matthew L. Campbell in a statement on Dec. 8. “The tribal governments will fight to protect these places.”