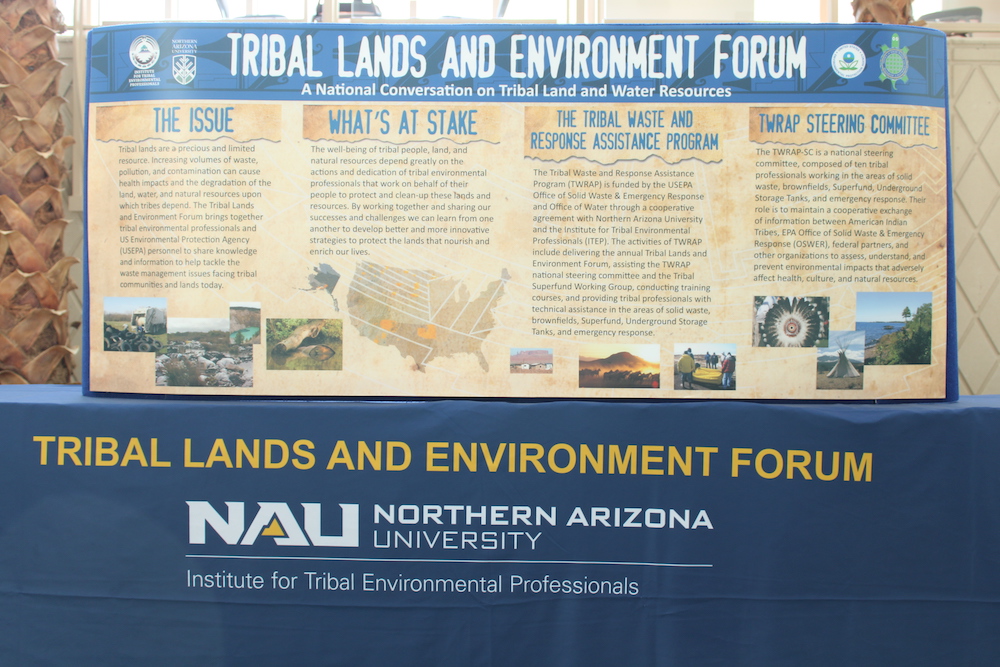 MILWAUKEE—The Tribal Lands and Environment Forum convened its eleventh annual forum today at the Wisconsin Center in downtown Milwaukee. The annual event is organized largely by the Flagstaff, Ariz.-based Institute for Tribal Environmental Professionals (ITEP) at Northern Arizona University, the Tribal Waste and Response Steering Committee, and the US EPA’s Office of Land and Emergency Management.

Usually, the conference has a theme to the annual event, but organizers said this year’s agenda was so diverse that it was difficult to focus on one theme. However, the agenda of the conference is largely funded and influenced by the EPA’s Office of Land and Emergency Management, according to said ITEP Director Mehrdad Khatabi to Native News Online.

“Funding largely comes from the EPA’s Office of Land and Emergency Management—it drives the agenda,” ITEP Director Mehrdad Khatabi told Native News Online. “Tribal professionals and representatives from various environmental organizations, including the US EPA, come to share ideas of how they are dealing with waste and resources on tribal lands.”

More than 400 professionals from various Tribal Nations, nonprofit organizations, and other federal and state agencies convened in Milwaukee to a robust agenda. Discussions on Superfund sites, the EPA’s Brownfield program, environmental justice, solid waste management, and what the Biden Administration is doing to comply with Indian Treaty Rights were some of the discussions highlighted in the agenda.

“We couldn’t go anywhere, or drive anywhere in the evening,” Navajo Nation Senior Environmental Specialist Vivian Craig said in her presentation on Tuesday afternoon. “Every weekend was eery and quiet due to weekend curfews and travel restrictions.”

“The Navajo Nation will be feeling the effects of the pandemic for years to come,” she said.