Reporter's Notebook from the Society of Environmental Journalists 2022 Conference, Day One 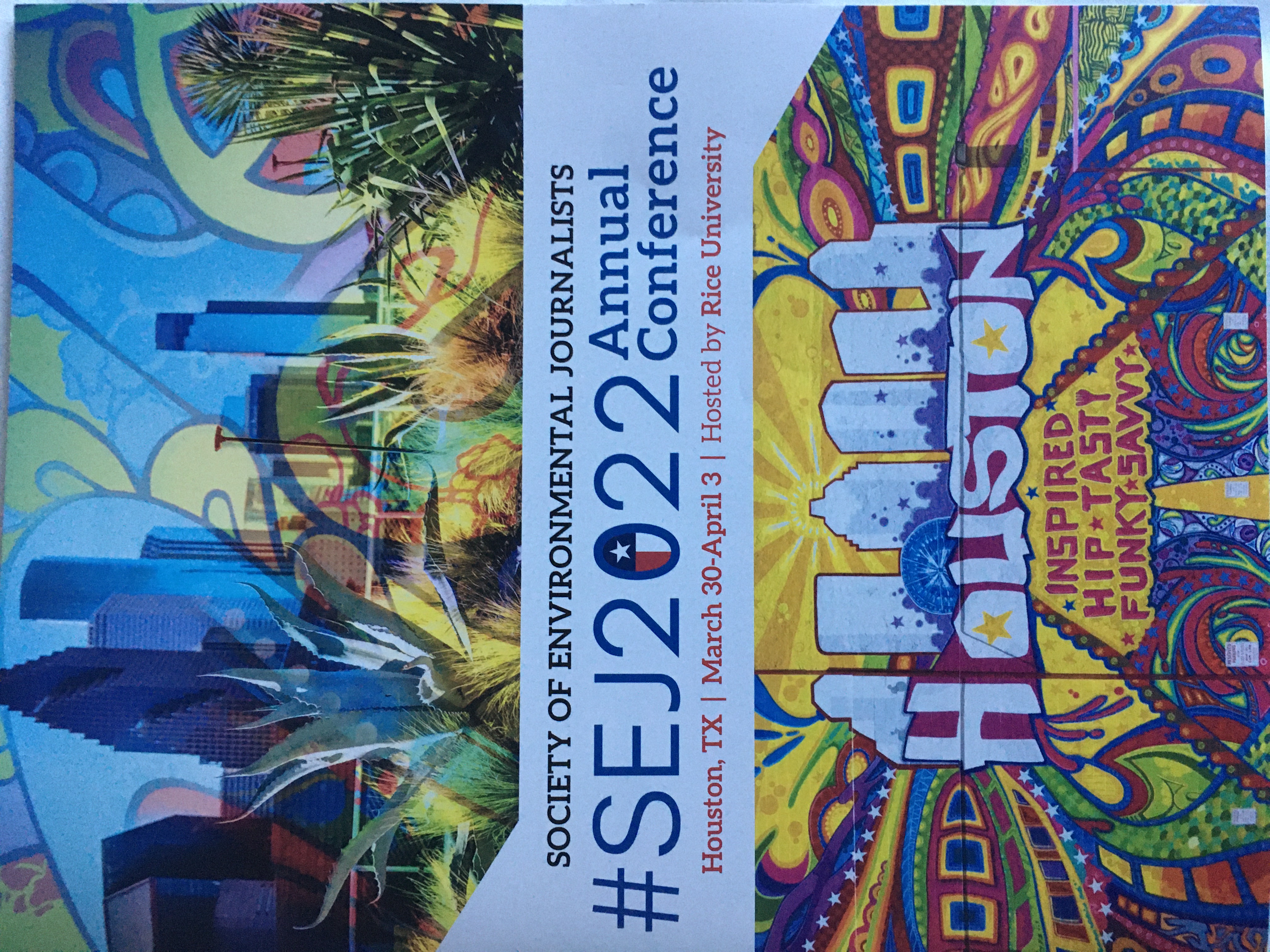 Journalism is inherently an extractive industry.

Reporters often don’t think so, and many would huff, cluck, and protest that statement.

That’s OK. What’s a reporter without the opinions they aren’t aware they have?

You see, in the environmental journalism field, “extractive industry” is mining, oil, gas, water, etc. The industries taking from the Earth, leaving a wake of ecological catastrophe behind.

But journalism often does the same thing, only instead of taking from the Earth, reporters take from sources. They take stories, and they look at their sources, the issues, through their own lens–a lens colored by education and narrowed by homogenized culture and experience foreign to those they are covering.

And then, they wonder: ‘Why don’t Indigenous people (or Black, or Brown, or Poor) people want to talk to me? I just want to help them tell their story.’

And that is where the extraction begins: The taking without giving. The assumption that Indigneous, Black, Brown, Poor people are just waiting for a reporter to come in and save them. Waiting for a reporter to take their stories and profit from them, while their lives remain mostly unchanged–except for the residual anger of being used and discarded. Again.

From there, it often does not get better. Extractive behavior produces poor journalism, riddled with racist tropes, the kind of journalism documented by the Native American Journalists Association.

I’m thinking of this, as the first day of the Society of Environmental Journalists (SEJ) conference comes to a close. Full disclosure: I am a member of the Society of Environmental Journalists, and they generously gave me a “Diversity Fellowship” to attend their conference, an annual gathering of hundreds of reporters committed to covering the environment, along with experts from government, academia, and the private sector. It is, in many ways, a reunion of people who understand the issues, have known each other and their colleagues’ work for years, if not decades–along with students and those just starting their careers–and almost all genuinely want to learn more.

Today was a day of reunions and introductions, as we all slowly emerge from the cocoon of pandemic isolation.

With these first meetings come the questions from reporters: One conference attendee, minutes after meeting me, asked for source names in certain tribes, because no one in those tribes would speak with him.

That this might be extractive, a very physical and real-world form of mining, is rarely, if ever, mentioned.

Then there is the disconnect–not only from other people, but from the connectivity of our world.

I attended a workshop titled “Covering Oceans and Coasts,” with a specific look at the Gulf of Mexico and Atlantic seaboard. A reporter said to me over lunch, “Oh, I was interested in that, but I figured it wouldn’t matter to me. I’m in Michigan.”

And then I wondered, how can one who covers the environment think any part of this Earth is not connected to another?

She didn’t seem to get it. Or perhaps, once upon a time, she did understand, but had her understanding stolen, by someone many, many generations ago–well-intentioned and by violence.

These encounters reminded me of why I love working at Native News Online. There is an inherent understanding among us that we are all connected, that our environment is connected–not in some hippie-dippie, new age way, but in the old way of knowing that too many have forgotten. I don’t think I’ve ever worked with anyone like Levi Rickert, for example, our editor and publisher. When he listens, he listens, intently and not just with his ears, but with his heart.

Have you ever met a reporter who listens with their heart?

It is the antithesis of extraction. And it is far too rare in journalism.

And so I strive to listen with gratitude for all the Earth and the Sun, the Water and the Moon, the Plants, the Animals, the Birds, the Fish, the Stars, the Air, my Ancestors, and All Our Relatives, give to me.

And ask: How can I be a good relative?

We are, after all, connected.