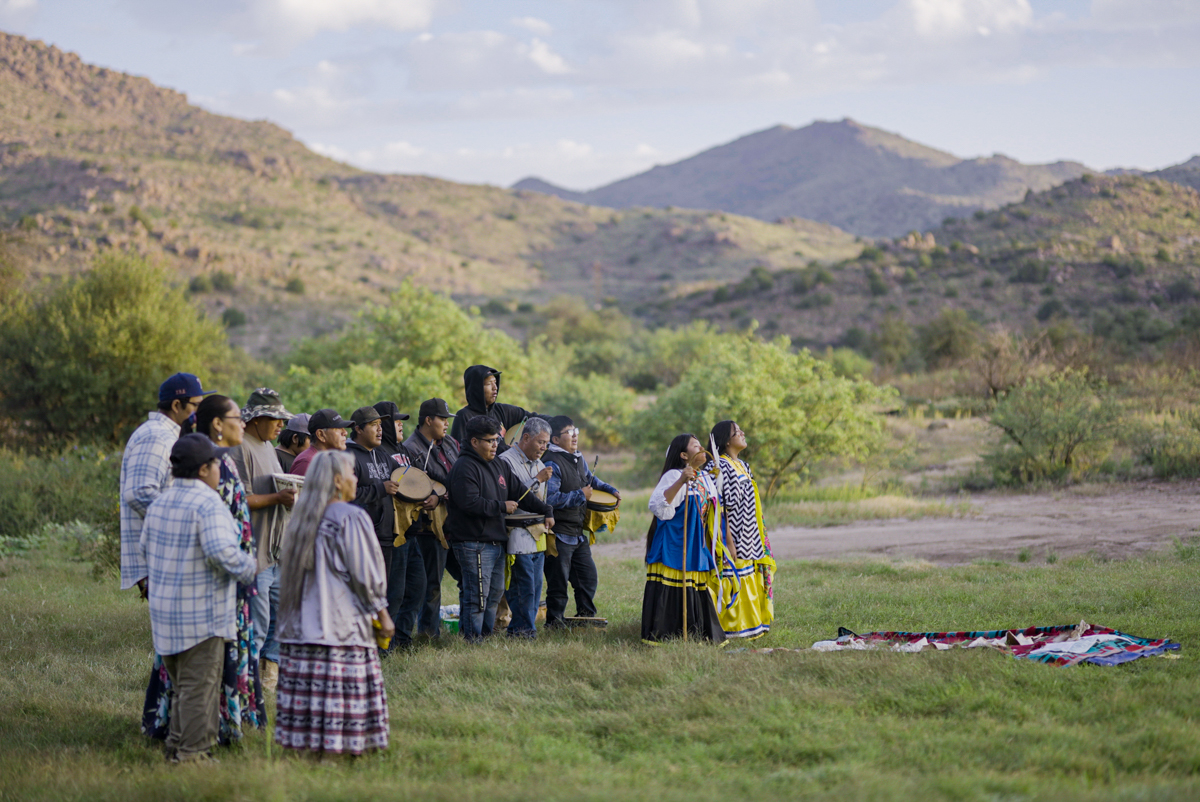 WASHINGTON —On Thursday, November 17, the U.S. 9th Circuit Court of Appeals decided it would rehear Apache Stronghold v. United States after ruling earlier this year that a private mine can proceed with operations while a lawsuit is pending.
The Apache Stronghold is arguing that efforts to develop an underground copper mine in the Tonto National Forest will destroy Oak Flat, a site considered to be sacred by the Apache and other tribes.

“Apache have gathered at Oak Flat to connect with our Creator for millennia, and we want to continue this sacred tradition,” Dr. Wendsler Nosie, Sr. of Apache Stronghold, said in a statement. “The government protects historical churches and other important religious landmarks, and our site deserves no less protection. We are glad the Ninth Circuit is going to take a closer look at this decision, and we hope it will do the right thing and protect Oak Flat.”

Oak Flat is recognized in the National Register of Historic Places, and its religious significance has been compared to that of Mount Sinai or St. Peter’s Basilica.

The majority of the court’s 29 active judges have voted to rehear the case and will convene a special panel of eleven judges to decide whether the law allows the government to destroy sacred sites. In its announcement last Thursday, the court announced that it will rehear the case en banc, meaning in front of a full 11-judge court instead of a three-judge panel, which is what it did earlier this year in June. The court requested to rehear the case, which is extremely rare, according to Becket Law. A call to rehear a case happens in less than 0.5 percent of cases the court hears.

“Upon the vote of a majority of non-recused active judges, it is ordered that this case be reheard en banc pursuant to Federal Rule of Appellate Procedure 35(a) and Circuit Rule 35-3,” wrote Chief Circuit Judge Mary H. Murguia on November 17, 2022. “The three-judge panel opinion is vacated.”

In June, Native News Onlinereported that the court ruled 2-1 that Resolution Copper can proceed with operations while Apache Stronghold’s lawsuit is pending. The project is a joint venture between Rio Tinto and BHP, both mining companies from Australia, and will result in one of the largest undeveloped copper deposits in the world near Oak Flat.

If the court determined it would not rehear the case, Apache Stronghold announced that it would appeal its case to the Supreme Court of the United States. The Apache Stronghold is represented by Becket Law, a non-profit public interest law firm based in Washington, D.C., and attorneys Michael V. Nixon and Clifford Levenson.

“The court now has an opportunity to correct its earlier mistake and protect Apache religious exercise at Oak Flat,” Luke Goodrich, vice president and senior counsel at Becket Law, said in a statement. “A win for Apache Stronghold will be a win for people of all faiths.”

In response to the ruling, a Resolution Copper spokesperson provided the following statement to Native News Online: “We understand that the 9th Circuit Court of Appeals has decided to rehear the case brought by Apache Stronghold. We respect the legal process and will await the 9th Circuit Court’s decision. At the same time, we believe that settled precedent supports the district court’s rejection of Apache Stronghold’s claims.

“There is significant local support for the Resolution Copper project, and we will continue our efforts to understand, address, and mitigate the concerns raised by others. As we build on the significant consultation undertaken over the past decade, the ongoing dialogue with local communities and Tribes continues to shape the project, the benefits it can provide, and the management of cultural heritage.”

Congress approved the transfer of the land to Resolution Copper in 2014 as part of the National Defense Authorization Act in exchange for 6,000 acres elsewhere. Resolution Copper plans to build a mine that is nearly 2 miles wide and almost 1,100 feet deep, which would contaminate the water and end Apache ceremonies at the site forever, say Apache Stronghold leaders. Congress has protected Oak Flat for more than six decades.

In its argument against the United States, Apache Stronghold argues that the transfer of land violates several laws and destroys their sacred site, which violates the Religious Freedom Restoration Act (RFRA) and an 1852 treaty promising that the United States would protect their land and “secure the permanent prosperity and happiness” of the Apaches.

Editor's Note:  This story has been updated to include a statement from Resolution Copper.