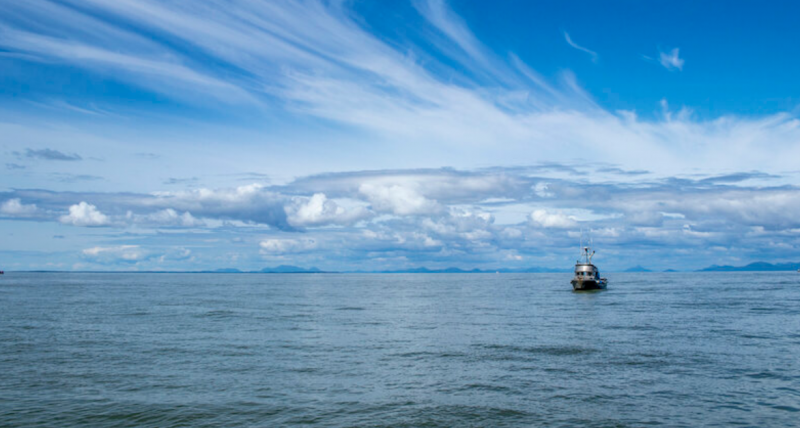 WASHINGTON — The Environmental Protection Agency (EPA) announced on Thursday it will seek to vacate a Trump-era decision that allowed for mining of gold and copper at the Pebble Mine, which sits at the headwaters of Bristol Bay in Southwest Alaska.

Bristol Bay supports commercial, subsistence, and recreational fisheries that are worth hundreds of millions of dollars each year and create thousands of jobs. Bristol Bay’s fishery resources have supported a subsistence-based way of life for Alaska Natives for more than 4,000 years.

“What’s at stake is preventing pollution that would disproportionately impact Alaska Natives, and protecting a sustainable future for the most productive salmon fishery in North America,” EPA Administrator Michael S. Regan said in a news release on Thursday.

The EPA announcement comes on the heels of a victory in a federal lawsuit filed by Alaska Native organizations, environmental groups and fishermen that sued to prevent the EPA from withdrawing a process that started during the Obama administration in 2014 to veto the mine’s permit under the Clean Water Act.

While running for president last year, candidate Joe Biden said he would stop the project, saying the region was “no place for a mine.”

The Ninth Circuit Court of Appeals ruled that the federal government can only stop the process if it finds that depositing mined materials into a federally protected waterway would be “unlikely to have an unacceptable adverse effect.”

The lawsuit was sent back to the U.S. District Court. On Thursday, the U.S. Dept. of Justice said it would no longer defend the Trump administration’s decision to back out of the Clean Water Act process.

“The agency believes the 2019 withdrawal notice did not meet the Ninth Circuit’s standard,” the EPA said in its announcement Thursday.

The EPA news release said: “Today, the U.S. Department of Justice, in a filing in the district court, is announcing EPA’s intent to request that the 2019 withdrawal notice be remanded and vacated. If the court grants the motion, remand and vacatur would automatically reinitiate EPA’s 404(c) review process and the agency would announce a schedule for resuming a process to protect certain waters in the Bristol Bay watershed—including opportunities for public input.”

"This announcement is a historic step forward in the long fight to protect Bristol Bay, our fishery, and our people,” said Robert Heyano, president of United Tribes of Bristol Bay. “The fifteen federally recognized Tribes of the United Tribes of Bristol Bay who call this region home, have worked for decades to protect our pristine watershed that sustains our sacred indigenous way of life. Today, we applaud Administrator Regan for reinstating the process to consider protections for Bristol Bay and for respecting tribal sovereignty. The people of Bristol Bay are counting on the EPA to listen to the science and finish the job of protecting our lands and waters."

Bristol Bay Tribes first petitioned EPA for Clean Water Act protections in 2010, a request that quickly garnered bi-partisan support across the nation including from sport and commercial fishermen, environmentalists, jewelers, and others who support Bristol Bay, and ultimately received the support of millions of Americans. Through mid-September, more than 2.1 million comments had been submitted to EPA supporting Bristol Bay protections since the 2010 request was made.