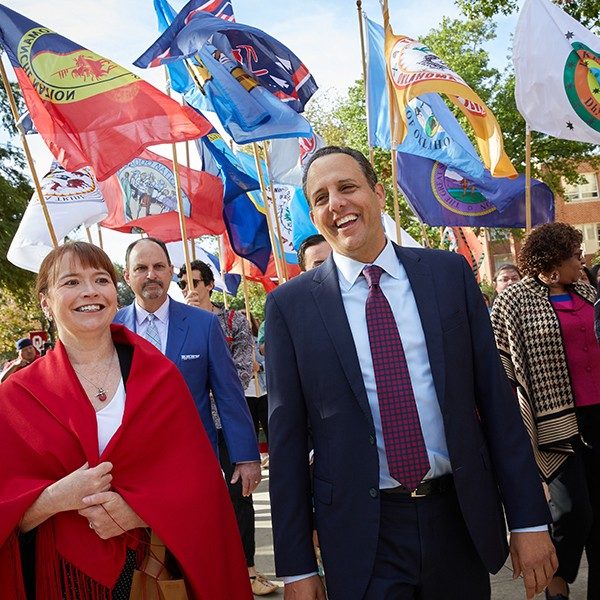 NORMAN, Okla. — A $4.8 million gift from the Horizon Foundation of Dallas will help establish the University of Oklahoma (OU) as the premier center for Native American research and teaching with the launch of its Native Peoples Initiative.

“This gift fortifies the university-wide Native Peoples Initiative, led by the OU Native Nations Center, and will enhance our collective understanding and appreciation of the compelling landscape of Native experiences, benefiting all people,”  said OU Interim President Joseph Harroz Jr. According to an OU statement, the initiative also “places the cultures of Native peoples and the sovereignty of Native Nations at the center of academic study across all three OU campuses.”

An additional $300,000 gift will underwrite a building study to provide a home for the OU Native Nations Center and the Native American Studies Department, as well as classrooms and spaces for community events and interdisciplinary research. Leading the Native Peoples Initiative is Amanda Cobb-Greetham, director of OU’s Native Nations Center, which was recently endowed by the Chickasaw Nation. She is the former chair of the OU Department of Native American Studies.

“This initiative highlights collaboration with Oklahoma’s 39 Native Nations,” Cobb-Greetham said. “We are committed to listening closely and responding to tribal needs and are establishing an advisory board, chaired by OU Tribal Liaison Officer Warren Queton, to ensure strong community engagement.” Horizon Foundation President Rod Sanders said he is thrilled to help support the new, colossal project.

“We believe it is important that there is a better understanding of Native American cultures, spirituality, values and views of the world,” Sanders said. “The highly regarded University of Oklahoma, situated as it is in a state where 39 Tribal Nations are headquartered, is the perfect location for an initiative of this size, scope and relevance.”