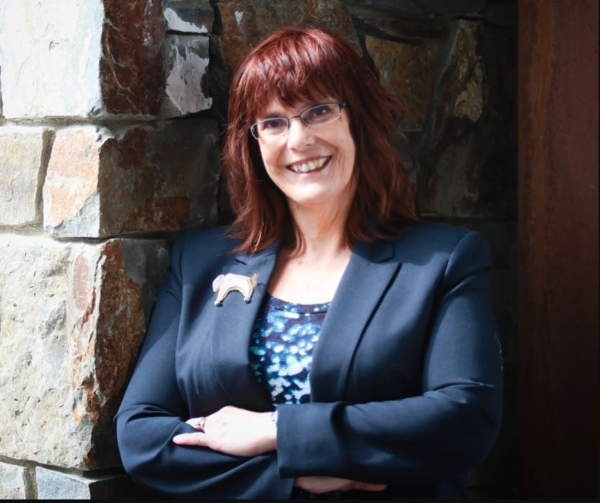 PABLO, Montana -- Thanks in part to the diligence of Sandra Boham, president of Salish Kootenai College (SKC), the Montana college will soon offer a much-needed four-year nursing curriculum beginning in fall 2020. After helping launch SKC’s new bachelor’s program along with her overall commitment to the Native community and Indian higher education, Boham was just named the American Indian College Fund’s 2020 Tribal College and University Honoree of the Year Awardee.

The College Fund awards her with a $1,200 honorarium, funded by the Adolph Coors Foundation. The recent outbreak of COVID-19 illustrates how vital tribal colleges and curricula like SKC’s nursing program are to their communities.

“2020 is the year of the nurse,” said Boham, who worked closely with SKC’s Nursing Department Director Dr. Lisa Harmon on the forthcoming curriculum.

Located on the Flathead Indian Reservation, Salish Kootenai College’s new culturally-responsive nursing training program also helps nurses give better health care in their tribal communities, where people experience higher rates of health issues Looking back, Bohman said her career started after encouragement from her parents. “I first became interested in higher education in high school because my parents didn’t go to college,” she recalled. “They didn’t have the opportunity. My mom is from the reservation and dad is from Southeast Kentucky, where his path was going to be in the military or coal mining. He went into the military. They both wanted me to go to college.” Boham graduated from St. Ignatius High School in 1978. In the winter of 1979, while she was attending the University of Montana as a freshman, SKC was looking for someone to teach adult education classes.

“‘Let’s try this together and see what you think,’ my mom said,” Boham said. “It started with taking night classes with her, and that got me excited about higher education.

“I loved it because it served a social justice issue at the time: I was helping to increase the very low graduation rates in my community,” she added. “We had a lot of students interested in getting their GEDs. For every student that was told college wasn’t for them and had barriers put in place, I felt by going into education I could help break down those barriers,” Boham said.

Over the years, she’s spent time working at the Tribal Work Experience Program, Upward Bound and Gear Up and the Northern California Indian Development Council in Eureka, California where she taught Indian Studies at Humboldt State and the College of the Redwoods.

She rounded out her education experience back in Montana serving students from K-12 as the Director of Indian Education for the Great Falls School District, and at the Department of Corrections as the Education Director for women.

After returning to SKC, in 2013-14 she was named Academic Vice President and later Acting President in 2015, until she suddenly assumed the role of president in February 2016. “When I was 19 or 20 years old, I might have said someday I want to be president, but I really wanted to be the director of student services,” she admits. “I really wanted to serve students. Over the course of my experience I found I was slowly putting together a foundation and was getting ready for this. But I don’t think you are ever ready. There is no training ground for presidents. The truth of the matter is that when they hired our President Robert De Poe, no way would I have imagined that he would have passed away in two years.

“That was a tough time and after that turmoil, I became president in part to provide some stability at the college,” she added. “I think my relationship to the college and being able to understand the school helped me.”