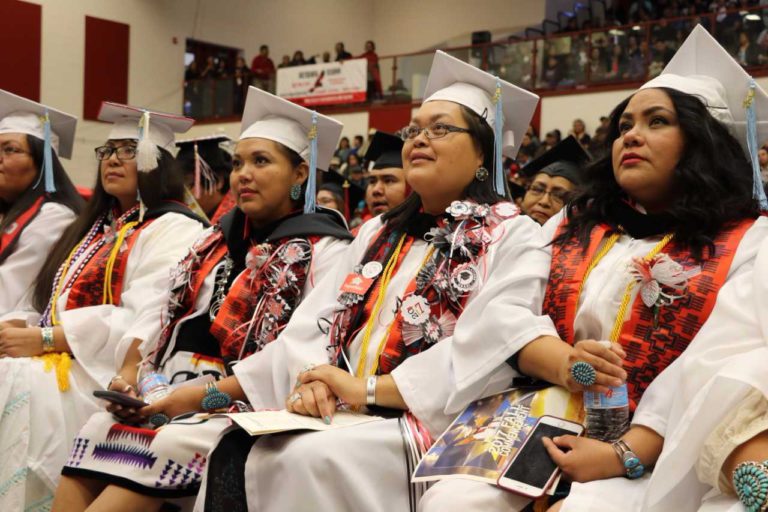 Guest Opinion. As an American Indian who grew up in a rural Indian economic slum before my tribe was federally recognized in 1972, we were extremely poor. The location of my tribal headquarters in Sault Ste. Marie, Michigan was one of the first three settlements in what is now the United States. Not federal recognized, my Tribe was subjected to engineered poverty.

While forced assimilation explains historical and intergenerational trauma, Tribal Critical Race Theory further explains the institutional racism that eliminated any semblance of tribal economics and self-determination. The federal government has a perpetual educational treaty and trust obligation. It is also the federal government’s duty to ameliorate the economic conditions that were forced upon our people.

Not surprisingly, nearly a half of American Indian students in college qualify and use the Pell Grant program to attend college. Pell Grants are based on an individual’s need calculated by the Free Application for Federal Student Aid (FAFSA) formula. The persisting eligibility for more than one half of all Native students corrects the notion that Indian Gaming has solved the forced economic conditions of tribe. While Pell Grants play a key role in providing opportunity for American Indian/Alaska Native (AIAN) students, the share of college costs covered by the grant is at an all-time low, and Pell Grant recipients continue to bear greater student debt burdens than their higher-income peers.

Earlier this year, Senator Hirono (D-HI) introduced the Pell Grant Preservation & Expansion Act to make long overdue and critically needed investments in the Pell Grant program by doubling the maximum award, permanently indexing the grant to inflation, and shifting the program fully to mandatory funding. The Act would increase the current maximum Pell Grant from $6,495 by $1,475 for the 2022-2023 award year and double the maximum Pell Grant over a period of five years thereafter restoring the relative value of the award. President Biden’s Build Back Better Act would take a step in the right direction by increasing the Pell Grant by $550 annually and making it tax exempt.

I consider myself fortunate to have been born in 1965 when the Great Society programs were enacted.  Even with Tribal Nations subsidizing the federal shortfalls in fulfilling the treaty and trust obligation, the US Commission on Civil Rights Broken Promises Report show that AIANs experience the worst of the worst statistical outcomes including high rates of unemployment, the highest high school dropout rates at nearly twice as high for AIAN versus their Caucasian counterparts6 and enter college at 17 percent versus 62 percent for general population.

Being a first-generation college student from an impoverished background, the Pell Grant was critical to my college success given I simply had no family resources available.  Even then, I was saddled with student loans of over $25,000 for my undergraduate and graduate education. But wait, don’t AIAN students get free college?  While the treaties including the 1836 Treaty of Washington my ancestors signed ceded over 500 million acres of land for the promise of education, this obligation is largely ignored.

The increases in total Pell Grant awards is desperately needed for the population of Americans who have the greatest need and who have an educational treaty right pursuant to the United States Constitution.