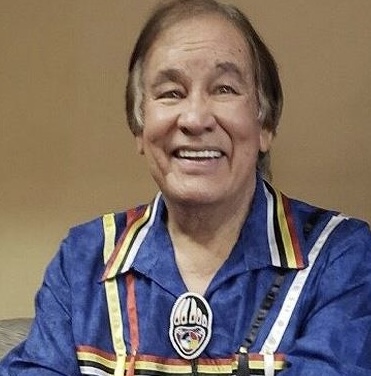 The program is designed provide an overview of how Billy Mills, who was orphaned at while yet a child went to win an Olympic Gold Medal and how he has remained relevant through the ensuing decades becoming a respected elder among Native Americans and others globally.

Both events are open to the public free of charge. Registration is not required.

During the 1964 Summer Olympics in Tokyo, Mills won Olympic gold in the 10,000 meter race. His win is considered one of the greatest upsets in Olympic history. He remains the only American to ever win the event. In recent years, Mills has raised millions of dollars to assist Native American youth through the Running Strong for American Indian Youth organization, a non-profit organization he founded.

“There’s a whole generation of those who don’t have any knowledge of his accomplishments. This is a great opportunity for them to learn about how Billy Mills overcame obstacles to win the Olympic Gold and what he has done in the ensuing years,” Bardwell said.

"I've known Billy Mills for several years and consider him one of my heroes in Indian Country. He is a legend among Native Americans. I look forward to having a conversation with him so that people can learn about his accomplishments and how he has worked hard to inspire Native youth to succeed in life,” Rickert said.

The Western Michigan University event is sponsored by a grant from the Native American Heritage Fund.

The Grand Valley State University event is sponsored by GVSU’s Office of Multicultural Affairs, Division of Enrollment Development and Educational Outreach, and Division of Inclusion and Equity.