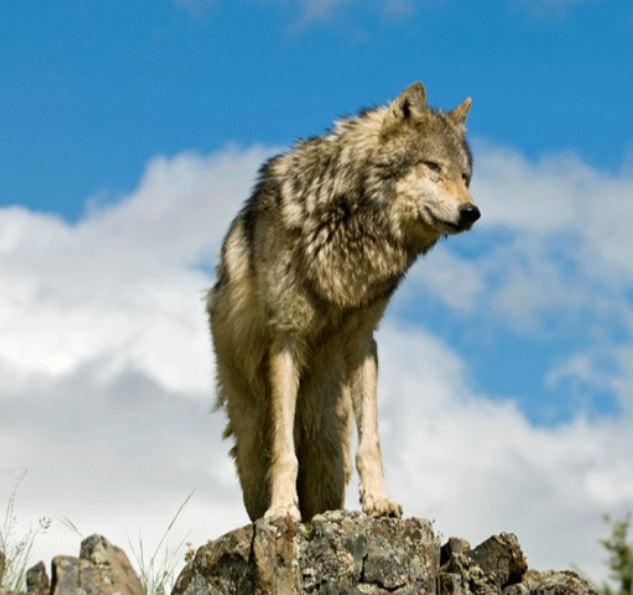 A federal district court judge in Oakland, Calif. struck down a 2020 Trump administration decision that removed federal protections from gray wolves across the majority of the country.

The Trump administration’s U.S. Fish and Wildlife Service delisted the gray wolf after 45 years of protection under the Endangered Species Act. During the 2020 presidential campaign, candidate Joe Biden expressed concern for the gray wolves; however, the Biden administration chose to defend the delisting decision.

Currently, the gray wolf is functionally extinct in more than 80 percent of its historic range, with only 6,000 surviving in the United States. Wolves figure prominently in the folklore of nearly every Native American tribe. In most Native cultures, the wolf is considered a sacred medicine being associated with courage, strength, loyalty, and success at hunting, according to the letter.

Judge White's decision was greeted with praise among Native Americans.

"American Indians are hunters but m ae-en-gun (gray wolf) is our oldest companion in our Anishinaabe Biimaadziwin (our original ways).  We do not hunt wolves because we don’t eat wolves. In Michigan, via referenda, I was among the Michigan citizens who stopped two efforts of the legislature to establish a wolf hunt. I appreciate the broad coalition of tribal people, non-native activists and the National Humane Society to win these fights," Sault Ste. Marie Tribe Chairperson Aaron Payment said to Native News Online.

"In the current legal victory to overturn the delisting of the gray wolves, I entered testimony to explain the indigenous cultural value of why a wolf hunt is not supportable, but also as a harbinger of the treatment of American Indians," Payment added.

“Wolves need federal protection, period,” said Kristen Boyles, attorney at Earthjustice. “The Fish and Wildlife Service should be ashamed of defending the gray wolf delisting, and it should take immediate action to restore Endangered Species Act protections to all gray wolves, including those in Idaho, Wyoming, and Montana.”

Earthjustice challenged the wolf delisting in a lawsuit on behalf of Defenders of Wildlife, Center for Biological Diversity, Sierra Club, National Parks Conservation Association, Oregon Wild, and the Humane Society of the United States in January of 2021; that lawsuit was joined by another coalition of conservation groups and the Natural Resources Defense Council.

After the gray wolf was removed from the protections of the Endangered Species Act, Wisconsin held a tragic wolf hunt, where hunters with dogs slaughtered 218 wolves in three days — exceeding the harvest quota by nearly 100 animals. In Idaho and Montana, where wolves were stripped of federal protections a decade ago, the states have allowed increased wolf slaughter.

On Tuesday, Sec. Haaland published an essay in USA Today that expressed dismay  about threats to wolves. She said that she was alarmed by reports from Montana, where nearly 20 wolves have been killed this season after leaving the boundaries of Yellowstone National Park. According to Sec. Haaland the Fish and Wildlife Service, which is with the Dept. of the Interior, is evaluating whether it would be necessary to relist wolves in the Northern Rockies.