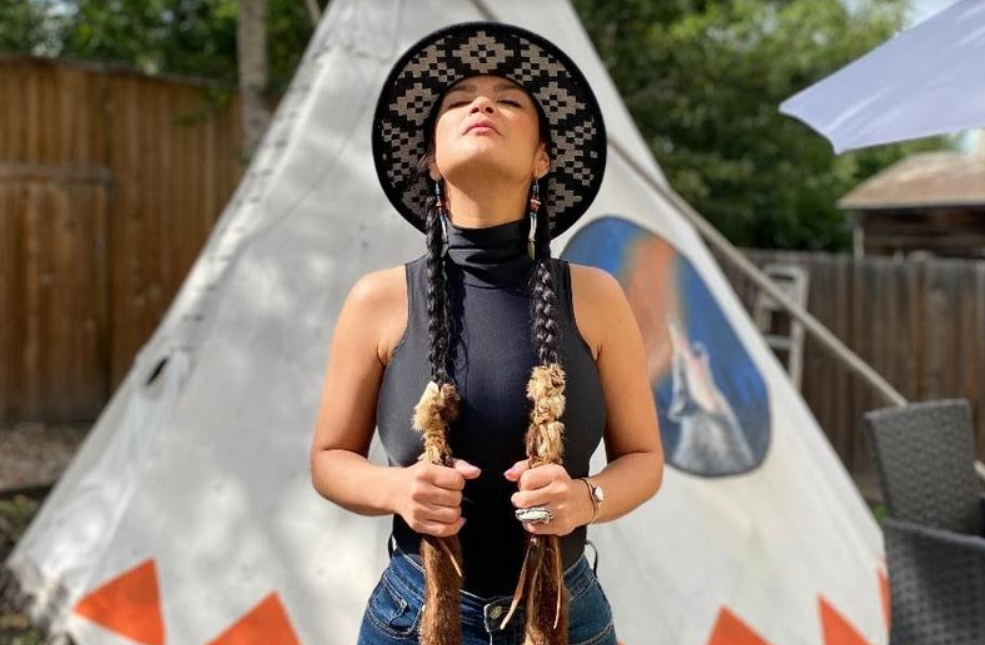 BILLINGS, Mont. — “Secretary Haaland, please return Endangered Species Act protections to the wolf,” is the closing message of a powerful new film, "Family," released today that ends with the stark warning, “Before it’s too late.” The Global Indigenous Council has released “Family” as a part of a campaign to restore federal protections to wolves across the continental United States.

Directed by critically-acclaimed filmmaker Rain ("Somebody’s Daughter"/"Say Her Name") and narrated by award-winning actress Crystle Lightning (Trickster/Yellowstone), the short film provides insight into how wolves are foundational to Indigenous cultures and how the Trump Administration’s removal of federal protections from wolves severely undermines tribal rights.

Many of the country’s most influential environmental NGOs issued a joint statement today supporting the film and its objective.

In a recent interview on Brave Wilderness, President Biden said, “I’m in” when asked about protections for wolves. The President also articulated the message conveyed by “Family”

Crystle Lightning (First Nations Hobbema/Enoch), who in May won the Canadian Screen Awards category for Best Performance by an Actress in a Continuing Leading Dramatic Role (Trickster), has stressed that state laws aimed at culling surviving wolf populations by up to 90 percent have grave implications for tribes.

“We must not let state, provincial, and federal governments continue to define issues as ‘environmental’ or ‘wildlife’ when they are cultural. These are social justice issues. What is happening to the wolf is a social justice issue for Indigenous people. The wolf has a vital role in so many of our cultures - in our clans, our songs, our ceremonies. Yet, our voices are ignored. Whenever the voices of any people are silenced, it is suppression. We are the first people of this land but always the last to be heard,” Lightning said.

The February 2021 slaughter of the wolf in Wisconsin validated the concerns tribes raised about the delisting of the wolf. The treaty rights of Tribal nations in Wisconsin were routinely violated during the first post-ESA delisting state administered wolf trophy hunt.

Oneida Chairman Tehassi Hill predicted such would be the case in a letter to Trump’s Principal Deputy Director of the US Fish & Wildlife Service, Margaret Everson, prior to the removal of ESA protections.

“As was demonstrated throughout the Trump Administration’s attempt to delist the grizzly bear, the delisting of the gray wolf and the conduct of FWS and DOI in the process, threatens harm to tribal sovereignty, undermines treaty rights, and puts the American Indian Religious Freedom Act in jeopardy, leaving tribes’ religious and spiritual freedoms vulnerable. Respecting our rights and upholding its fiduciary obligation to the Oneida Nation and all tribal nations is not optional for any administration,” Chairman Hill wrote.

Tribal and non-tribal biologists alike fear laws permitting similar actions might push the species back to the brink of extinction. In Montana and Idaho, governors Gianforte and Little respectively have signed a slew of bills that authorize some previously outlawed killing practices, including lethal neck snaring, use of motorized vehicles to chase and kill wolves, baiting, and spotlighting at night.

In a letter to Haaland on June 28, Congressman Peter DeFazio (D-OR), urged the Secretary to return the wolf to ESA protections “before the wolf population is decimated, undoing the decades of work toward wolf recovery.” Native News Online reached out to the offices of other concerned Members of Congress who are expected to follow suit.

“These wolf extermination bills passed and signed into law by rightwing extremists at the state level demonstrate that they are not only hunting democracy to extinction, they are also conflating Euro-Medieval sadism with so-called wildlife management to the same ends with wolves,” said the film’s director, Rain.

Consistent with the director’s previous work through Alter-Native Media, Family is both beautiful and moving, its breathtaking visuals matched only by its emotional impact. In addition to Lightning, the film also features Juliet Hayes (Say Her Name) and Letara Lebeau. Anthony Stengel (Say Her Name) is director of photography.

“Family” also draws attention to “The Wolf: A Treaty of Cultural and Environmental Survival,” which has previously been described as “a blueprint for future wolf management.” The treaty, signed by over 120 Tribes and numerous highly respected Indigenous spiritual leaders, authors, orators, and water protectors, has a strong emphasis on Indigenous Traditional Ecological Knowledge (TEK) and an adherence to the Indigenous Rights of Nature (IRON).

Chairperson Aaron Payment of the Sault Ste. Marie Tribe of Chippewa Indians was among the first tribal leaders to sign treaty with Chairman Harold Frazier of the Cheyenne River Sioux Tribe and Chairman Russell “Buster” Attebery of the Karuk Nation. The who’s who of signatories includes Winona LaDuke, Chief Arvol Looking Horse, and Tara Houska.

“The diversity of Tribal Nations and the demonstration of unity by the Wolf Treaty signers emphasizes that the clear and present danger that stripping ESA protections from the wolf has created not only impacts the Tribes in the 15 percent of the continental United States where the wolf survives, but the majority that live in the 85% of the country where the wolf is functionally extinct,” said Tom Rodgers, President of the Global Indigenous Council.

Contrary to the law on federally mandated tribal consultation, the Trump administration declined to meet with tribal government signatories or even accept receipt of the treaty. Rodgers said he hopes Secretary Haaland will meet with a tribal delegation soon to receive the treaty and discuss tribal concerns on the wolf crisis.

“As tribal people, we, like our brother and sister, the wolf, have experienced extermination and myth making. The modern-day state government sanctioned extermination efforts say more about humanity’s alienation from the natural world than about the wolf,” added Rodgers.

“This trophy killing of wolves and bears is a manifestation of patriarchy and misogyny. Anybody who has heard the acronym MMIWG is aware that we as Indigenous women continue to be hunted too,” emphasized Crystle Lightning.

Donate
Free Newsletter
About The Author
Author: Jackie ZupsicEmail: This email address is being protected from spambots. You need JavaScript enabled to view it.
Breaking News