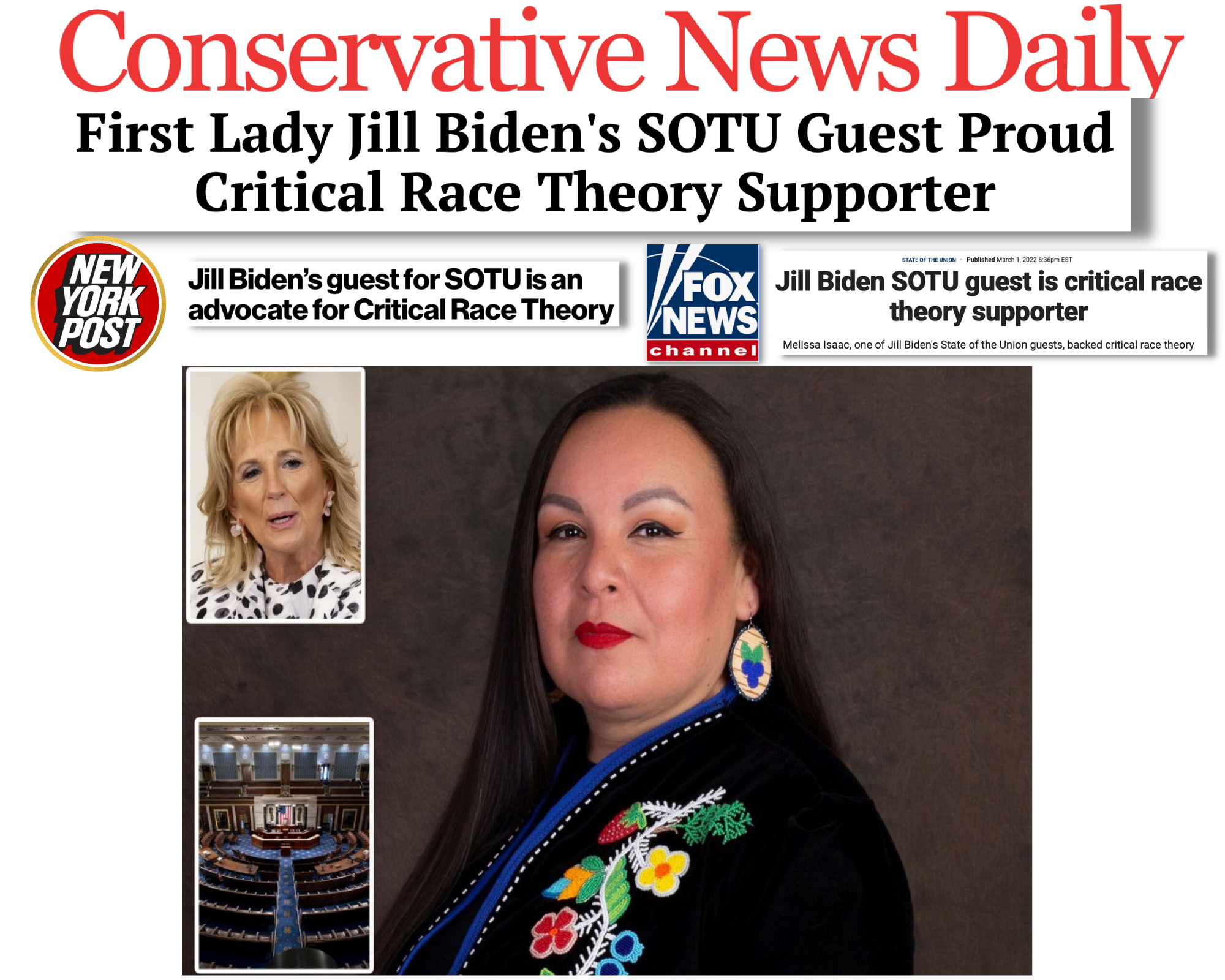 The New York Post wrote of Issac, “Eight special guests will accompany first lady Jill Biden to her husband’s State of the Union address Tuesday, including one educator who has frequently advocated for teaching Critical Race Theory, which proposes that racism is systemic in America, in schools.”

“This is all a distraction from the goodness of the event and having Anishinaabe representation in such a historic event,” Isaac told Native News Online. “Taking away from the progress that myself and Deb Haaland—Indigenous women—who are reclaiming and taking up space and places they never thought they’d see us.”

“To me that’s the real headline, all the other things are a distraction,” she said.

“My social media has blown up, and I’ve seen some of the articles that are out there, but I haven’t read everything,” said Isaac, who works for Michigan’s Department of Education. “I can’t speak exactly to what is being said, but I did get a random message asking if I’m a supporter of critical race theory.”

Isaac also made headlines for wearing a ribbon-skirt.

Critical race theory acknowledges that the country’s institutions, including the criminal justice system, education system, labor market, housing, and healthcare are what upholds racism in the U.S., and that racism is embedded in U.S. laws, regulations, and policies. Nine states have passed legislation banning critical race theory from its classroom and nearly 20 additional states have introduced or plan to introduce similar legislation.

Criticism of critical race theory stresses that it teaches that every social interaction with every person is based on race.