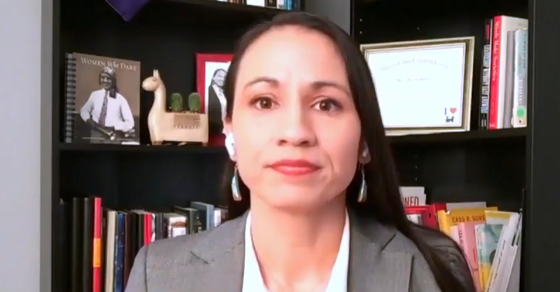 As public pressure mounted after it was disclosed that DeJoy had employed actions at the Postal Service to slow down mail delivery, House Speaker Nancy Pelosi called the U.S. House of Representatives back to the nation’s capital this Saturday to vote on a package to properly fund the Postal Service.

DeJoy, who has donated to the Donald Trump campaign, has been summoned to appear before the Senate Committee on Homeland Security and Governmental Affairs on Friday. The Committee says the hearing will focus on the "finances and operations of the Postal Service during COVID-19 and upcoming elections."

On Tuesday, DeJoy issued a statement that he would suspend several cost-cutting initiatives “to avoid the appearance of any impact on election mail.”

“In the past week alone, I’ve heard hundreds of Kansans who are deeply concerned about the United States Postal Service. Seniors and veterans are experiencing delays in getting their prescription drugs, business owners are seeing mail disruptions impact their customers, and people have said they are no longer getting their mail at all on some days. Meanwhile, many are worried about whether their ballot will be counted if they vote by mail.

“These are the consequences of this Administration’s attempts to sabotage the Postal Service for their own political gain. It’s why I spoke out against the Postmaster General’s reckless policies, and why I believe he needs to be replaced with new, nonpartisan leadership. I’m glad that he has heard these calls and the millions of Americans who are rightfully outraged by his actions and is suspending changes to the Postal Service – but this alone is not enough. And it is not clear whether he will restore any of the mail sorting machines that have already been removed.

“I look forward to the House coming back into session this week to help protect the USPS from these attacks and ensure that it has the resources needed to help people send and receive mail during this pandemic. I’m also advocating for the House to use this time to pass a bipartisan coronavirus relief package that meets the scope of this ongoing health and economic crisis. Kansans are rightly demanding action on both fronts — and that’s what I’ll continue to push for.”