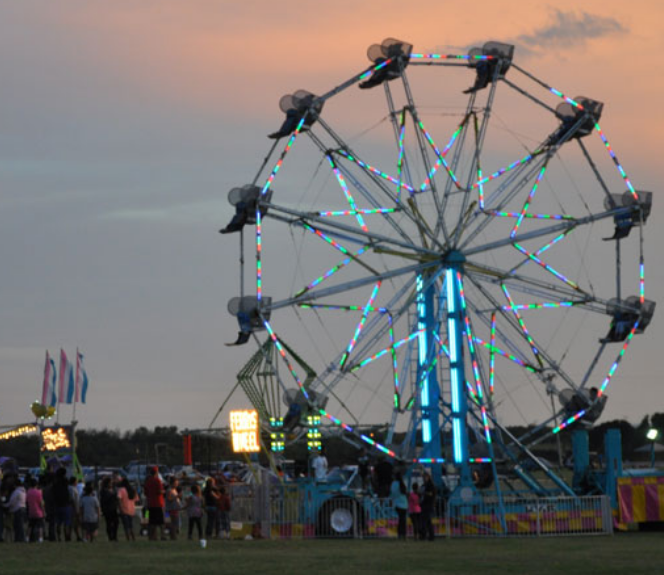 Early September, usually a hectic time for the tribe, became a sad reminder of the loss of the event, said Seminole Nation Director of Communications Bo Whitekiller during a Sept. 8 broadcast of the tribe's radio program.

"This is kind of a bittersweet time because this is usually the time we're right smack dab in preparation for Seminole Nation Days," Whitekiller said. "This year it was canceled due to the pandemic, but this is a time when our buddy over at the complex Mike Sisko will come over and tell me this is his favorite time of the year, next to Christmas and his grandkids' birthdays."

Now the complex sits quiet, waiting for the next time people can gather together in celebration of culture.

There's a similar silence in Tahlequah, Okla., seat of the Cherokee Nation. There, the virtualized Cherokee National Holiday weekend passed by sans the huge crowds that usually funnel in to honor Cherokee heritage.

"It really sort of highlights how big of an event it is," said Tahlequah resident Bruce Jacobs. "You get used to things being so hectic around here on that weekend that when it stays so quiet, you just get this weird sense of, I don't know, melancholy, I guess."

"It really drives home how much this virus has cost us," Jacobs added.

Part of that cost has been a sense of community central to cultures like the Cherokee, said Cherokee language learner Railey Justine Eastwood.

“Public gatherings play a huge role in our culture,” Eastwood said. “Currently, we are unable to do ceremonies because our elders are so at risk. Not many folks practice the old ways like they used to nowadays, so that’s really disheartening for those of us who do. I know that several of my friends, family and kin are suffering greatly because we cannot meet like we used to.”

“Anxiety level is higher. Everyone I know, myself included, knows someone who has had or has the virus. We miss each other desperately but we have to put our communities first. Making the holiday virtual really dampened the spirit of the community. A lot of people I know were struck with an eerie feeling with this last weekend being so quiet,” Eastwood said. “Cherokees have a sense of community that is unlike any other. We hold onto each other and lift each other in ways I haven’t experienced elsewhere. Keeping us apart hurts us.”

“We have had to change what we do for meetings,” Michael said. “Tribal members can’t be present when we have to limit the number of people in a room. That changes the definition of an ‘open meeting.’”

The impact carries over to programs such as language learning, Michael said.

“We livestream meetings but it’s just not the same,” Michael said. “Indian people need that familial and social connection. We can’t teach our culture and our languages the same as before.”

All that’s left for many tribal citizens to do is look toward the future. Muskogee resident Darren Smith looks forward to the day he can attend the Bacone Powwow again.