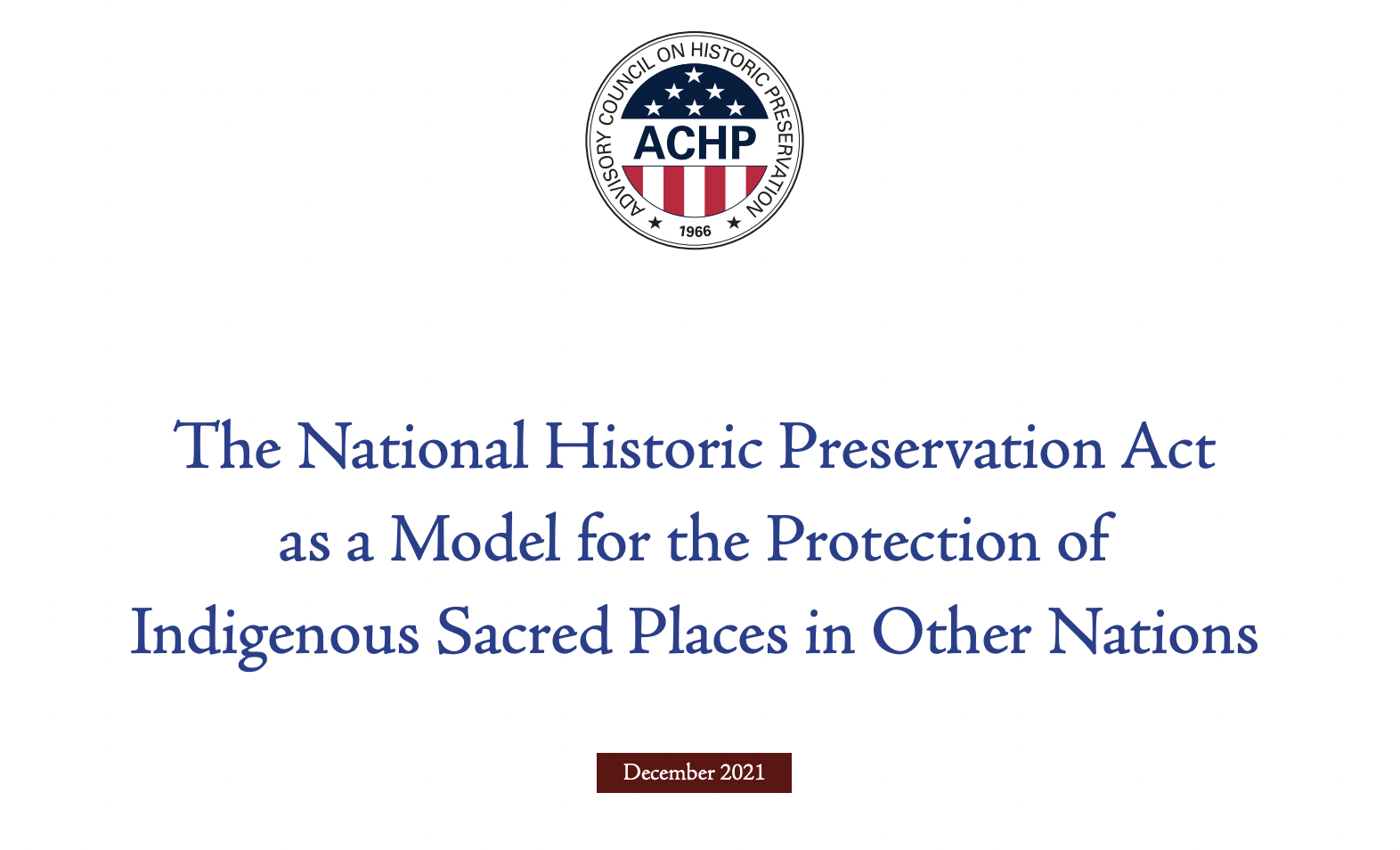 The Advisory Council on Historic Preservation (ACHP)— an independent federal agency that advises the president and Congress on policy—has released a report on the protection of Indigenous sacred sites.

The report analyzes components of a pre-existing historic preservation best practices law and identifies provisions relevant to Native American tribes. It’s called ‘The National Historic Preservation Act as a Model for the Protection of Indigenous Sacred Places in Other Nations.’

The advisory council conducted the analysis in response to a 2014 request from the Hualapai Tribe and the Oglala Sioux Tribe, in nation-to-nation consultations leading up to the United Nations Conference on Indigenous Issues.

At the time, spokespersons from both tribes gave verbal testimony and submitted written comments suggesting that “working with indigenous Indian tribes on the preservation of places that hold religious and cultural significance” to them be added to the discussion at the World Conference. Both Indian tribes also suggested that the National Historic Preservation Act (NHPA), which, among other things, requires federal agencies to work with Indian tribes to consider effects to historic properties, might serve as a model for other countries.

“The report is an invaluable contribution toward understanding historic preservation in a global context,” said tribal liaison in the repatriation office at the National Museum of Natural History in Washington, DC, Dorothy Lippert.  “For Indigenous people, there’s a real sense of being connected through similar histories and similar perspectives. This is a great compilation of information and sources; I think my colleagues will find it immensely useful.”