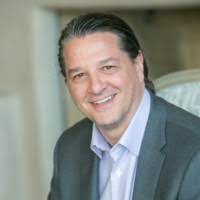 Desiderio's leave comes two days before the nation's largest American Indian organization is set to meet in Anchorage, Alaska for it's mid-year convention, which is the first in-person conference for NCAI since the beginning of the COVID-19 pandemic. The NCAI Mid-Year Convention and Marketplace will meet in Anhcorage from Sunday, June 12 - Thursday, June 16.

Another Native American publication on Friday published an article that said Desiderio was suspended.

“While we acknowledge the timing of this leave is inopportune given that the NCAI Mid-Year Convention commences on Sunday, June 12, the Executive Committee, the governing body of NCAI, agrees that placing the CEO on a temporary administrative leave is necessary and proper to fulfill their fiduciary governance duties and to abide by NCAI's policies and procedures,” Fawn Sharp, President of NCAI said in a statement shortly before midnight Saturday night. “Thank you in advance for understanding that we are not in a position to share more information regarding Desiderio’s leave and for respecting his privacy.”

According to the NCAI statement, Desiderio has not separated from the organization and his leave is appropriate under the organization's policies governing the current situation.

The Executive Committee will temporarily rely on its existing internal team leaders, Dr. Yvette Roubideaux, Larry Wright, Jr., and Warren Hope to administer the important day-to-day work of NCAI. NCAI is confident that the leadership stepping in will ensure that the Mid-Year Convention is a success and that operational tasks are carried out with integrity.

Desiderio was chosen on April 18, 2021 to lead NCAI after a five-month search. Previously, he served as the executive director of the Native American Finance Officers Association (NAFOA) for 10 years.