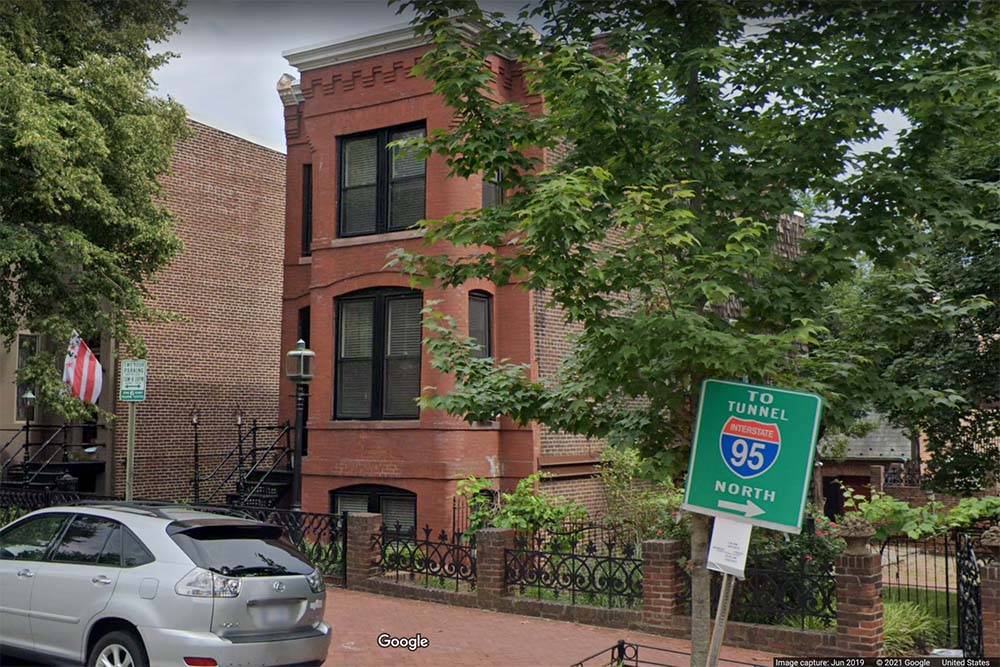 The Navajo Nation Council, the legislative branch of the tribal government, advanced legislation last week to buy office space in Washington, D.C., joining a handful of federally recognized tribes with established space in the nation’s capital.

On Jan. 29, 16 of 24 council members voted in favor of the $4.8 million purchase, a two-thirds vote that was necessary because the legislation drew from funding from the principal of the Nation’s Land Acquisition Trust Fund.

The property includes a 161-year-old home, along with a detached building, located at 11 D St. SE, directly behind the U.S. House of Representatives building.

Tribal spokesperson Byron Shorty said the property will take the place of the Nation’s rented office space that was damaged in May by a broken water tank leaking into the building. With the new permanent office, Navajo Nation will be able to increase government-to-government relations and lobbying on behalf of tribal interests. Currently, four full-time Navajo Nation communications and director staff members work from D.C., and delegates otherwise travel to and from the location as needed, Shorty said.

“The primary use is to act as basically a Navajo home in Washington,” Shorty told Tribal Business News. “And by that, all of the current functions of the office — like lobbying on the Hill, pushing for legislation that gets passed in favor of the Navajo Nation on multiple fronts — that’s all part of the office’s function.”

He added that council members who voted in favor of the purchase also considered the site’s visibility from U.S. House of Representatives staffers walking in and out of the adjacent building.

The legislation is currently in review, and will be certified pending approval by President Jonathan Nez, which is expected to happen Wednesday, Feb. 3.

Council members opposed to the purchase didn’t see a need to put money into a facility in Washington, D.C. when funding is needed on the reservation. Ultimately, council members in favor argued that sinking around $25,000 per month into rented space wasn’t a wise investment.

“With the council’s vote, they were aware that it would only make sense to acquire the property  if it was to be held for longer than 20 years,” Shorty said. “Certainly, I think that the Navajo Nation expects to stay around at that property for at least that long.”

An earlier version of the proposed legislation indicated Navajo Nation would subcontract an architect for $150,000 “to help infuse Navajo thought and culture into design elements of the embassy.” That language was later removed to avoid naming the office as an embassy, and because the Navajo Department of Justice deemed that the trust fund could not viably pay for repairs and renovations, totaling about $300,000.

While the office space will function as an embassy in some respects, Shorty said the council specifically avoided including that designation into the legislation.

“At the moment, we’re OK with transitioning and focusing on establishing the permanent property, and then exploring those options once that’s all set in place,” he said.

The building is ready for the tribe to immediately move in. Going forward, Shorty said the Nation will look into alternate funding sources for renovation and cultural design to reflect the Navajo Nation.

The Navajo Nation will join two other federally recognized Tribes that own offices in Washington D.C.: Chickasaw Nation has an office it calls an embassy on Capitol Hill, and the San Manuel Band of Mission Indians also maintains a bureau there.

“It’s a recognition of a nation,” Allis said. “This shows that tribal government is real … tangible stuff, and that they’re just not words. They show a level of power and sophistication and professionalism, and it all equates to being taken a little more seriously and having a lot more respect.”