The DIGITAL Reservations Act would affirm tribal sovereignty to spectrum rights for the first time in United States history by granting Native tribal nations full permanent access to spectrum licenses over tribal lands to fulfill true self-governance and self-management of modern natural resources on their lands.

The bill comes as the Federal Communications Commission has so far refused to extend the Rural Tribal Priority Window to apply for 2.5GHz spectrum over tribal lands beyond Aug. 3 amid the global COVID-19 pandemic.

If passed, this bill would eliminate the FCC’s role in selling spectrum rights off tribal lands without tribal consent and create the first Tribal Broadband Fund to immediately deploy life-saving wireless services on tribal lands. 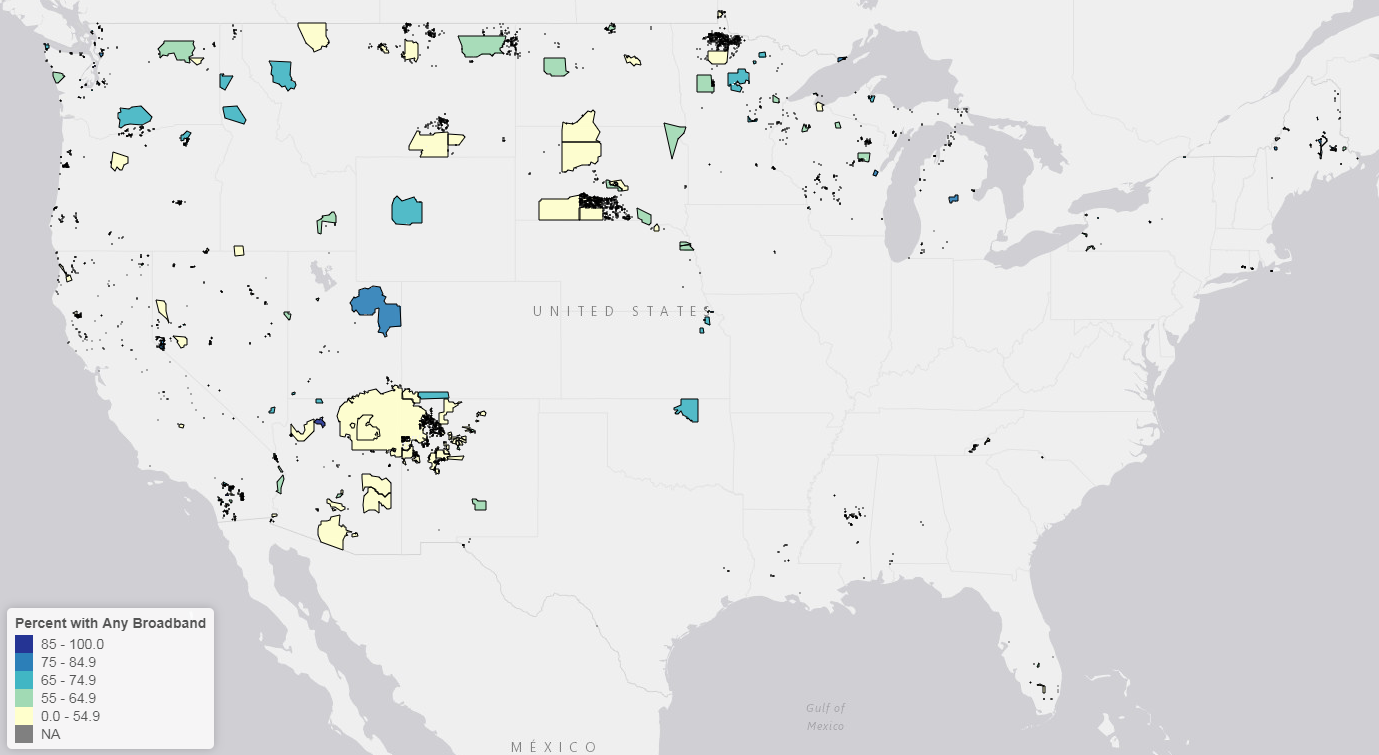 The bill seeks to rectify a problem that has existed on Indian reservations and tribal lands. In comparison to the rest of the country, where 92 percent of Americans have access to broadband services, only 65 percent of Indian Country has access to wireless services. The lack of service presents problems in live-saving situations, which include missing and murdered Indigenous women, suicide situations and telehealth services. The lack of wireless also impacts education and employment opportunities.

“Connectivity is key to ensuring Native Americans have access to education resources, telehealth, and public safety, but Native Americans living on reservations have been left behind in the digital divide, and sovereign Native Nations encounter significant barriers to access spectrum rights on their Tribal lands to deploy wireless broadband to their communities. Our DIGITAL Reservations bill will help Tribes fully realize self-governance and protect their sovereign right to manage their own natural resources on Tribal lands and ensure Native communities aren’t stuck in the digital divide,” Haaland said in a press release.

“Wireless broadband access on Tribal lands is worse than just about anywhere else in America, and more than a third of those living on Tribal lands don’t have high-speed broadband at all," Sen. Warren said in a press release. "Without it, Native communities are shut out of a 21st-century economy and have limited access to life-saving services—a crisis that is even more urgent during the COVID-19 pandemic. Congresswoman Haaland’s and my bill to recognize Native Nations’ ownership of spectrum over their lands affirms their sovereignty and provides a path to desperately needed connectivity.”

The pandemic has highlighted the impacts that lack of connectivity have in Native communities, with alarming rates of COVID-19 infections and lack of resources to manage the spread of the virus. Sovereign Native nations, Native organizations, Native-owned businesses, and progressive human rights organizations praised the introduction of the DIGITAL Reservations Act. Full list of supporting organizations is available here.