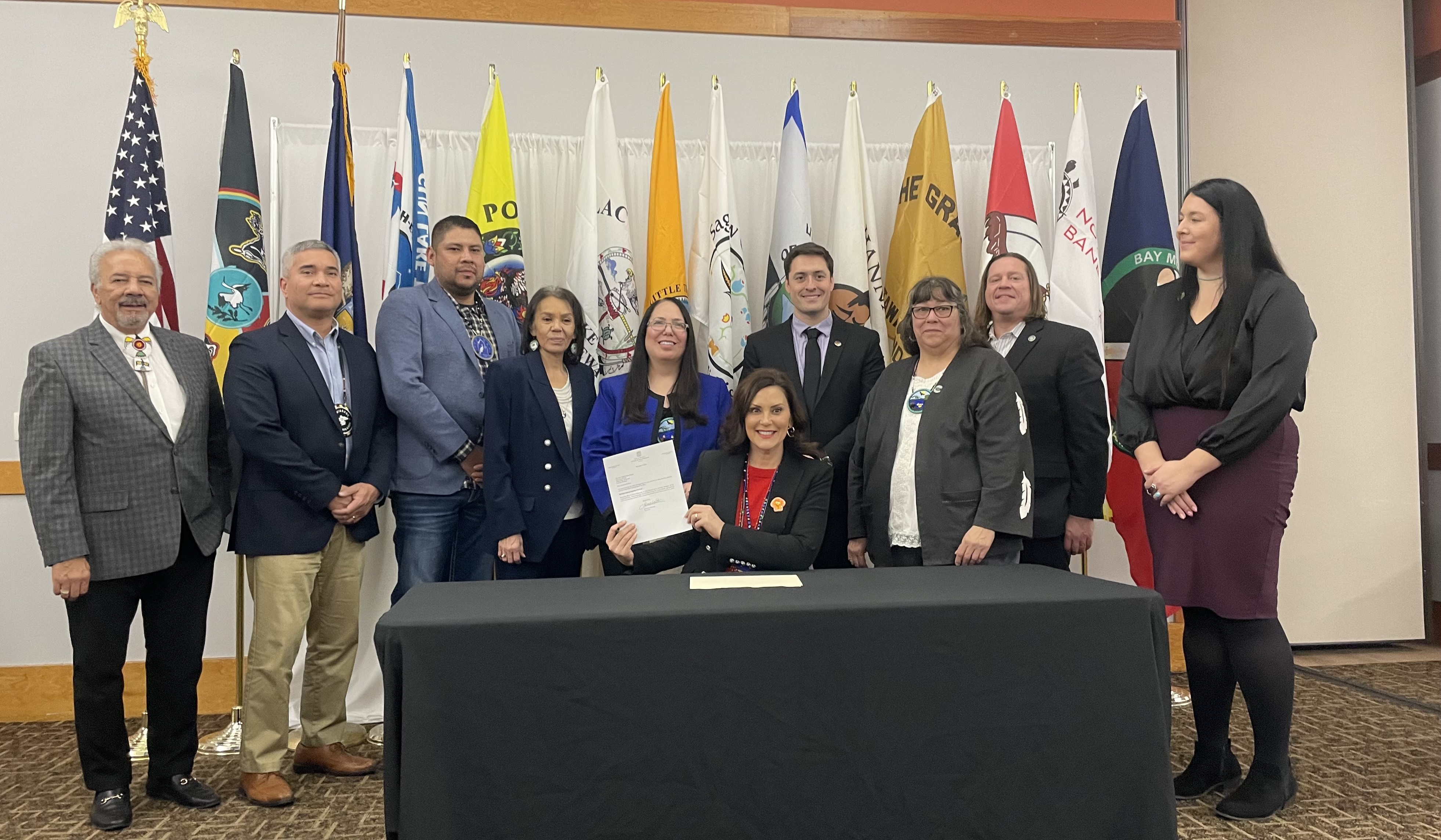 The annual summit brings together tribal leaders with various state government officials from various departments and agencies that deal directly with tribes on an ongoing basis. The highlight of the summit is the meeting with the governor.

Prior to the afternoon summit, Whitmer met individually with representatives of each of the tribes to discuss matters important to them.

“It was an honor to attend the Tribal Summit in the Sault,” Governor Whitmer said in a statement. “The State of Michigan and sovereign tribal nations must continue working together on our shared priorities and maintain an open, productive dialogue to get things done on the kitchen-table issues. I am committed to working alongside Tribal leaders to make a real difference in people’s lives and continue growing our economies. Our fortunes are linked, and we must collaborate to move our nations forward.”

In Governor Whitmer’s first year in office, she signed Executive Directive 2019-17, which reaffirms and extends Michigan’s commitment to recognizing the sovereignty and right of self-governance of Michigan’s federally-recognized tribes and orders each state department and agency to adhere to these principles. It’s the first executive directive in the state’s history to require training on tribal-state relations for all state department employees who work on matters that have direct implications for tribes and required each department and agency to adopt and implement a tribal consultation policy.

Additionally, Governor Whitmer has shown a deep commitment to ensuring members of Michigan’s federally recognized tribes have a seat at the table in state government. She has appointed 44 Native Americans to judgeships, councils, boards and commissions. One of those appointees, Bryan Newland, was sworn in as Assistant Secretary of the Interior for Indian Affairs last year, where he serves Native communities nationwide alongside Secretary Deb Haaland.