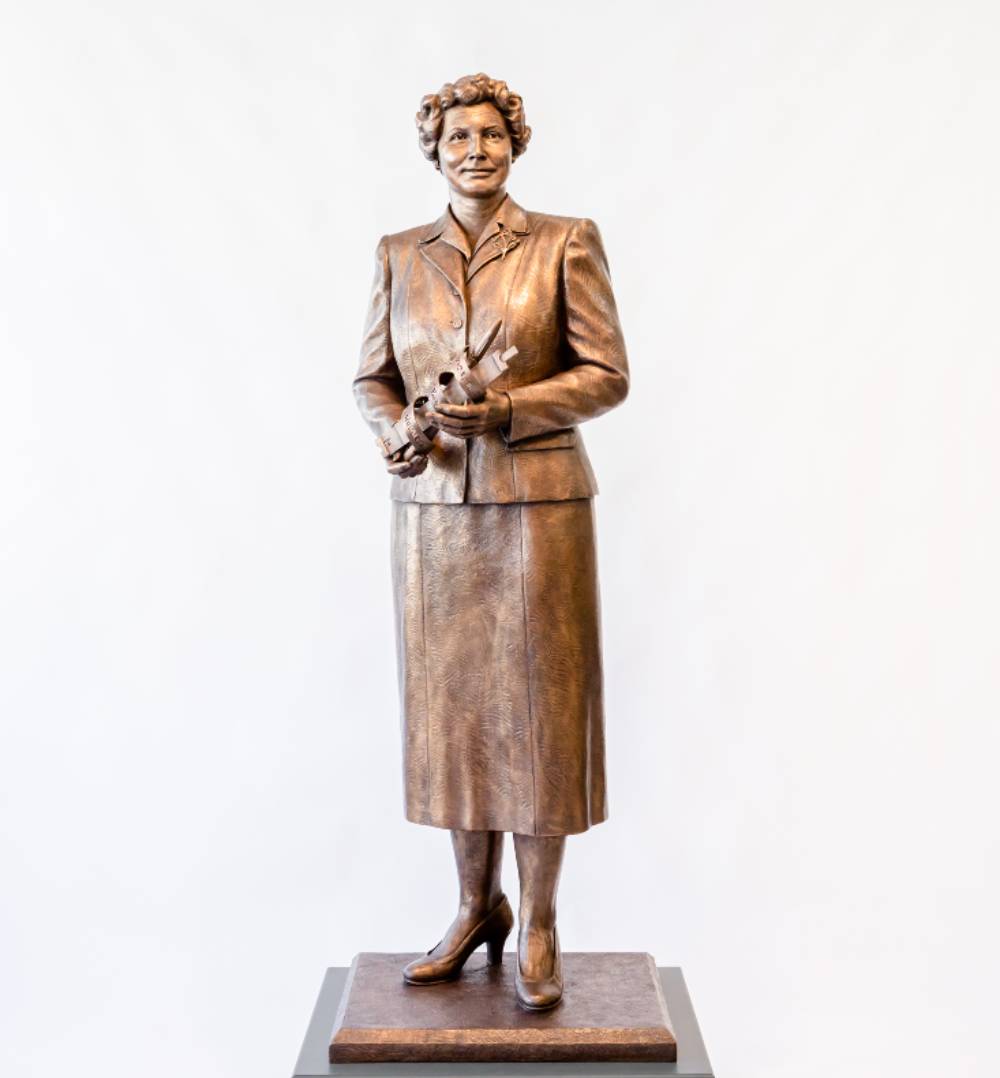 Visitors to the recently opened First Americans Museum in Oklahoma City will soon be greeted by a bronze statue of one of Indian Country's leading female rocket scientists: Mary Golda Ross of the Cherokee Nation.

Born in 1908, Golda Ross contributed to contemporary studies of orbiting satellites, crewed Earth-orbit flights, and created preliminary designs for flyby missions to Mars and Venus. She worked as one of 40 engineers dedicated to an American aerospace manufacturer’s top secret think tank at Lockheed Aircraft Corporation. After retiring, Golda Ross dedicated herself to encouraging Indigenous youth—particularly women—to pursue the fields of science, technology, engineering, and mathematics (STEM). She passed on at the age of 99 in 2008.

In 2019, Golda Ross was selected to appear on a special edition of a $1 U.S. coin. Now, the First American Museum is following suit with the slated installation of her statue on Feb. 22, a spokesperson from the museum told Native News Online.

“Mary Golda Ross is an inspiration to all young women and to the First Americans community for her contributions to the aerospace industry as the first woman engineer of Lockheed,” James Pepper Henry (Kaw Nation), director of the First Americans Museum said in a statement to Native News Online. “As a member of the Cherokee Nation, one of the 39 tribal nations in Oklahoma, we honor her for her many accomplishments.”

As part of its campaign to uplift womens’ contributions to the field of STEM, the international cosmetic brand Olay is donating $1 million to memorializing, celebrating, and fostering women in STEM. Part of that funding has paid for the Golda Ross statue. Olay also partnered with the Smithsonian’s National Air and Space Museum to ensure the statue, along with its plaque, is historically accurate.

According to one research center, women make up just 28% of the workforce in science, technology, engineering, and math.