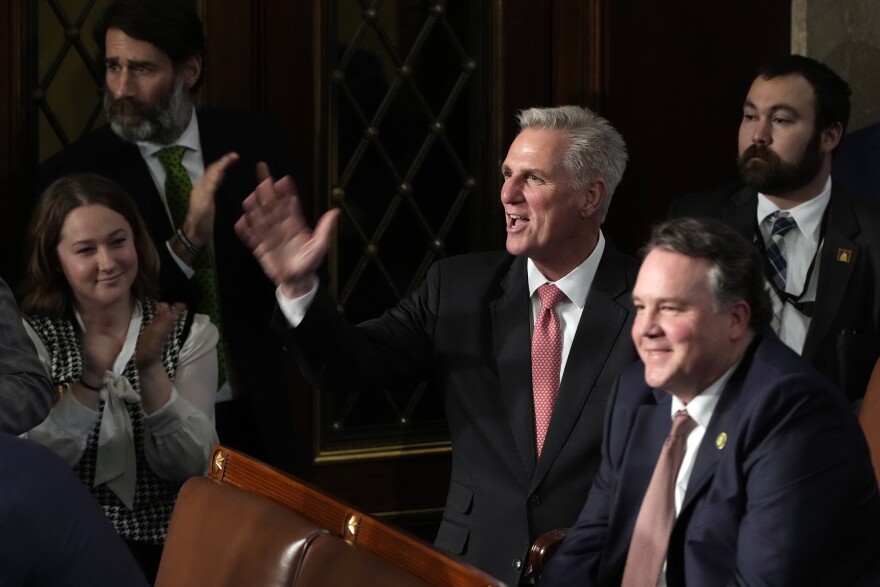 After four chaotic days, Republicans elected Kevin McCarthy (CA) during a early Saturday morning session to become Speaker of the House of Representatives on the 15th vote. He becomes the 55th Speaker of the House. He succeeds Nancy Pelosi (CA), who is the only female to ever hold the speaker's position in American hisotry.

McCarthy serves California’s 23rd district in the U.S. House of Representatives. He was first elected to Congress in 2006 and is a native of Bakersfield, California.The grandson of a cattle rancher and the son of a firefighter, McCarthy grew up a working-class family.

At 12:50 a.m., President Joe Biden released a statement congratulating McCarthy. The President's statement said in part: "The American people expect their leaders to govern in a way that puts their needs above all else, and that is what we need to do now.

Throughout the 15 votes, all 212  Democrats voted unanimously to back House Minority Leader Hakeem Jefferies for each vote, except the 12th vote on Friday when Rep. David Trone (D-MD) did not vote because he was a previously schuduled surgery.