Interior Sec. Deb Haaland to Visit Alcatraz Island to Commemorate the 52nd Anniversary of its Occupation 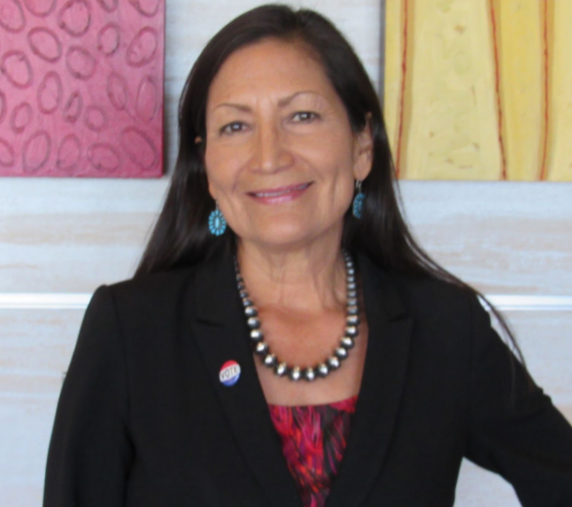 The U.S. Department of the Interior announced on Thursday Secretary Deb Haaland (Laguna Pueblo) will travel to Alcatraz Island on Nov. 20 for the 52nd anniversary of the occupation of the island by Native American students in November 1969.

Indians of All Tribes is hosting the commemoration on Saturday.

The program will begin at 10 a.m. Pacific Time that will include a welcome and land acknowledgement.

"We are honored to have her as our guest and it signals a positive change for our museum and cultural center that was initially proposed on Alcatraz 52 years ago," LaNada War Jack, who was one of the original students who occupied Alcatraz Island on November 20, 1969, said to Native News Online.

After the prison closed in 1963, American Indians began to petition the federal government to put it into “Indian land.”

From November 1969 to July 1971, a group of American Indians took over and occupied Alcatraz Island led by Mohawk, Richard Oakes; Dr. LaNada War Jack; Grace Thorpe, Sac and Fox, who was the daughter of Olympic great, Jim Thorpe and Tuscarora medicine man, Mad Bear Anderson. The group was called the Alcatraz Red Power Movement and was also known as the “Indians of All Tribes.”

While on Alcatraz Island, Haaland will give remarks that outline progress in Indian Country and the path ahead to strengthen Indigenous communities in the years ahead. according to the Interior Department’s press release.

Haaland’s trip comes on the heels of the White House Tribal Nations Summit. It was the first such event in five years. During the Obama presidency, his administration held a White House tribal nations conference for eight consecutive years. The high-level meetings never took place during the failed presidency of Donald Trump.

This year's White House Tribal Nations Summit provided an opportunity for the Biden-Harris administration and tribal leaders from the 574 federally recognized tribes to discuss ways the federal government can invest in and strengthen the nation-to-nation relationship as well as ensure that progress in Indian Country endures for years to come.

WHAT: Secretary Deb Haaland to deliver remarks on progress, justice and equity for Indigenous peoples