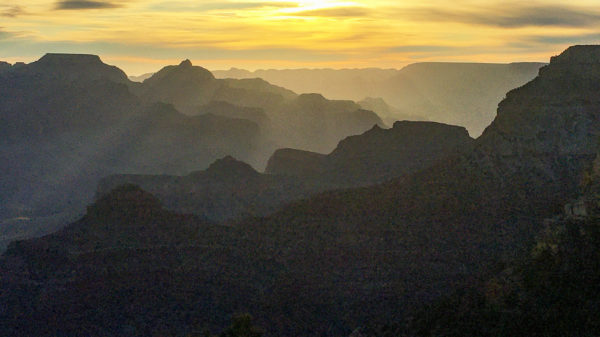 GRAND CANYON, Ariz. — The U.S. Dept. of the Interior, which has jurisdiction over the National Park Service, decided to close the Grand Canyon National Park on Wednesday, April 1, based on the strong recommendation of the U.S. Department of Health and Human Services to help stop the spread of COVID-19 (novel coronavirus).

"The Department of the Interior and the National Park Service will continue to follow the guidance of state and local health officials in making determinations about our operations," Interior Secretary David Bernhardt said. "As soon as we received the letter from the Health and Human Services Director and Chief Health Officer for Coconino County recommending the closure of Grand Canyon National Park, we closed the park."

“The Navajo Nation had pleaded with the federal government to deny tourists access to the Grand Canyon to keep the 174 confirmed cases of coronavirus and several deaths among residents from rising,” Navajo Nation President Jonathan Nez said on Wednesday prior to release of another 40 confirmed cases.

“The closure of the park took longer than it should've, but we're glad it's finally closed,” Nez said.

The Havasupai Tribe, which lies outside the boundary and jurisdiction of Grand Canyon National Park, closed its tourist attractions on March 16 and will remain closed until at least April 14.

“The health and safety of the many tourists who visit as well as our tribal members, employees and consultants is very important to us,” Havasupai Tribe Chairwoman Eva Kissoon.