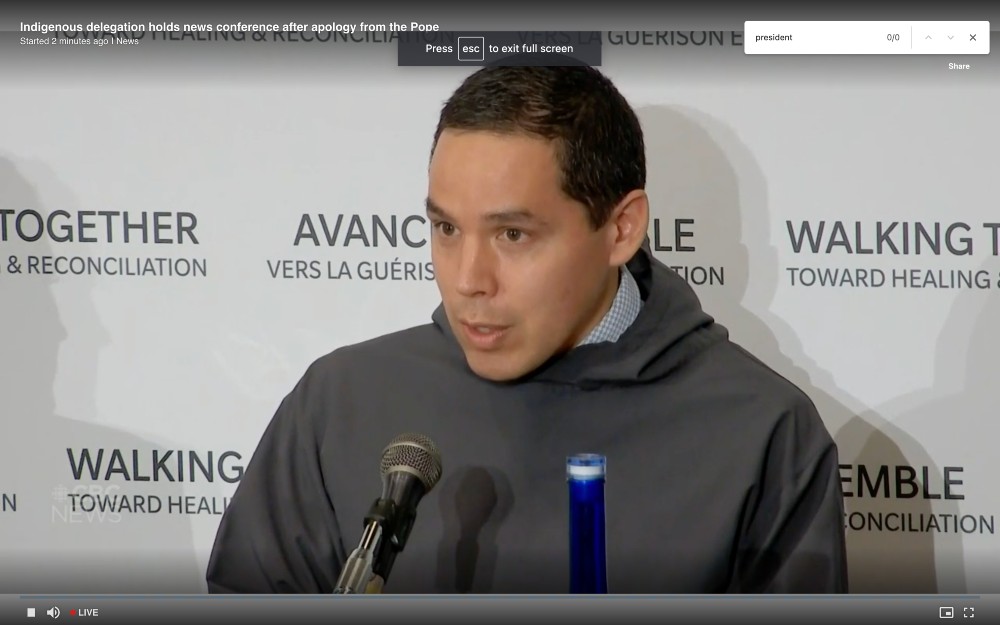 “In September 2021, Nunavut RCMP received a complaint of sexual assault that occurred approximately 47 years ago,” Nunavut Royal Canadian Mounted Police spokesperson wrote in an email to Native News Online. “As a result of the investigation, on February 23, 2022, Father Johannes Rivoire, 93, of Lyon, France was charged with sexual assault. A Canada-wide warrant has been issued for the arrest of Father Rivoire.”

Rivoire returned to France in the early 1990s. According to CBC reporting, Rivoire worked in many Nunavut communities in the 1960s and 1970s, before returning to France. France does not extradite its own citizens.

This isn’t the first time the priest has been charged with sex crimes against children in Nunavut. In 1998, the Royal Canadian Mounted Police issued a warrant for Rivoire's arrest that include allegations from three male victims and one female victim, for sex-related offences connected to the priest’s time at Indian Residential Schools in Naujaat and Rankin Inlet.

Those charges were dropped in 2017, when the Public Prosecution Service of Canada concluded that "there was no longer a reasonable prospect of conviction regarding the charges" and "continuing the prosecution was no longer in the public interest."

Last week, President of the Inuit Tapiriit Kanatami, Natan Obed, traveled to Italy to meet with the Pope as part of a reconciliation process from the legacy of boarding schools. Pope Francis issued a lengthy apology at the end of the week-long conferences.

Obed said that the apology was part of a larger picture, and that the Indigenous delegation was also in Rome to advocate for the extradition of Rivoire back to Canada.

In 2010, the Vatican worked with U.S. law enforcement officials to extradite an Indian priest charged with sexually assaulting a 14-year-old girl in Minnesota.

“We also were here this week to bring light to Johannes Rivoire, a Catholic oblate who is in France, who we wish to be extradited to Canada to face charges of sexual abuse,” Obed said. “We have worked with the Catholic Church and they have expressed their willingness to work with us to ensure that justice is served in this particular case. And it is not the only case that we wish to see resolved.”

This is a developing story. Check back with Native News Online for updates.