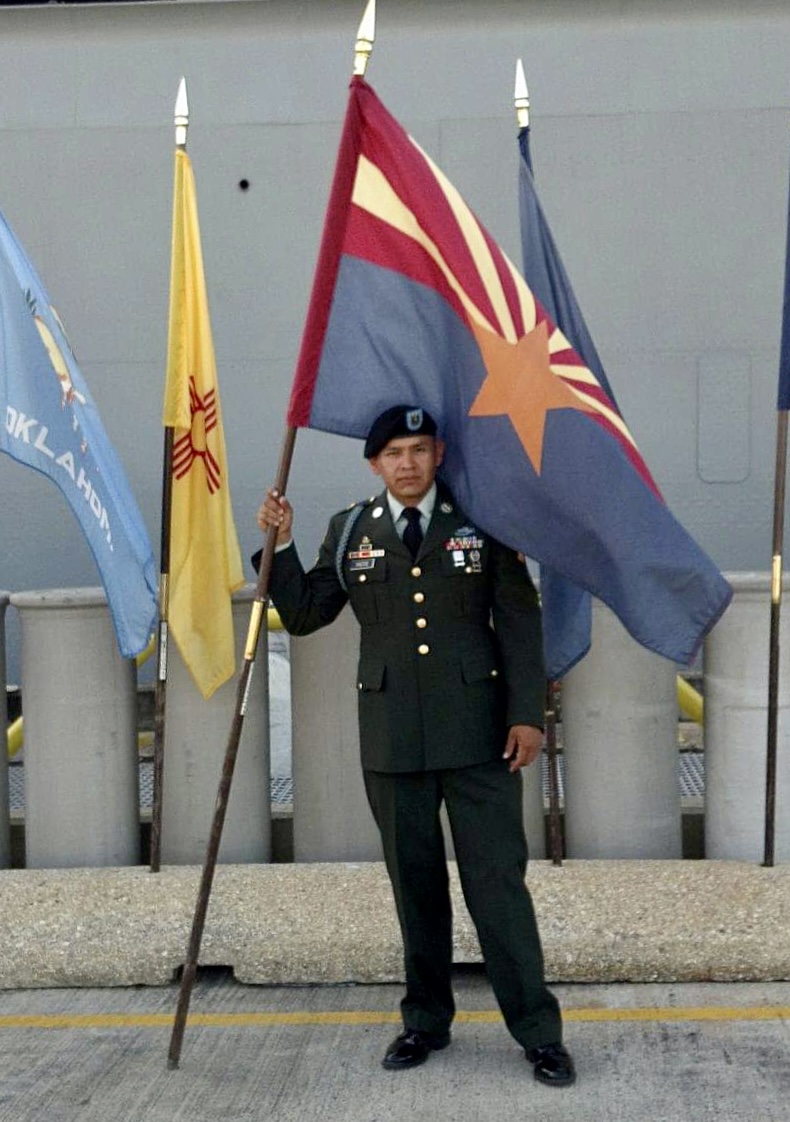 “On behalf of the Navajo people, we offer our prayers to the family and friends of our Diné warrior, U.S. Army veteran Brian Irvin Yazzie. Our words are not enough to thank him and his loved ones for all of their sacrifices for our country and our people. With this proclamation, we honor and pay tribute to Mr. Yazzie and we pray for strength and comfort for his family during this difficult time,” President Nez said.

While the Navajo Naiton issued a news release to announce the proclamation, the tribal government did not disclose the cause of Yazzie's death, however, Victoria Arviso, Yazzie’s younger sister did. She posted a statement on a GoFund Me campaign she started  for funeral expenxes. She said he fought for his life against COVID penumona.

"My brother fought to the end. He fought fighting, even when Covid took over...the nurse called him a miracle, they said they have never seen anyone as sick as he was fight as hard and as long as he did. The medical staff stood outside his room, with their last words. 'It was an honor to work for your brother.' And thanked him for his service," Arviso wrote.

Yazzie served in the United States Army, including three tours in Afghanistan and Iraq. He was stationed in Germany before being honorably discharged and retiring from the military. At the time of his passing, he was studying to become an automotive mechanic with the University Technical Institute.

Originally from St. Michaels, Ariz., Yazzie resided in Avondale, Ariz. at the time of his passing.

Yazzie will be laid to rest at the National Memorial Cemetery in Phoenix, Ariz. on Jan. 5, 2022.