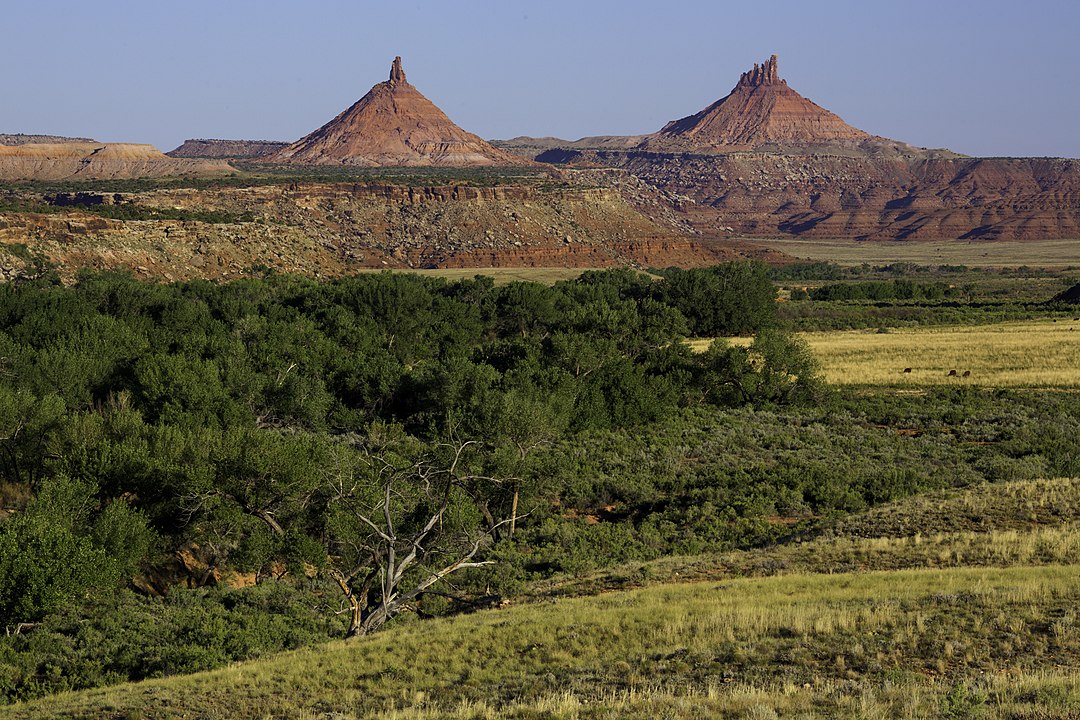 On Saturday, the Biden Administration signed an historic cooperative agreement with five tribes for the co-management of Bears Ears National Monument in Utah.

The agreement was signed between the Bureau of Land Management, U.S. Forest Service, and the five tribes who were original stewards of the monument: Hopi Tribe, Navajo Nation, Ute Mountain Ute Tribe, Ute Indian Tribe of the Uintah and Ouray Reservation, and the Pueblo of Zuni.

The objective of the cooperative agreement is to “coordinate on land use planning and implementation,” the document reads.

Following the signing on Saturday, each tribe traveled up Highway 261 to attend a sign unveiling ceremony, which includes insignias from each tribe.

“Today, instead of being removed from a landscape to make way for a public park, we are being invited back to our ancestral homelands to help repair them and plan for a resilient future.
Bears Ears Commission Co-Chair and Lieutenant Governor of Zuni Pueblo, Carleton Bowekaty, said in a statement. “We are being asked to apply our traditional knowledge to both the natural and human-caused ecological challenges, drought, erosion, (and) visitation. What can be a better avenue of restorative justice than giving Tribes the opportunity to participate in the management of lands their ancestors were removed from?”

On October 8, 2021, President Biden restored the 1.36 million acres of the Bears Ears National Monument, a large portion of which was previously reduced under former president Donald Trump. Included in Biden’s order was the re-establishment of a Bears Ears Commission, with an elected tribal member from one of each of the five local tribes.