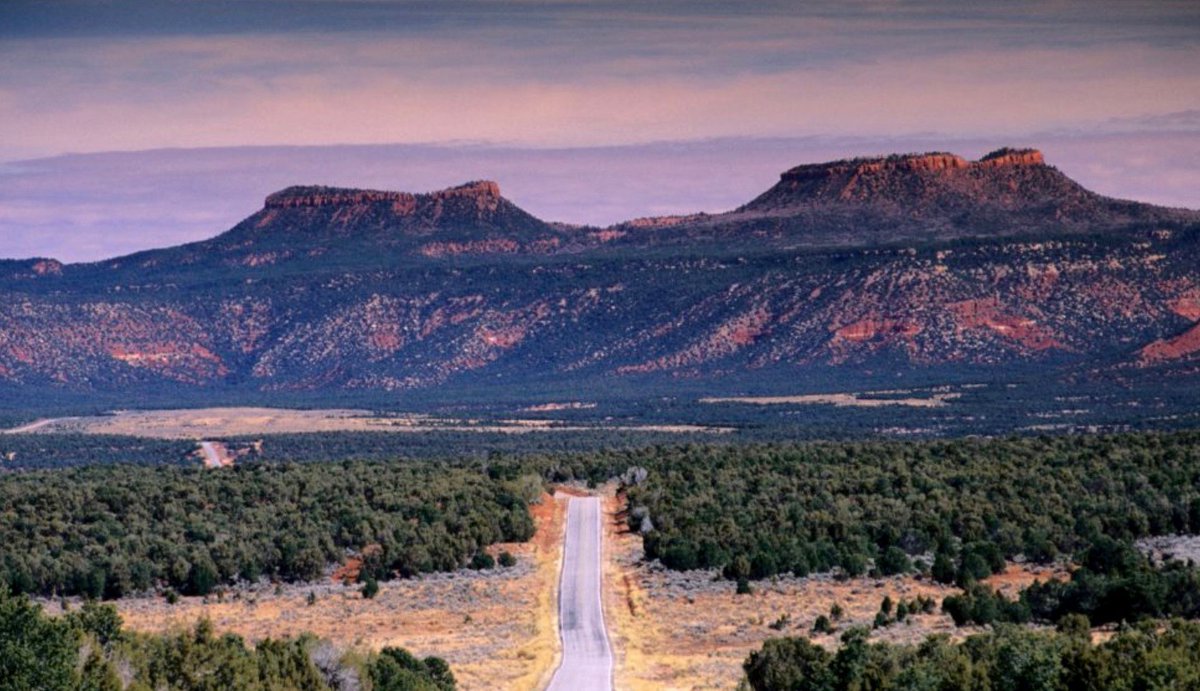 Late in his presidency, President Barack Obama proclaimed Bears Ears a national monument that included about 1 million acres of public land managed by the Bureau of Land Management and 290,000 acres managed by the US Forest Service. President Obama’s proclamation came to fruition as the result of strong advocacy by the Bears Ears Inter-Tribal Coalition—made up of the Navajo Nation, Hopi Tribe, Ute Mountain Ute Tribe, Ute Indian Tribe and Pueblo of Zuni. The coalition advocated successfully to protect the cultural, historic, and natural values of the monument.

The Grand Staircase-Escalante was declared a national monument by President Bill Clinton in 1996.

Both sites are considered sacred by American Indian tribes in the region.

In 2017, by presidential proclamation, President Donald Trump ordered an 85 percent reduction of Bears Ears and about 50 percent reduction in size of Grand Staircase-Escalante. The intention was to open up energy exploration in the areas reduced in size. The area subsequently saw a rash of exploitation and abuse by vandals, commercial interests, and misinformed tourists.

At the beginning of his administration, President Biden issued through Executive Order 14008 a review of the two national monuments by the U.S. Dept. of the Interior.

Secretary of the Interior Deb Haaland visited both national monuments in April for fact-finding purposes before making her recommendations to the president. While there she met with tribal, state and local leaders who had opposing views.

“I am proud to stand with President Biden in restoring these monuments and fulfilling his commitment to the American people,” said Secretary of the Interior Haaland in a statement. “On my visit to Utah, I had the distinct honor to speak with many people who care deeply about this land. The historical connection between Indigenous peoples and Bears Ears is undeniable; our Native American ancestors sustained themselves on the landscape since time immemorial and evidence of their rich lives is everywhere one looks. This living landscape must be protected so that all Americans have the profound opportunity to learn and cherish our history.”

With the proclamation, President Joe Biden will overturn these measures taken by the Trump administration.

The Native American Rights Fund (NARF) represents the Hopi Tribe, Pueblo of Zuni, and Ute Mountain Ute Tribe in their efforts to have the monuments restored.

“President Biden’s proclamation will roll back unpopular and illegal efforts to rip away needed protections for these ancestral lands and cultural resources. The region’s Native Nations joined together and fought long and hard to safeguard Bears Ears. We look forward to seeing one of the country’s most sacred landscapes properly protected, and we look forward to seeing that it happens in a culturally appropriate way,” NARF Staff Attorney Matthew Campbell said in reaction to President Biden’s expected action.