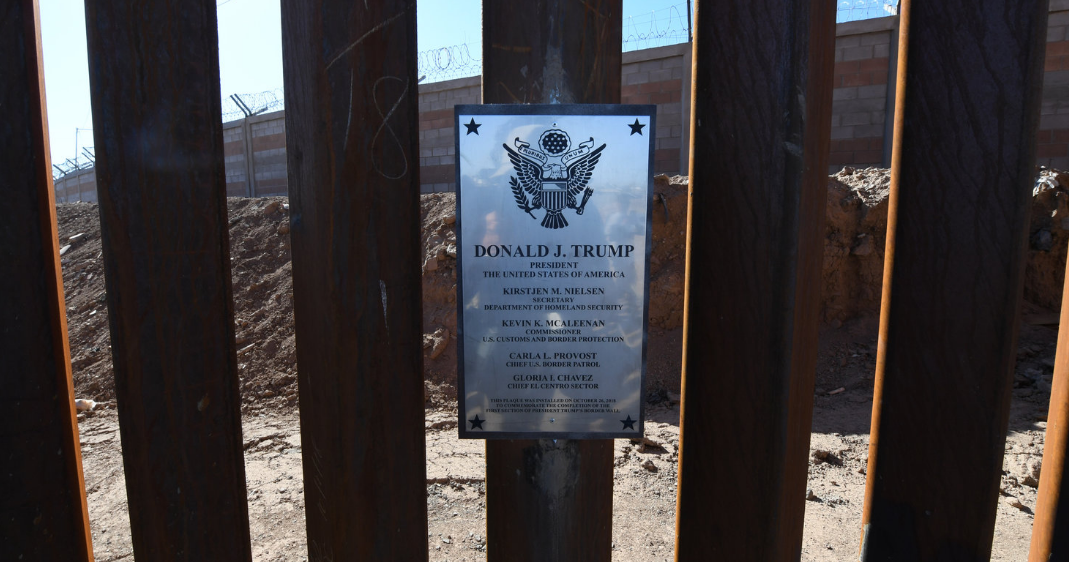 “There’s no doubt that the border wall has made New Mexico — and the entire country — more safe and secure,” Congresswoman Yvette Herrell, an avid Trump supporter, said in a newsletter.

“These dangerous moves by the new administration will lead to more illegal immigration, more drug trafficking, and more crime in our communities,” continued Herrell.

Herrell’s comments came after Biden acting decisively on his first day in office to stop the wall that Trump promised Mexico would fund, but never did.

On Wednesday after noon, hours after being taking the oath of office, Biden issued the Proclamation on the Termination Of Emergency With Respect To The Southern Border Of The United States And Redirection Of Funds Diverted To Border Wall Construction. In summary it states to “pause immediately the obligation of funds related to construction of the southern border wall, to the extent permitted by law.”

Trump used a national emergency declaration to divert nearly $10 billion from the Defense Department, which would have been one of the costliest federal infrastructure projects in U.S. history.

According to the US Department of Homeland Security, there are 1,954 miles on the United States—Mexico border. So far, 450 miles of border wall have been constructed with an additional 350 miles of construction already funded.

When Tohono O’odham members are questioned on their position of the border wall, their first response is, “there is no O’odham word for wall.” Many oppose construction and cite the desecration of sacred sites and the violation of treaties.

The National Congress of American Indians—the nation’s oldest, largest, and most representative American Indian organization—passed a resolution in 2017 stating that, “it opposes the construction of a physical wall on the southern border of the United States on tribal lands without the consent of affected tribes.”

Those who have opposed the border wall construction found relief when President Biden stated, “It shall be the policy of my Administration that no more American taxpayer dollars be diverted to construct a border wall.”

In her first week in Congress, Herrell voted to formally object to the certification of the Electoral College tally.