Federal Judge Orders 2020 Census to Continue Through Month of October 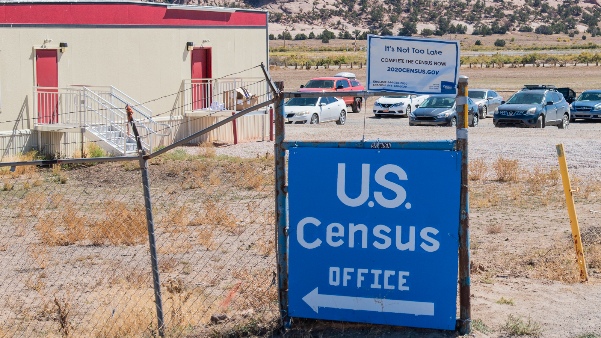 SAN JOSE, Calif. — A federal judge late Thursday ordered the U.S. Census Bureau to continue operations for the entire month of October, instead of ending the 2020 Census on Oct. 5 as was previously announced earlier in the week.

On Thursday, U.S. District Court Judge Lucy H. Koh of the U.S. District Court for the Northern District of California issued an order that clarifies the court’s previous order issued on Sept. 24, 2020, which granted Navajo Nation and co-plaintiffs’ motion for stay and preliminary injunction.

Judge Koh issued the clarification after several complaints from census field-workers surfaced suggesting that the Bureau was winding down field-operations, in violation of the stay and preliminary injunction.

Federal defendants also announced on Sept. 28 that the Sept. 30 deadline for the census count remained in effect, in violation of the stay and preliminary injunction. Thursday’s order clarified that the Census Bureau is required to continue the 2020 census count through Oct. 31 and to notify all Census Bureau employees of the injunction. The U.S. Census Bureau appealed the rulings, which have yet to be decided upon by the Ninth Circuit Court of Appeals.

The order said the government must send text messages to all Census Bureau employees notifying them of the Oct. 31 end date, and that bureau Director Steven Dillingham must file a declaration by Monday that “unequivocally confirms Defendants’ ongoing compliance with the Injunction Order and details the steps Defendants have taken to prevent future violations of the Injunction Order.”

The ruling is important to Indian Country because the Covid-19 pandemic has significantly slowed down response levels to the census.

“All Indigenous peoples have the right to be counted in the 2020 Census. The clarification and orders from Judge Koh are a step in the right direction, but the fight for our Navajo people to be counted continues in the Ninth Circuit Court of Appeals. The COVID-19 pandemic has created unprecedented challenges for all tribes to respond for the 2020 Census, especially for our people who live in remote areas without basic infrastructure. We have a strong coalition of supporters and co-plaintiffs that are fighting alongside us. I commend the work and commitment of Navajo Nation Asst. Attorney General Paul Spruhan, under the leadership of Attorney General Doreen McPaul,” Navajo Nation President Jonathan Nez said.

As of Thursday, the Navajo Nation’s response rate for the 2020 Census was only 21.7 percent.

“Navajo People face challenges brought about by the coronavirus pandemic on a daily basis. This action helps us by allowing more people to self-respond. We want to see that all Navajos are counted,” Navajo Nation Council Speaker Seth Damon said.

At press time, the Census Bureau had not reacted to the judge’s ruling.

Related: Getting Past the Apathy and Fear of the Census

Related: Census Bureau Slashing a Month Off Counting is a Critical, Damaging Blow to Indian Country