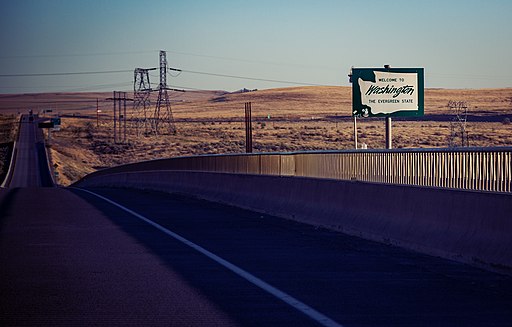 Washington state will set up the nation's first statewide alert system for missing Indigenous people, under a law signed March 31 by Gov. Jay Inslee. But two things have caused some advocates to question how effective the law will be: It will be voluntary for law-enforcement agencies to issue alerts for people reported missing, and because some Indigenous communities lack Internet access and roadside infrastructure such as electronic highway signs, it will be difficult for people there to receive alerts.

The bill, House Bill 1725, is scheduled to go into effect in June.

Introduced by Tlingit and Aleut state Rep. Debra Lekanoff (D-Skagit Valley), the new law authorizes law-enforcement agencies to designate Indigenous people reported missing for endangered-missing-person advisories. It will function like Silver Alerts, which are issued in states nationwide for the missing elderly or other people with dementia or mental disabilities, and will rely on cooperation between local and state government agencies.

The Washington State Patrol will establish a ​​center to distribute missing person information throughout the state. When a “missing Indigenous person alert” designation is made, alerts will be broadcast through avenues such as radio and TV stations, cable and satellite systems, social media, and highway advisory radio messages.

“I am proud to say that the Missing and Murdered Indigenous Women’s and People’s Alert System came from the voices of our Native American leaders,” said Lekanoff, the only Native American serving in the Washington legislature, at the bill signing on March 31. “It brings together all of our governing bodies to collaborate, to take care of those who have been taken, those who have been lost, and those yet to come.”

Carolyn DeFord, a Puyallup tribal member who testified in hearings on the bill, works with Indigenous families in Washington to help find missing loved ones. Her mother, Leona LeClair Kinsey, has been missing for 22 years. “There have been a lot of families that I’ve worked with in the last couple of years that, had this alert gone out, their loved one might have been located sooner,” DeFord said.

But she also questions how effective the system will be. In her experience, law enforcement often fails to record proper information about missing persons despite legislation mandating them to do so.

“We’ve already got legislation in Washington, longstanding legislation, that requires law enforcement to do certain things when somebody goes missing,” DeFord said. “​​There’s no ‘voluntary’ in those. It’s law, and it’s not getting done.”

Earth-Feather Sovereign is a member of the Colville Confederated Tribes and an Okanogan descendant from Canada. A survivor of violence, she is founder and director of the nonprofit Missing and Murdered Indigenous Women Washington. “This bill is really great because it’s a collaborative bill that brings different jurisdictions together,” she said. “But one of my concerns with this bill is, it says it’s voluntary.”

The Colville Confederated Tribes is the second-largest tribe in the state, with over 9,500 enrolled members and one of the largest reservations. “Our tribal members are all spread out,” Sovereign said. “We don’t have Internet on our reservation. And some of the elders, they don't even have radio or TV” — so when alerts are issued, “it may be difficult to be able to contact everybody.”

Sovereign thinks tribes should have funding to establish their own missing person systems that could enable them to work with the state across jurisdictions. “I would just encourage the tribes to try to implement something – even if it’s separate from the state – to try to implement their own emergency system, because they know what their tribe needs. They know what challenges and obstacles that their tribe faces.”

Still, DeFord said she’s hopeful about the bill. “That extra hope that that gives families when they know that that alert goes out,” she said. “The more people we can reach at once, the better.”

There are still “a lot of unknowns” with how it will be implemented, DeFord added.  “But I’m optimistic that if it helps any family, that’s progress. There’s always room for improvement, but we won’t know exactly what those best improvements are until we see how it works.”