BOULDER, Colo. — University of Colorado President Mark Kennedy is being called out by faculty and the school’s native studies center for saying online classes needed to increase in order for the university to avoid “a trail of tears.”

The comment was made on Aug. 27 during a meeting between Kennedy and the university faculty meeting. 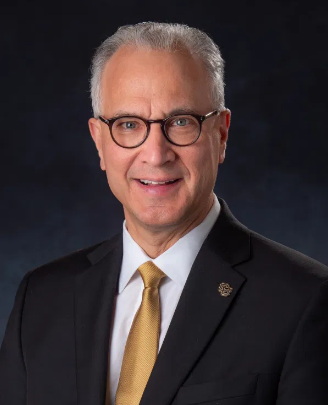 CU President Mark Kennedy – Courtesy Photo“On-campus is declining and online is growing,” Kennedy said at the meeting. “If we don’t get online right … we have a ‘trail of tears’ in front of us. All of us need to get this right if we’re going to continue to be a very meaningful contributor to the prosperity of our students and state.”

The Trail of Tears is a sad part of American history when the U.S. government on orders of President Andrew Jackson forced several tribal nations to leave their tribal lands in the southeast region of the South to march to “Indian Territory.” Along the way, thousands of American Indians died of illness, malnutrition and gun wounds. The Cherokee Nation lost some 4,000 of its tribal members.

Kennedy’s comment was published in university publications written for faculty and staff. The quote was edited out in a later version and Kennedy apologized at the top of the edited article.

CU Boulder’s Center for Native American and Indigenous Studies in a released statement said Kennedy’s comment displayed “ignorance of these atrocities at best, and willful verbal harm at worst.”

“Although we acknowledge that President Kennedy issued an apology in response to initial criticisms, for our highest-ranking University leader to do so calls attention to the need for systemic efforts at the University of Colorado to counter such damaging conceptions of Indigenous history and present issues,” the statement said.

Members of the faculty emailed Kennedy to condemn his comment and asked for a more formal apology.