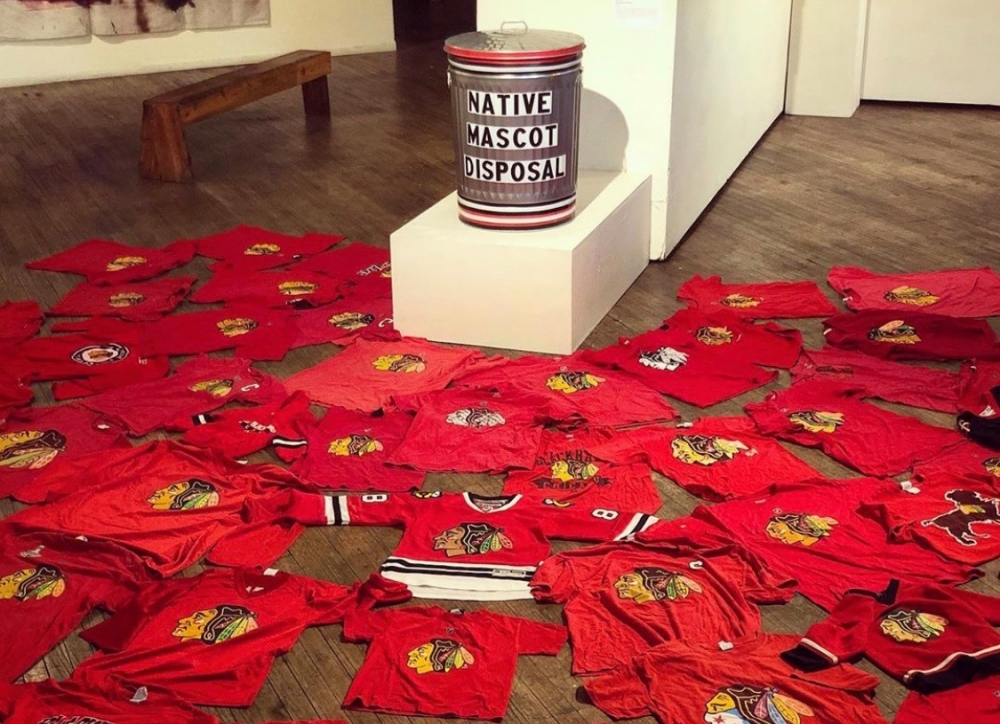 CHICAGO — Kicking off Native American Heritage Month controversy, the Chicago Blackhawks announced that it will conduct land acknowledgements before each home game in honor of Indigenous peoples.

In a statement, the Blackhawks said the NHL club “acknowledge that the team, its foundation, and the spaces we maintain, work, and compete within, stand upon the traditional homelands of the Miami, Sauk, Fox, Ho-Chunk, Menominee, and the Council of the Three Fires: the Ojibwe, Odawa and Potawatomi Nations. We understand that this land holds immense significance for its original stewards, the Native Nations and peoples of this region.”

Recently, the Blackhawks updated its site to include Native American initiatives, programs and showcase its partnerships with the suburban Trickster Cultural Center and out-of-state curator Nina Sanders (Apsáalooke), who serves as an advisor to the team.

“Part of this work will include working with Native partners in educating our staff, fans and local community on the history of Black Hawk and original peoples of Illinois, as well as on Native American contributions to today’s society,” the club’s website says. “We will also continue to expand our investments in Native individuals and communities. Through these initiatives, we endeavor to build a community that is informed and respectful of Native American people and their culture.”

Many Native people and activists in Chicago, however, believe this is the hockey team’s attempt to bypass the actual issue: the use of Native imagery for sports teams. The hockey team is named after Sac and Fox Chief Black Hawk, a warring Illinois chief from the 1800s, and uses his likeness for its logo.

“This is simply window dressing and a diversion from their racist mascot. If they were truly serious about honoring Native people, they would change their mascot,” said Les Begay (Diné), who serves on the board of the American Indian Center of Chicago.

“The team is buying public support, calling it respect while continuing to stereotype, appropriate and dehumanize Native people with their offensive mascot.”

This summer proved fruitful for social justice seekers and campaigns such as #NotYourMascot and Change the Mascot, who scored a major victory when the NFL’s Washington football franchise officially changed its racist name.

In response to placate critics, the Blackhawks banned the use of headdresses at their games and updated its policy, claiming “these symbols are sacred, traditionally reserved for leaders who have earned a place of great respect in their Tribe, and should not be generalized or used as a costume or for everyday wear.”

America has a long sordid history of non-Natives playing dress-up and appropriating Indigenous culture, from the Boston Tea Party to war machines to countless sports teams.

Since the 1960s, the National Congress of American Indians (NCAI) has taken a firm stance against “Indian” sports mascots and the psychological and cultural harm it causes. With growing support from organizations, tribes, schools and sports teams, change is happening.

“As a result of ongoing education and advocacy, in total, two-thirds or over 2,000 ‘Indian’ references in sports have been eliminated during the past 35 years. Nearly 1,000 still remain today,” NCAI said.