Chicago Blackhawks Ban Use of Headdresses But Refuse to Change Name 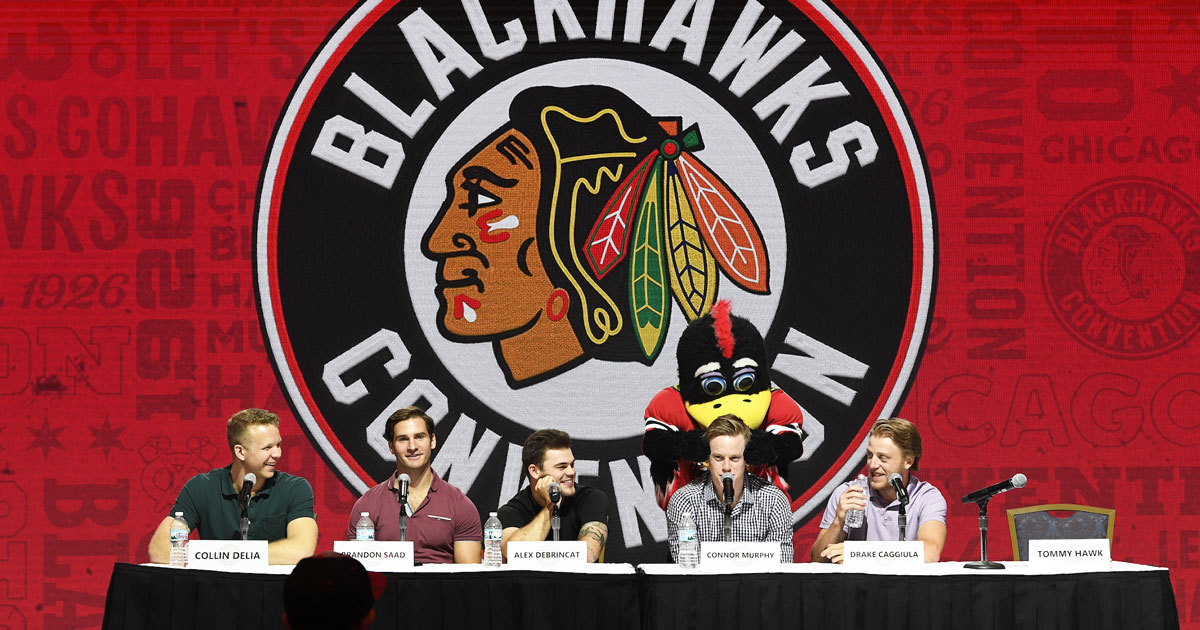 CHICAGO — As sports teams change their controversial names across the nation, the Chicago Blackhawks continues to stand its ground.

In a recent press release Wednesday, the NHL franchise announced that it will ban fans from wearing headdresses to games.

“[A]fter extensive and meaningful conversations with our Native American partner… headdresses will be prohibited for fans entering Blackhawks-sanctioned events… These symbols are sacred, traditionally reserved for leaders who have earned a place of great respect in their Tribe, and should not be generalized or used as a costume or for everyday wear.” 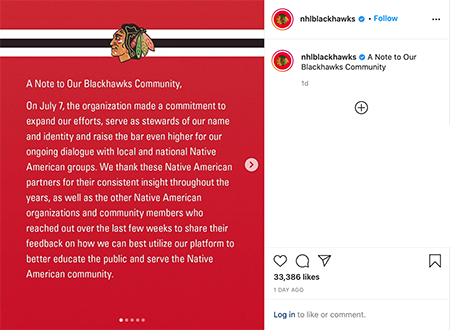 This news has been met with mixed reactions from Native people in Chicago. Many want to support their local hockey team and educate the public while others accuse the name of cultural appropriation and not an appropriate way to “honor” ancestors.

The team is named after Sac and Fox Chief Black Hawk, who fought for his tribe’s land rights in Illinois during the 1800s. The NHL club’s website provides a page to his legacy and mentions its partnership with Native-owned Trickster Art Gallery, located in Schaumburg, Ill.

According to the Chicago Tribune, Sac and Fox tribal ambassador Juaquin Hamilton said, “When we’re in town, the Blackhawks allow us a booth in the concourse [of the United Center] to pass out pamphlets and share history about our war leader [Black Hawk], our Olympian Jim Thorpe and our tribe.”

Blackhawks owner William “Rocky” Wirtz has been criticized for decades about the team’s name, its limited participation with Native groups across the city and overall poor management. 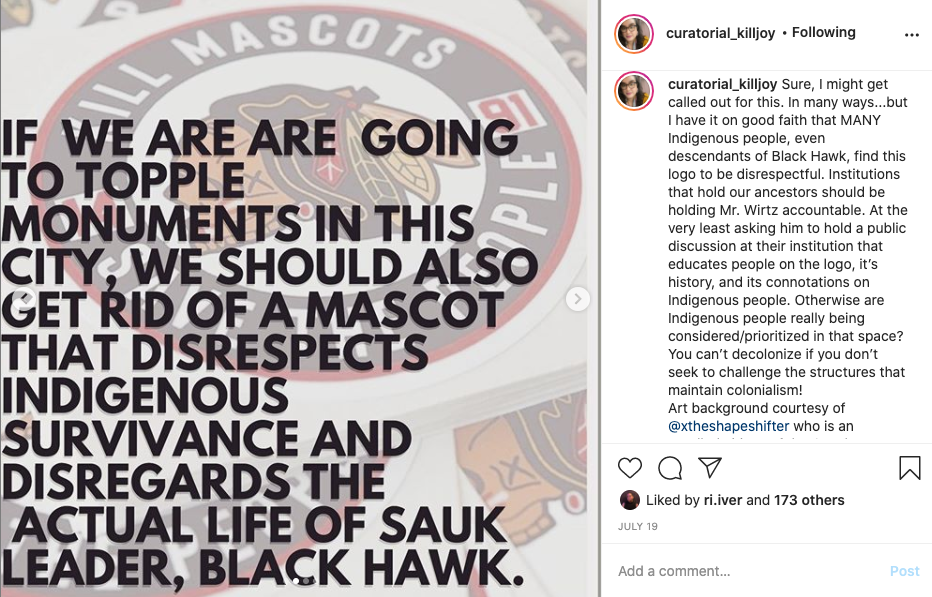 “You can’t decolonize if you don’t seek to challenge the structures that maintain colonialism!” Roberts posted on Instagram.

“Having fans no longer attend with headdresses is a start at rectifying the harm this team has caused Indigenous people in this city by being misrepresented or misunderstood,” said Roberts, who is currently working on the Field Museum’s Native North American Hall renovation.

“Mr. Wirtz needs to change the logo as it completely disrespects the legacy of Sauk leader Black Hawk. It also keeps us in the past and as if we are not here. Well, we are here, and we will not be silent about having our ancestors represented in the way they deserve.”

Officials from the Blackhawks could not be reached for comment.