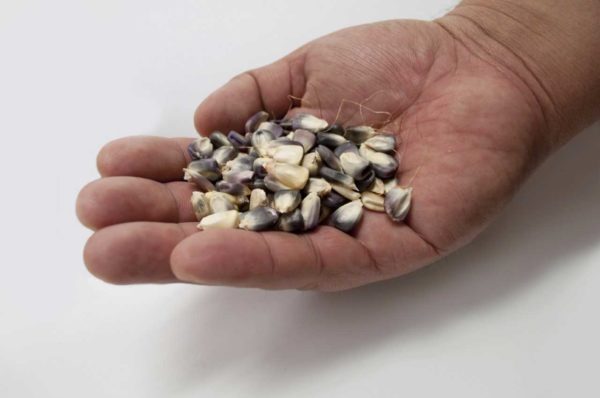 For generations, the Cherokee people have planted and harvested crops to nourish our families. Agricultural maintenance and crop cultivation were essential parts of our lives well before Europeans set foot on this continent.

Corn, beans and squash have been planted together—the traditional “three sisters”—for as long as anyone can recall.

Our ancient crops were drought and insect resistant. They had a long storage life, which sustained us through many winters. However, as modern hybrid varieties grew in popularity and gardening became more commercialized, many of the older heirloom plants that traveled with us from the East fell out of favor. They became very hard to find in stores and on grocery shelves. Even the seeds were hard to come by.

With an eye toward ensuring our people would still have access to these hardy, historic heirlooms, the Cherokee Nation took action by opening a tribal seed bank. Begun in 2006, the seed bank has steadily grown and widened its scope. In the decade since, our heirloom seed program has reinvigorated the traditional crops that came across the Trail of Tears with our ancestors to Indian Territory.

Today, the Cherokee Nation is the first tribe in the United States to receive an invitation to deposit its traditional seeds in the Svalbard Global Seed Vault, a long-term seed storage facility housed deep inside a mountain on a remote island in Norway. Svalbard is about 800 miles from the North Pole. It is the world’s most sheltered storage facility, created to safeguard as much of the Earth’s unique genetic material as possible. Sometimes called a “doomsday vault,” Svalbard now holds about 1 million crop seeds from across the world and can store up to 4.5 million varieties.

Nine Cherokee seeds were recently vacuum-sealed and meticulously packaged according to specific guidelines before being shipped to the Svalbard seed vault, where they will be stored indefinitely. The seeds selected include Cherokee white eagle corn (the tribe’s most sacred corn, which is used for cultural ceremonies), Cherokee long greasy beans, Cherokee Trail of Tears beans, Cherokee turkey gizzard black and brown beans, Georgia candy roaster squash and three other varieties of corn. The chosen crops represent a core part of Cherokee identity.

These varieties are genetically unique to the Cherokee Nation. They are the same crops our people have been farming for hundreds of years. They are important both culturally and scientifically. The preservation of these seeds has always been a priority for our people. Losing a plant variety is irreversible in the same way as the extinction of a bird, reptile or mammal. If the worst should happen, there is peace of mind in knowing these precious seeds are protected in the Svalbard vault.

Today, a new generation of Cherokees is embracing the planting and harvesting tradition. It makes me proud that we are carrying on this great Cherokee practice, just as countless generations before us have done.

The Cherokee Nation seed bank continues to grow and get more popular every year, as staff fulfill requests and ship more than 10,000 seed packets annually to our citizens around the world. It remains a vital link to keep the Cherokee Nation connected to our homeland while preserving our history and heritage.

If you are a citizen of one of the three federally recognized Cherokee tribes and would like to request seeds from our seed bank, please visit https://secure.cherokee.org/seedbank for details.