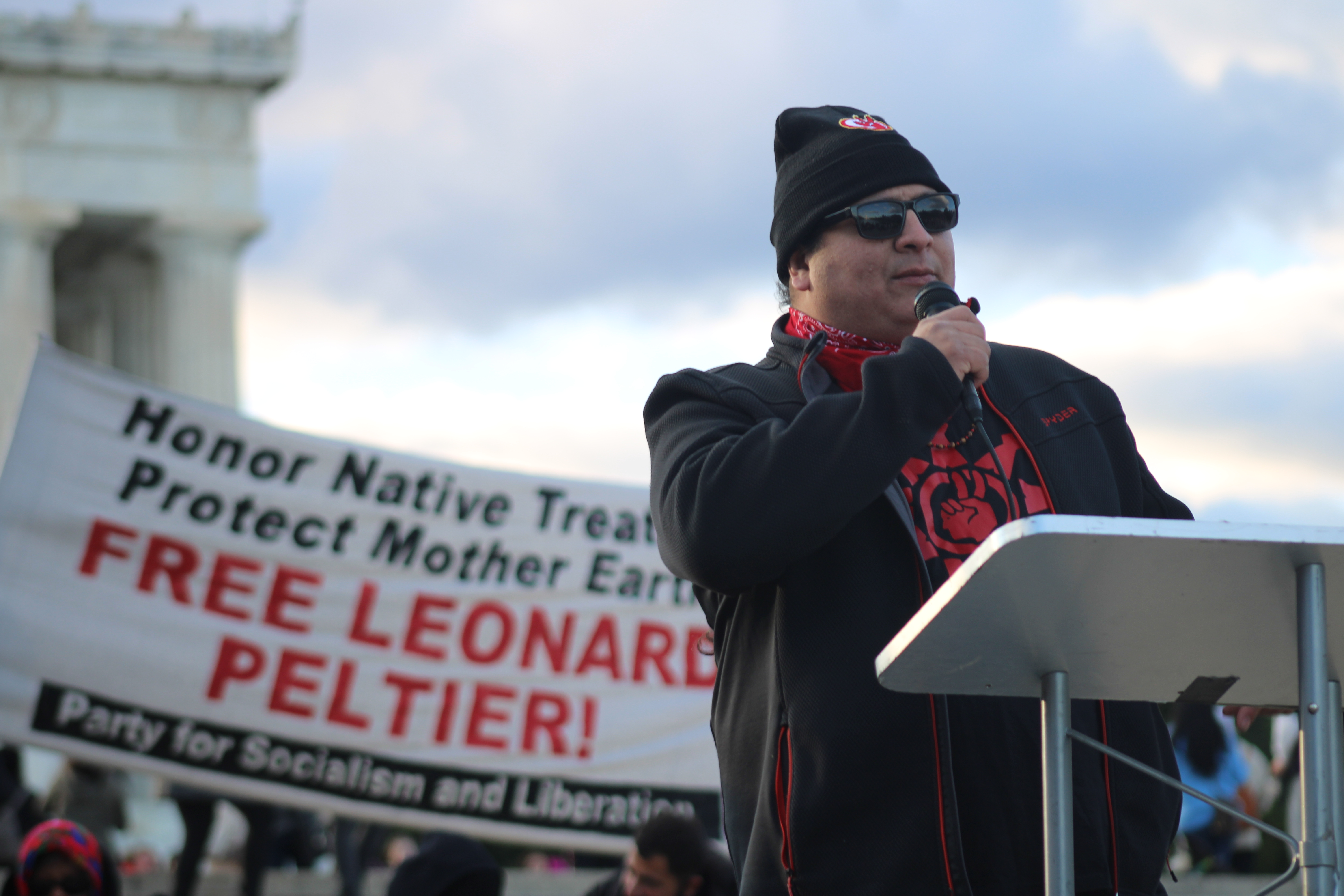 Tilsen’s charges stem from a protest organized during former President Trump’s visit to the Mount Rushmore National Memorial on July 3, 2020.

“My case held a mirror up to the so-called legal system, where prosecutors – fueled by white fragility and fear of Indigenous power – wasted years of state resources to intimidate, criminalize, and violate me,” Tilsen said in a statement. “The fact that I’ve gone from facing 17 years in prison to all charges dismissed is not a coincidence or an act of justice – it’s evidence that the charges were bogus from the start. We only won because we had effective tools and a strong network to fight them and did not back down until we had exhausted the system that was built to exhaust us.”

Tilsen was charged with second-degree robbery and grand theft in the alternative, as well as two counts of simple assault against law enforcement officers and three other misdemeanor crimes: standing on a highway with intense to impede-stop traffic, failure to vacate/ordered to leave, and disorderly conduct-unlawful assembly. Tilsen’s felony charges stem from allegedly stealing a shield from a female Air National Guardsman and assaulting her, all felonies in South Dakota.

Native News Online reported that the July 2020 demonstration led to the arrests of twenty adults and one juvenile by the Pennington County Sheriff’s Office. In March 2021, Pennington County offered to drop charges against all other individuals arrested for the demonstration near Mount Rushmore if Tilsen pled guilty and participated in a prison diversion program. If he completed the program, his charges would also be dropped.

Pennington County’s diversion program is usually available to people with no or little criminal history. Participants usually must stay out of trouble for a year and complete court-mandated tasks to improve their behavior and life, and the charge and arrest will be expunged from a person’s record.

“The past few years have been incredibly difficult in many ways – but feeling the support of my community and ancestors along the way has been lifegiving,” Tilsen said. “I extend my deepest gratitude to everyone who took action on my behalf, prayed for me in ceremony, and supported my family through the darkest times. This victory belongs to all of you.”

After Pennington County Attorney’s Office announced it offered a diversion program to Tilsen, it made a statement that it intended to prosecute Tilsen. Tilsen has continued to lead NDN Collective throughout the legal battles created and continuously prolonged by the state of South Dakota, says NDN Collective.