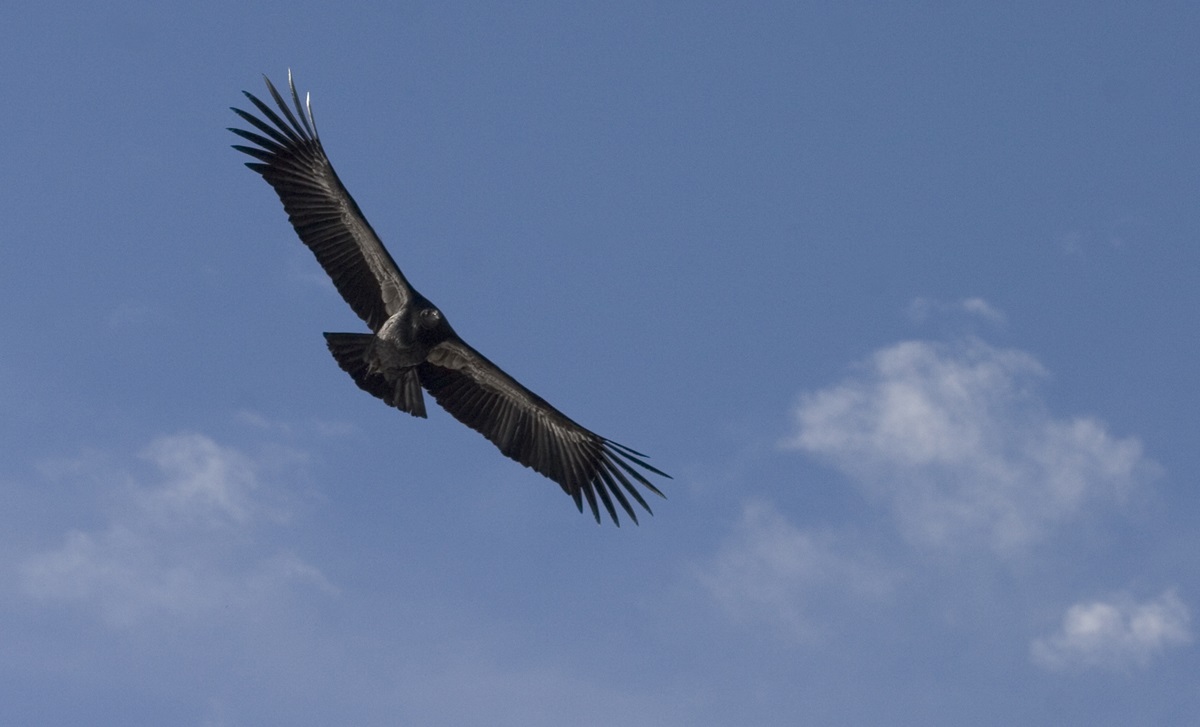 CRESCENT CITY, Calif. — With a wingspan of nine and a half feet, the largest flying birds on the North American continent may soon return to their ancestral skies above Indigenous lands of the Pacific Northwest.

Back from the brink of extinction and after a 100-year absence, “Prey-go-neesh,” the Yurok name for the California condor, is on track to return home. Currently, Redwood National and State Parks (RNSP), U.S. Fish and Wildlife Service (USFWS) and the Yurok Tribe are collaborating to bring the endangered California condor back to Northern California. In addition to the three primary program collaborators, there are dozens of other partners involved, such as the Oregon Zoo, Humboldt State University, the Peregrine Fund, the Hoopa Valley Tribe and the Ventana Wildlife Society.

According to Leonel Arguello, RNSP Joint Chief of Resource Management and Science, the condor program’s proposed facility and release site is in the Bald Hills area of Redwood National Park, part of the Yurok tribe’s ancestral territory. He explained that the agencies are in the final stages of the National Environmental Policy Act (NEPA) process, and approval will give them the ability to start construction at site and hire a condor biologist for the park.

“The earliest we would expect to receive birds would be next year,” Arguello said.

Amedee Brickey, USFW California Condor Recovery Coordinator, who coordinates with the groups working on California condor conservation populations in Arizona, Utah, Mexico and two populations in central California, said the birds could come from any of the condor captive breeding facilities, including Idaho or the San Diego, Oregon or Los Angeles zoos.

“Based on genetic factors, decisions are made every year to look at where the best fit would be for captive bred birds to be released in the wild,” said Brickey, who stressed the importance of keeping a genetic diversity within each wild population.

Because the birds live long lives — up to 50 or 60 years — and don’t begin breeding until age seven, with a very low reproductive output, it takes a long time to build a population. “Our goal is to have multiple populations that can better withstand things like fire,” she said.

Many condors have perished in the California fires and others are still unaccounted for, which is a significant loss when you consider that the entire California condor population has grown from the last remaining 22 found in Southern California in 1982. There are now possibly 518 still alive.

Kelly Sorenson, Executive Director of the Ventana Wildlife Society described the ongoing devastation of the Dolan Fire, which resulted in a roughly 10 percent loss of their total central California condor population as well as the loss of their condor release facility buildings in Big Sur. Nine adult condors are still missing, and of the five chicks with burned-over nests, two chicks perished and the two that survived are struggling to live. One chick was rescued from its nest right before the fire came through and was taken to the Los Angeles Zoo, with plans to be released next year at Big Sur with a group of captive-raised chicks.

“We need to keep the death rate low so the population can grow,” said Sorenson, explaining that the threat of fire was not previously significant, and other human factors such as power lines consistently have placed the birds at a higher risk. But condors can be trained for safe flying, a skill they may pass on to future wild offspring.

“Before condors are released, every individual is trained to not land on power poles,” he said.

However, because condors are scavengers, their primary danger continues to be lead, which they ingest from eating wildlife shot by hunters. Since 2019, non-lead ammunition is required for hunting in California, and Sorenson says the Ventana Wildlife Society and many other organizations are encouraging hunters to make the switch to non-lead ammunition for the good of the ecosystem. There are programs to help educate hunters on safe options. such as the North American Non-lead Partnership. “When we solve the lead problem, we’ll have a self-sustaining condor population again,” he said.

Sorenson explained that the society will continue to work with the Yurok Tribe and connect the program at Redwood Parks into the CACO (California Condor) Central database, a remote data collection system that tracks vital biological information.

Yurok Tribe Wildlife Department Director, Tiana Williams-Claussen (Yurok), explained in a statement that although the tribe spearheaded the condor program initiative, the decision to reintroduce the condors was made by a panel of Yurok elders. The condor was voted by the elders as the single most important terrestrial-based species that should return to their ancestral territory because, in Yurok culture, “Prey-go-neesh” is “poy’-we-son” (one of the highest spiritual animals) and can help the tribe heal from the trauma of contact.

Williams-Claussen said the condor is also integral to Yurok World Renewal Ceremonies, including their Jump Dance and White Deerskin Dance in the form of song, prayer and feathers they use in dance. The condor, she said, holds a similar importance for the surrounding tribes and tribes from Southern California up into Canada. Throughout North American tribes, the condor is said to be a protector, a creator, a provider, or the embodiment of the Thunderbird.

In the words of Richard Myers (Yurok), a former tribal councilman and cultural leader, “It can soar the highest, so we figured that was the one to get our prayers to heaven when we were asking for the world to be in balance.”