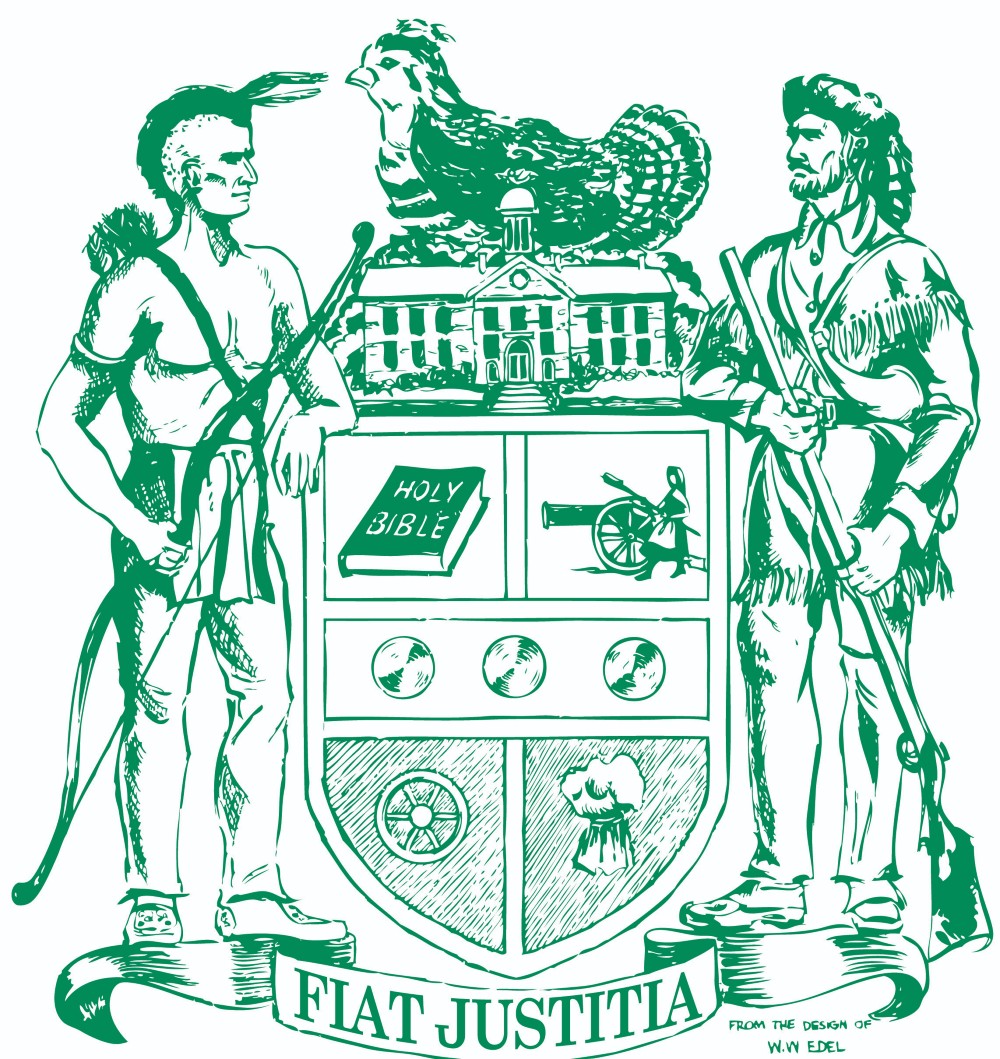 The borough of Carlisle, Pennsylvania, voted last week to retire its logo depicting a crest flanked by a white man holding a rifle and a Native American man holding a bow and arrow above the Latin words Fiat Justicia meaning “Let justice be done.” Mayor Sean Shultz said the decision, reached last Wednesday in a unanimous borough council workshop, came from the realization that the current crest “has a naïve view of the relationship between Native Americans and westerners in this country, and specifically this area.”

Carlisle Indian Industrial School, founded in 1879 just three miles outside of downtown Carlisle, was the nation’s flagship boarding school that served to “kill the Indian save the man.” In its 39 years of operation, records show that at least 7,800 Native children attended Carlisle, and at least 194 died there from sickness, abuse, and neglect.

While Shultz said the internal discussions about a logo change came prior to the discovery of a mass grave of 215 Native children at the site of a former residential school in Canada. The discovery sparked the United States to take its own critical look at its Indian boarding school history. “But I would say that there's a sense of greater urgency because of those events,” he told Native News Online.

According to Shultz, a new logo has not yet been decided upon, and will include community input.

The original crest was designed by the president of the local Dickinson College in the 1950s to present upon gifts for a trip to the town’s namesake, Carlisle, England. The crest was never formally adopted by the local government, Shultz said.

“The importance of this is really two-fold,” Shultz said. “One is to recognize the way the crest objectifies Native American representation. And two, that it's time to move forward, and to have something that's more reflective of where we are and where we want to go as a town.”

Among those children still buried at the Carlisle barracks is the great aunt of Eleanor Hadden (Tlingit, Haida, Tsimshian). Hadden, who lives in Alaska, has visited Carlisle several times over the past five decades to positively identify her great aunt's headstone, currently marked as "unknown," and to encourage the Army to repatriate her remains back home.
"I’m glad to see the logo is being retired," Hadden told Native News Online. "It definitely has a stereotypical Native American standing on the left. I see the ‘frontiersman’ is on the right side which could mean the correct side of civilization."
Hadden added that, in the 1950s, western movies and television often stereotyped and glorified Native Americans, and those associations have carried through to today. "This logo is definitely a product of its time and does need to be replaced," she said.

Carlisle Indian Industrial School buried the bodies of at least 194 Indigenous children in the school cemetery, including 14 of whom are interred with “unknown” grave markers.

Since 2017, several tribes have engaged with the Army and instigated the return of their ancestors' remains. The U.S. Army continues to oversee the site’s graves of 173 remaining Native children.

This article has been updated to correct the spelling of Mayor Shultz's name and to clarify the vote was unanimous. It has also been updated to include Eleanor Hadden's comments.