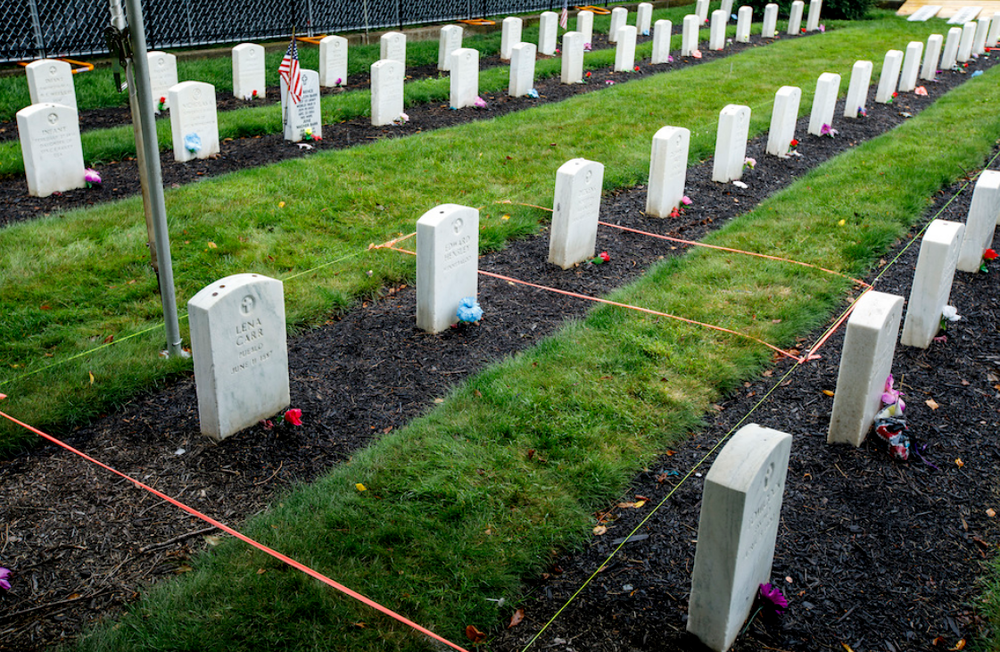 Eleanor Hadden (Tlingit, Haida,Tsimshian) told viewers of Native News Online’s An Indian Boarding School Discussion - Why Repatriation is Important  this past Mohday the poignant story of how her family has spent over five decades trying to bring back the remains of her great-aunt Mary Kinninnook, who died at the Carlisle Indian Industrial School in Carlisle, the nation’s first off-reservation Indian Boarding School, back to Alaska.

Hadden explained her mother took it upon herself to try to find Mary, who was 14-years-old when she died at Carlisle in 1908 far from her home in Alaska.

Even though there are records of Mary’s death, she does not have a headstone with her name on it. She is among 14 children with headstones labeled “UNKNOWN.” The remains of about 200 children are buried in a cemetery operated by the U.S. Army.

Hadden said her family has felt there has been something missing with Mary’s remains being left in a cemetery so far from Alaska where she was born. Bringing Mary’s remains back to Alaska will fill that missing part of her family.

“It doesn't feel right that we leave her there,” Hadden said.

Hadden says the COVID-19 pandemic has slowed down the Army’s timeline as to when Mary’s remains will be returned to her family.

On the positive side, Hadden is hopeful that her family will be able to repatriate Mary’s remains this summer.

Parker emphasized the importance of taking the steps to uncover the truth about the boarding schools, so the steps to healing can begin. She calls for the federal government to recognize their wrongs, be truthful, and admit to committing cultural genocide.

She explained that repatriating children’s remains is more than just bringing them home but is part of the healing Native communities need to go through.

“If there's anything we’ve learned over this past year, it’s that there's still so much to uncover,” Parker said.

“Families deserve to know what happened to their children and creating a space for those elders that were once children to tell their stories,’ Parker said.

During her comments, White Hawk stressed the importance of properly processing the repatriation experience because healing comes from it. She emphasized that not talking about truth and reconciliation without allowing space for healing can be leave a void.

“I do not have the power to heal. But what I have learned is we are that healing agent to each other as relatives,” White Hawk said. “Isolation is crippling. Coming together is important, Having a time of truth, giving ourselves that time of healing is important.”

White Hawk stressed healing does not have a timeline and should be treated as such.

“When non-Native people hear a story, they may not see it as the depth that we understand a story to be. So, I started calling them testimonies because these experiences were direct result of policies of the United States government, White Hawk said.

“I want to stop saying we lost our languages. They were taken from us and we can take it back,” White Hawk.

The Indian boarding school live streams are a part of the increased coverage by Native News Online since the disclosure of 215 unmarked graves of Native children in British Columbia in late May 2021.

“This is live stream is done with the hope that uncovering history can help initiate the steps towards healing from the scars of the failed assimilation policy known as Indian boarding schools,” Rickert said.