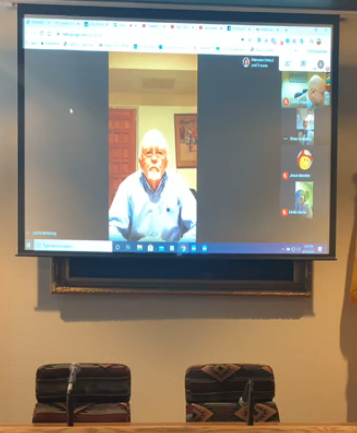 GALLUP, N.M. — The sale of all alcohol beverages at convenience stores in the largest Navajo Nation border town has been banned in the city, but language to enact a curfew in an emergency ordinance could not secure enough votes for passage.

The Gallup City Council voted 4-1 in an emergency council session April 14th to adopt an ordinance banning the sale of alcohol at convenience stores to aid in stopping the spread of the COVID-19 virus during the period of a declared emergency.

Members of the Gallup city council debated the issue of the homeless population purchasing alcohol at convenience stores and sharing it with other individuals, heightening the potential to spread the virus. With its close proximity to the surrounding Navajo Nation communities, many Navajo citizens drive, hitchhike or walk into the city to purchase alcohol miniatures, half-pints or pints and consume in groups behind downtown alleyways and buildings, and under viaducts.

Concerns were raised about the limitation of alcohol sales to people who can't afford or would be denied the purchase of alcohol at the grocery stores. Some fear limiting sales will spark a large increase at hospitals, which will have to deal with individuals experiencing alcohol withdrawal issues. The mayor noted there are no active detox centers open in the Gallup area at this time.

"If we are cutting off alcohol totally, aren't we starting another health crisis with people going into alcohol withdrawals and the DTs (delirium tremens)," McKinney said.

Gallup City Manager Maryann Ustick said the mayor reached out to corporate staff of Speedway, which has nine liquor licenses in the city, asking if they would voluntarily stop selling alcohol; but they said they would not voluntarily stop unless an order was issued. 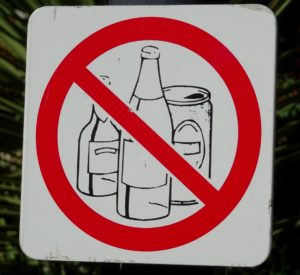 Ustick said the city ran a 3,000-square-foot detox facility for numerous years, but it was shut down April 14 because it was understaffed due to a number of COVID-19 cases. The city has contracted with three local hotels to provide shelters to homeless individuals who have tested positive for the virus so they can shelter in a safe place with food provided.

"We want to have a balanced approach to try and contain the spread of the virus to the homeless population in particular because they are so vulnerable," Ustick said. "This is just another one of the efforts we have undertaken to address this pandemic in the community."

The sale of alcohol at grocery stores such as Wal-Mart, Safeway and Albertsons and other stores with more than 4,000 square feet may continue to sell alcohol in accordance to current state and local laws.

A mandatory curfew in the municipality was discussed but the council decided to make the curfew suggestive saying many residents already were doing a good job sheltering in place.

Close by, the Navajo Nation has 838 confirmed COVID-19 cases and 33 related deaths, according to the latest daily press release from the Navajo Office of the President and Vice President on April 14.

“The number one priority is the health of all people and we thank the Gallup City Council for taking a step in the right direction. We hope they also consider banning alcohol sales at grocery stores as well,” Navajo Nation Vice President Myron Lizer said.

The Nation has had a daily curfew extending from 8 p.m. to 5 a.m. for a couple weeks now. Navajo Police have issued 115 citations for criminal nuisance for curfew violators with 120 officers contributing to curfew saturation enforcement across the reservation.

With a 2018 population of 21,929, the city of Gallup is the largest border town to the Navajo Nation in western New Mexico along the I-40 corridor. An alternate care medical facility will be opening soon at Miyamura High School, one of the high schools in the city, to care for COVID-19 patients. A large influx of viral cases are expected, according to local authorities.