Breaking News. History was made on Wednesday when Alaska Native Mary Peltola, a Democrat, was elected to fill Alaska's congressional at-large seat that has been vacant since longtime Congressman Don Young died unexpectedly in March, 2022. 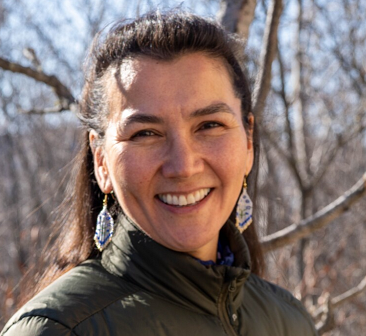 Peltola beat former Alaska governor and GOP vice presidential candidate Sarah Palin in the special election. In the special election, Peltola garnered 51.5 percent of the vote to Palin’s 48.5 percent. Palin, a Republican, had the endorsement of former President Donald Trump, who campaigned for her in the state. Republican candidate Nick Begich III finished third in voting.

The election victory was a 49th birthday present for Peltola, who was born on August 31, 1973.

Peltola will be sworn in on September 13, 2022 and will serve in Congress until the end of the current term.  She will have to run for re-election in the midterm election on November 8, 2022.

Peltola was elected at age 24 to represent the Bethel region in the state House of Representatives. She served in that seat for a decade, from 1999 until 2009. She and U.S. Sen. Lisa Murkowski (R-AK) entered the state legislature the same year, and Peltola said that she's respected Murkowski ever since.

Editor’s Note: This is a developing story.