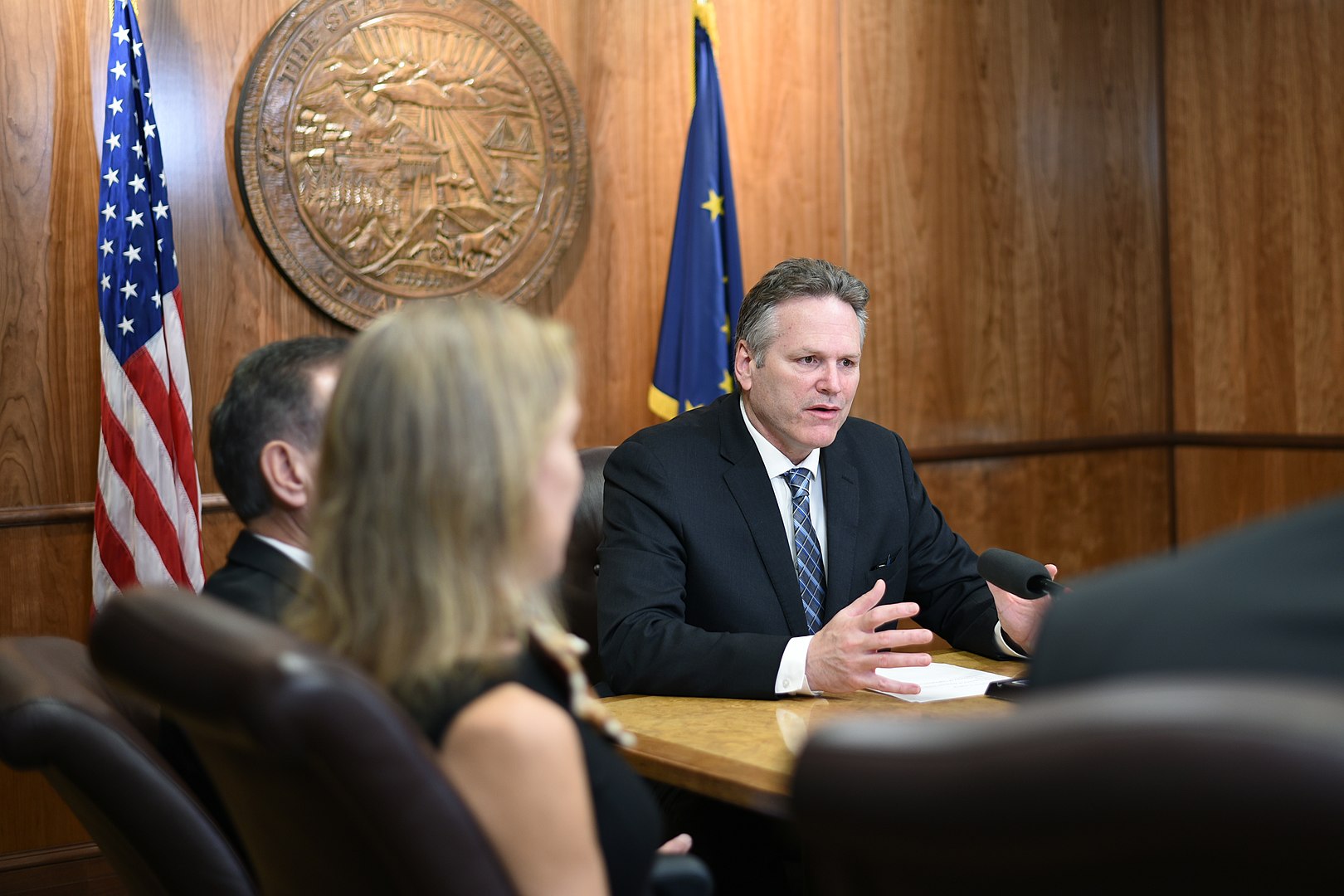 On Monday, Alaska’s largest Native organization and several other groups sued state Gov. Mike Dunleavy’s administration over its move to drain a pool of money that subsidizes high rural energy prices for roughly 84,000 Alaskans in 194 communities.

The so-called Power Cost Equalization Endowment Fund was created in 2000 “to equalize power cost per kilowatt-hour (kWh) statewide at a cost close or equal to the mean of the cost per kWh in Anchorage, Fairbanks, and Juneau,” according to the Treasury Department.

The rural communities it serves are largely diesel fuel reliant.

The nonprofit organization, along with more than a dozen electric cooperatives and rural communities, argue that Gov. Dunleavy’s administration violated the Alaska Constitution when it swept more than $1 billion from the Power Cost Equalization (PCE) Endowment Fund into the Constitutional Budget Reserve, a state savings account.

The sweep happened in 2019 during a legislative budget impasse, and has meant that the PCE has not been funding for the current fiscal year—beginning July 1. In past administrations, the suit notes, governors have not subjected the PCE to their annual budget sweet.

Gov. Dunleavy’s administration was the first to include the PCE in the sweep, or budgetary mechanism where budget funds available for appropriation in the general fund at the end of a fiscal year are used to repay prior appropriates from the state savings account.

Moving PCE funds requires a three-quarters vote of each chamber in the Alaska Legislature, a threshold that has not yet been met.

The Legislature and the governor have previously approved a $32 million appropriation to the PCE fund this year, but Dunleavy has swept those funds.

“By taking this position, the Governor has constructively, but unlawfully, vetoed this year’s FY2022 rural energy subsidies, and beneficiaries of the PCE program are expecting to see their utility rates immediately and drastically go up,” the lawsuit reads.

In a statement issued Monday after the lawsuit was filed in Anchorage Superior Court, Gov. Dunleavy said that, in order to fulfill their duties, executive and legislative branches both need clarity from the court on whether or not the PCE is lawfully subject to a sweep.

“I have authorized my administration to pursue an expedited judgement on the future of the Power Cost Equalization Endowment Fund,” Dunleavy said in his statement. “This issue is too important to delay any further. A decision by the court will help clarify what is in the General Fund and what is not to determine what gets swept into the Constitutional Budget Reserve to repay it.”