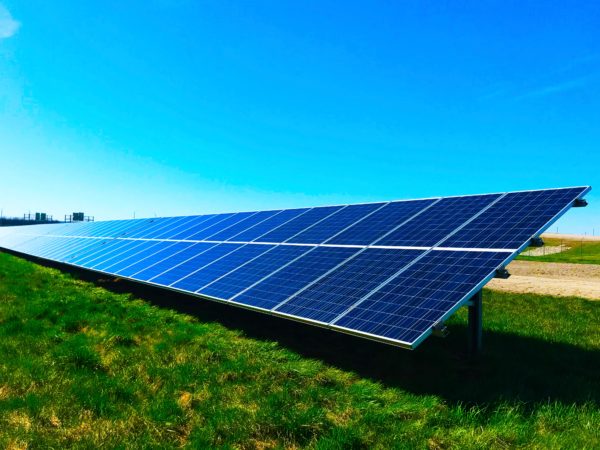 PINE RIDGE, S.D. — On the western edge of the Pine Ridge Reservation in South Dakota, tribal officials hope a major solar energy project will help tap into the vast potential of renewable energy projects on tribal land across the U.S.

The planned Lookout Solar Park project — which could exceed $200 million and add up to 140 megawatts to the state’s paltry solar energy portfolio — would be the largest of its kind in the state. The South Dakota Public Utilities Commission could vote on a settlement agreement for the project this month. 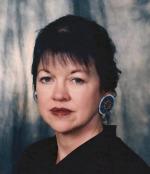 Lynn Dee Rapp, founder of Eagle Opportunity and a tribal citizen of the Oglala Sioux Tribe, said the Pine Ridge Reservation includes a “significant amount” of land that could be developed for utility-scale solar or wind projects, and that a nearby transmission line has capacity to take on more power. These are key requirements for tribes interested in pursuing large-scale renewable energy projects as an economic development pathway.

Rapp added that the Lookout Solar Park would employ 200 to 400 people for construction, with a hiring preference for people living on the reservation through a Tribal Employment Rights Ordinance (TERO). German developer Wirsol Solar AG is leasing the property from Rapp’s family.

“The important thing that will happen is employment,” Rapp said of the project. “We are lacking in opportunities that produce jobs.”

The multi-million dollar investment includes land leases and an 11-mile connection to the nearby Western Area Power Administration’s transmission line. If approved, developers would need off-takers for the power, which Rapp is optimistic could be found through virtual power purchase agreements with large corporations.

The Lookout Solar Park highlights both the opportunities and challenges for large-scale renewable energy projects on tribal land. The projects can lead to construction jobs, new investment and greater self-sufficiency. However, obtaining financing, identifying suitable and large tracts of land, overcoming federal government bureaucracy, and access to both transmission lines and power off-takers remain barriers.

However, an increasing number of tribes across the U.S. see economic development potential in clean energy.

Solar, in particular, is “creating economic opportunities, people are going to work learning this new way to honor the old ways,” said Henry Red Cloud, founder of Lakota Solar Enterprises. “Our language, songs, dance and ceremonies are all based around the sun. (Solar) is taking this up to the next level and bringing that forward.”

Federal and tribal officials have identified thousands of megawatts of renewable energy potential on reservations. The Pine Ridge project is among dozens of proposed solar and wind projects on tribal lands, Bloomberg reported this year, including 500 MW in solar projects on the Moapa River Indian Reservation in Nevada.

Red Cloud has called renewable energy “new casinos.” He has spent more than a decade training more than 1,000 students to install residential solar heating systems, and has visited more than 100 tribes to discuss clean energy opportunities.

Including solar with wind, geothermal and hydropower represents a “new cash flow for Indian Country,” he said. “Over time, we can create our own economies. It’s basically a commodity we can trade and sell our power.”

“The opportunities we’ve gotten from gaming over the past 25 years have been amazing,” she said. “But at this juncture, we take what we’ve learned there and move it into other economic development projects, and energy is ideal for tribes.”

“These are issues tribes deal with all of the time: To what extent the tribe is using its resources to help people within the tribe and the people living in the area versus a purely economic engine that is really focused on benefits elsewhere,” he said.

Rapp said a goal of the Lookout Solar project is to replicate the model elsewhere. She and other advocates are helping identify sites near transmission lines, a crucial requirement — and barrier, at times — for rural renewable energy projects.

“We want to replicate this in Indian Country,” Rapp said, adding that multiple tribes in the Great Plains have sought more information about the process.

In pursuing utility-scale projects, tribes also would work with the Bureau of Indian Affairs to take land out of trust. The Pine Ridge project would take roughly 810 acres designated for grazing, Rapp said.

“We have a good amount of background in terms of what has been effective in tribal applications,” Doris said.

Rapp called renewable energy as tribal economic development “absolutely unique. In the first place, there are very few developers who are willing to take the chance of working on reservations,” she said. “They don’t understand tribal sovereignty.”

Although tribal leaders see great economic potential in renewable energy, several key challenges persist. These include finding funders to back major projects, maintaining sovereignty over the federal government and accessing transmission, to name a few.

“Getting the transmission line to come to Indian Country” is a “major hoop” facing tribes, Lakota Solar’s Red Cloud said. “That way Indian Country can get involved in these huge-scale solar and wind projects and transmit their power anywhere in the country.”

In October, the National Congress of American Indians passed a resolution calling on the U.S. Interior Department to adopt new regulations over Tribal Energy Resource Agreements that remove “bureaucratic barriers to permitting the use of these natural resources in a timely, efficient and cost-effective manner.”

The resolution says these barriers have cost tribes “millions of dollars in economic development and growth in Indian Country,” and asks for authorization for tribal nations to conduct the permitting for energy projects on tribal land.

A 2015 report by the U.S. Government Accountability Office found that the Bureau of Indian Affairs had limited energy projects on tribal lands, mostly because of a lack of skills and management.

“It gets even more complicated if you have a Native community that wants to develop a project and hook up to the larger grid,” he said.

However, not all tribal land can accommodate large-scale solar or wind projects.

The Winnebago Tribe of Nebraska, for example, has pursued smaller distributed solar projects that offset the tribal government’s energy usage. Rather than an economic development engine, solar is seen as a path toward self-sufficiency, said Ann Marie Bledsoe-Downs, vice president for community impact and engagement at Ho-Chunk Inc., the tribe’s economic development agency.

“The commercial market for renewable energy is just out of reach. In some senses, it requires a large land base and a lot of investment — that’s not where we’re at,” Bledsoe-Downs said.

Ross of the Great Plains Institute said tribes across the U.S. are weighing the potential for large-scale projects versus smaller distributed installations that have a direct effect on tribal members by lowering energy costs.

The declining costs of solar power has allowed the Winnebago Tribe to see a faster return on investment, Bledsoe-Downs said. As of July 2018, the Winnebago Tribe of Nebraska reportedly had more installed solar capacity than any Midwestern tribe, at 400 kilowatts. The tribe is now ensuring new construction is able to accommodate solar if needed.

Energy savings, she added, are reinvested into tribal or community programs.

“It’s really been a game-changer,” she said.

As costs continue to decline, large- and small-scale solar power makes for an enticing prospect for U.S. tribes. For utility-scale projects, which could be a new source of tribal income and employment, Rapp at Eagle Opportunity in South Dakota feels a sense of urgency.

“I know there’s a great opportunity in the energy field for tribes,” Rapp said. “We must take advantage of those. If not, the non-Indian communities surrounding us are going to jump in ahead of us. They’ll fill the grid and we won’t have any opportunity, so we’ve got to get going.”

Donate
Free Newsletter
About The Author
Author: Andy BalaskovitzEmail: This email address is being protected from spambots. You need JavaScript enabled to view it.